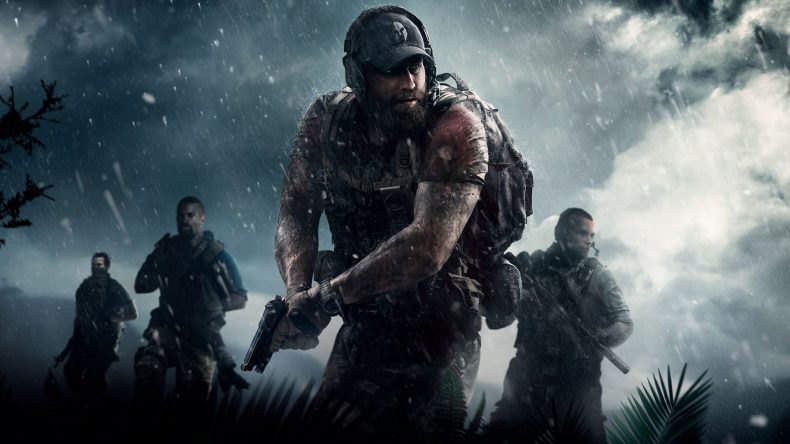 I spent a lot of time in the closed beta for Ghost Recon: Breakpoint and I’m not really sure what to say about it. Why? Well, because it feels very much like Breakpoint doesn’t really know what it wants to be.

The beta was mostly available for players who have pre-ordered the game and consisted of two early story missions and a few other side missions. Like 2017’s Wildlands the playable area of Breakpoint is huge and players were largely free to explore the extensive map looking for gear and taking on the various enemy factions, as well as try out the 4v4 PvP.

For me, Ghost Recon has always been a tactical shooter, one that I’ve enjoyed, but never really properly gotten into. I spent a fair bit of time with Wildlands and enjoyed it for the most part as it was an interesting blend of open-world freedom, with a tactical edge and lots of toys to play with. It was also a lot of fun with a few friends. The tone of it felt off though, as it was a curious mixture of GTA style nonsense wrapped up in a po-faced military sim that didn’t quite sit right with me. Breakpoint seems to be a further dilution of that which helps the Ghost Recon brand to stand out from the other Tom Clancy franchises owned by Ubisoft. The biggest addition to Breakpoint is “Gear” levels. Much like in The Division your character has their own level and then a gear level, which will dictate how much damage you can do. Your gear statistics are based on a average of all the items in your inventory and will drastically impact which enemies you will be comfortable taking on and when, which does a lot to negate the idea that Ghost Recon is a tactical skill-based shooter. It seems others in the community have the same reservations I do about this new addition and the Developers were keen to point out in a Q&A on the forum that Breakpoint is still very much supposed to be a skill-based military shooter. My issue is though, how is that the case if player power is decided by their gear level?

In the lengthy Q&A, the dev team stressed that they wanted to encourage players to experiment with different weapons, as their data logs from Wildlands indicated that players tended to pick one weapon and then stick with that throughout the course of their time with the game. There are certainly lots of weapons to pick from; even during my limited time with the beta I came across a fair number and most of them felt very different to use for the most part. I can see that there is plenty of scope once you have amassed a fair collection to equip variant types that will work better with the different class paths you can choose for your operator, my issue is that there is a randomness to the loot drops that doesn’t wholly sit with me in a shooter franchise that has spent the best part of nearly twenty years positioning itself as a highly skilled tactics based game. Gear level aside, there are a few other issues I had with the beta, ones that I hope will not be present in the full release. Visually Breakpoint doesn’t seem to be up to the same admittedly high standards that more recent Ubisoft releases have set. Contrasting against Wildlands, the environments just don’t seem as crisp as they did in that title with bland, low textured buildings. Character animations are a little off as well, with the running motion of my operator making it look like she is constantly one fart away from shitting herself. There are some nice visual effects though with clever lighting changes entering and exiting buildings and the grass wafting in the breeze. I particularly liked the prone ghosting that your character can do to camouflage themselves near enemies and anticipate that I will utilise it a lot in the main game (although a slight speeding up of the animation wouldn’t go amiss!)

The audio is good, with some cool directional sounds, and the guns have a meaty sound to them when you are firing. The vehicles on the other hand sound very strange with an unpleasant bass rumble to them, especially the dirt bikes. Character dialogue is also laughably awful, with enemy grunts shouting warnings out to their pals like “be careful, these guys eat bullets and shit lead”, but I’ll be honest I wasn’t expecting anything amazing for this type of game. Breakpoint seems to be an amalgamation of a lot of Ubisoft’s franchises, from the RPG-like gear levels of The Division, the clue solving and autonomous map orienteering of Assassin’s Creed Odyssey, and even a watered down version of the class and skills based operators of Rainbow Six: Siege. The result is a beta that was certainly fun to play, but also feels a little confused in its identity – a shame really because Ghost Recon as a brand has always been very specific in its appeal. At present Breakpoint feels like a looter-shooter-lite, the mechanics of which will certainly make it more compulsive to play, but at what cost to Ghost Recon as a brand?

Likes to shoot stuff and wear pretty shoes. Is a BEAST at Titanfall.
MORE LIKE THIS
breakpointghost recon breakpointtom clancyUbisoft