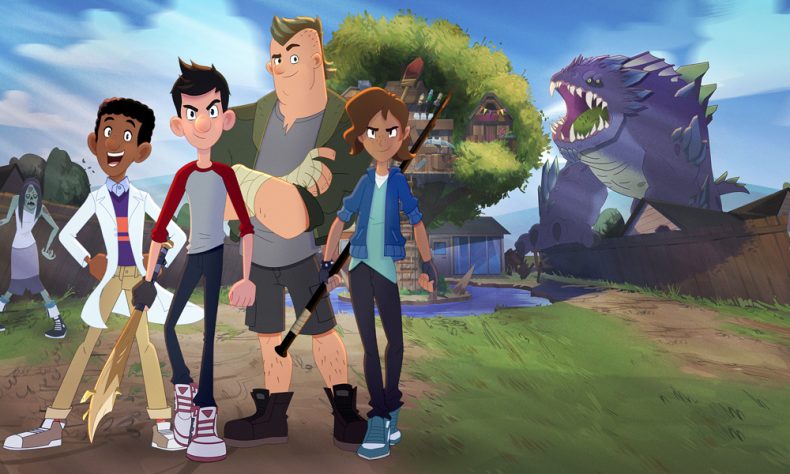 Atomic Cartoons, Cyber Group Studios and Outright Games have partnered up to bring a video game adaption of the Netflix series ‘Last Kids on Earth’.

The Netflix series is based on Max Brallier’s books of the same name and the game will release on PC and consoles sometime in 2021.

The video game will be adapted in conjunction with the producers of the animated series. If you’re interested, a special episode is on Netflix now.

If you’ve never heard of ‘Last Kids on Earth’ it follows a group of kids, shocker I know, in a post apocalyptic world. In the group is Jack Sullivan who, along other middle schoolers, live in a decked out treehouse. They do the normal kid stuff, play video games, eat junk food and fight zombies. Just another day in the life of a kid in Wakefield.

“We are thrilled to have gamers play as our venerable series leads, Jack, June, Quint and Dirk, and partake in thrilling apocalyptic adventures throughout Wakefield – with both familiar and new monsters and zombies,” said Matthew Berkowitz, Chief Creative Officer, Atomic Cartoons and Thunderbird Entertainment. “The Last Kids on Earth is such a captivating series, and it is awesome to see it being embraced by audiences internationally and in many formats. Working with author Max Brallier, and evolving this story into a global franchise with books, an animated series, a video game and toy line, is an incredible experience for everyone at Atomic.”

Thierry Braille, Vice President, Interactive and Video Game Division, Cyber Group Studios, said: “We are delighted to come together with Atomic Cartoons and Outright Games to announce a video game based on The Last Kids on Earth. The combination of this wonderful IP and the very promising game design made by Outright Games will deliver an amazing video game which will contribute to expand The Last Kids on Earth universe”.

Terry Malham, CEO of Outright Games, also noted: “After reading the books, and getting a preview of the Netflix series, we jumped at the chance to work with Atomic Cartoons and Cyber Group Studios to develop a video game based on The Last Kids on Earth. It has all the hallmarks of a successful franchise – comedy, adventure, friendship, fun – and we look forward to gamers around the world coming along for the ride when we launch in 2021.”