previous
A new initiative is heading to Elite Dangerous
random
next
WWE 2K20 looks incredible, but gameplay is still very much a problem
0 comments 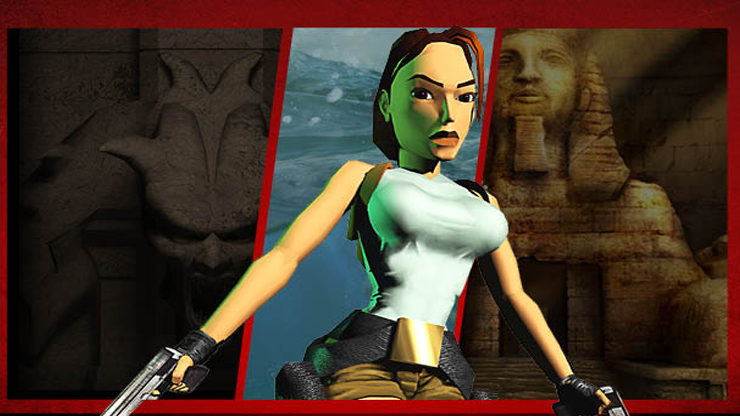 It seems pointless to talk about how video games have a huge impact on popular culture. They are pretty much on par with movies, TV shows and pop music, so it’s no wonder that you can find the logo of your favorite game on various kinds of merchandise. Moreover, many casinos offer slot machines inspired by famous video games. Here are some of them:

The iconic arcade game must be one of the most legendary fighting games of all time. The first game was released in 1987 and since then, millions of copies have been sold. Of course, casinos instantly recognized the potential of this game, so the slot machine became hugely popular pretty quickly.

This slot machine is a 5 reel 25 pay line game, which in practice means pretty solid betting options. You will find all kinds of familiar symbols, such as two fighters, boxing gloves and skull necklace, as well as the famous “Street Fighter” logo. If you are a Steet Fighter fan, you must try it.

The famous protagonist Lara Croft appeared for the first time more than two decades ago. Since then, we have seen numerous versions of the game and in all cases, she is not just an archeologist, but super hot as well. After all, it appeared on the screen as well, portrayed by Angelina Jolie. Today, we are talking about one of the most popular franchises among video games. [read more: Microgaming celebrates new Lara Croft project]

The slot machine is a 5 reel 15 pay line and there is a plethora of symbols. Lara is appearing two times, while there are also familiar symbols like the Idol, “Tomb Raider” logo etc. Free spins include exclusive symbols as well.

You will hardly find a video game with so many sequels. The legendary first-person shooter video game appeared for the first time 16 years ago and since then, new versions have been coming out every year. Therefore, it’s not hard to presume why this is one of the most popular franchises in the world of video games.

When it comes to slot games, we should say that there are numerous versions of slot machines based on this video game. All of them differ in so many ways, starting from the facts that there are both WWII and modern warfare inspired versions. In any case, you will definitely like this slot machine if you are a true Call of Duty fan.

Just like Max Quest, another highly successful video game that appeared for the first time in the 90s. Since then, we saw several sequels of the game. Still, the thing that sets this franchise apart from others is that it became successful on the screen as well. Unlike Tomb Raider, Resident Evil movies and TV shows are actually good.

When it comes to the slot game, fans of the franchise will recognize all those symbols. 5 reel 20 pay line game, which also includes free spins and other kinds of bonuses.

This may not be the most popular video game in the world but definitely has a pretty large and hardcore fanbase. If you love puzzle games, you probably played this one. Those who like the game would probably like the slot machine as well.

This is a 5 reel 20 pay line and it consists of familiar video game symbols, though common poker symbols can be found as well. Free spins and other bonus games are included as well.