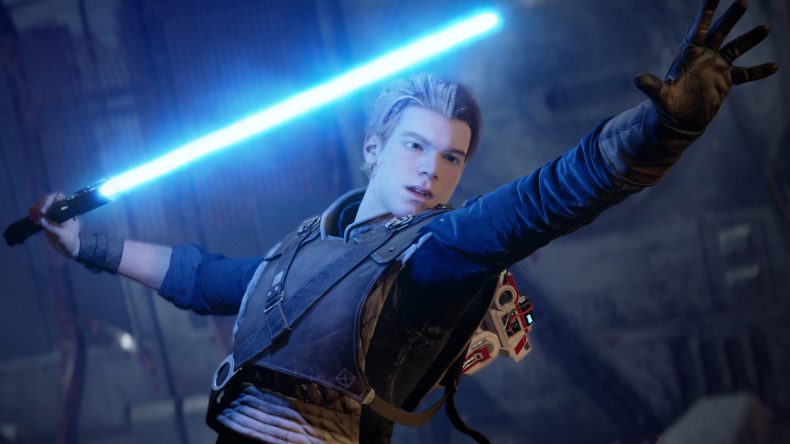 Here we go: my personal GOTY 2019 list. This may take a slight deviation from other lists you’ll see but that’s what makes it all the more exciting. Read on to find out what my top 10 is and why I think they’re deserving of their place. This was a surprise for me as previous battle royale type games were mostly only okay in my opinion. I don’t know what it is about Apex Legends that sets it above the rest but I really enjoy my time when I play. I particularly like the inclusion of revives in Apex. It adds some extra tension as you watch a team mate attempt to get you to a respawn point. Provided you have a teammate that sees reviving as a good use of their time.

I always enjoy my time with Apex thanks to each game being totally different. Even though it’s the same map, the action and how I get to the end point, as long as I do get there, are varied enough to keep it interesting.

Speaking of interesting, I can’t leave out Void Bastards. If you haven’t tried this yet, this is one roguelike that deserves your attention.

The premise of each run can be similar: board a ship, find the key item, get out. However, the further you get, the more difficult the enemies become and the greater the challenge is. More importantly, you can unlock new weapons. Void Bastards is nonsensical with a silly sense of humour, but in a good way. Like the Kittybot for example: it looks like one of those automated hoovers with a robot cat head that explodes when its health depletes.

It’s a stupid, fun time with some beautiful comic book style visuals. A game that isn’t too serious can be just what you need sometimes. When I was first told that Slay the Spire was a card-based roguelike, I was a little sceptical. I enjoy card games, like Magic for example, but I wasn’t sure if it would transfer to screen. I’ll admit I’ve never properly given card-based games a decent go. If I had I might have known how much I would enjoy Slay the Spire.

Some forward planning and strategising is always a challenge and, for me, always fun. Slay the Spire adds an extra challenge by starting with a basic deck and adding a new card after each battle you win. Obviously this makes strategising difficult but way more interesting. I want to play a game where winning isn’t guaranteed, it’s boring if I always win. What worked smoothly for one battle doesn’t mean that the next one will be the same. That’s what I love about Slay the Spire, the uncertainty. Not being able to call what’s happening from one fight to the next is what I look for most in a game like this. Something that can quickly turn with little to no warning is exciting stuff. Puzzle games and I go together as well as mac and cheese. It’s a nice fit and something that will last as long as I have the marbles to figure out puzzles. The Sojourn arrived in 2019 to test those skills and it did not disappoint. It’s definitely one of the more interesting puzzle games I’ve played with a story that sends a strong message.

The puzzles themselves are some I’ve had the most fun with in a puzzle game, especially within the last section where I was properly tested. Each puzzle type I had come across were now all in one place and I had to work out how to make them all work together. There’s something really satisfying about getting it all to work in sync. 198X is a coming-of-age story about protagonist The Kid discovering who they are and discovering the world of the arcade. In between the story sections there are 5 games inspired by arcade hits of yesteryear.

Depending on your age and experience of games growing up, game will speak to you in different ways. If you’re younger you get to experience some of the more classic type of games for the first time in bite sized chunks, while also getting an idea of the arcade scene in the early days.

For the older players, 198X gives a trip down memory lane with some arcade classics. This is what I love most about 198X. It gave me the chance to play games I remember from my childhood that are harder to get a hold of now. The visuals and music were so familiar it felt like a nice warm hug. One of the biggies of 2019 was also one of my most anticipated. I love the Gears series and 5 took it to a new level. I much preferred Kait’s story in this compared to JD’s in Gears 4. Maybe that’s because Kait is a more interesting character. Who knows?

Anyway, everything is much grander in Gears 5, like Gears of War 4 was just the setup and a way to introduce the new characters. The enemies are better, the shooting is vastly improved compared to previous games and the visuals and music are just fantastic. The Outer Wilds was one of the biggest surprises for me this year. The timed cycle isn’t a new concept but it was executed perfectly here. 22 minutes sounds like a lot of time but when trying to get things done in Outer Wilds it makes it seem like nothing. At the same time, the limit seems like the perfect amount to get to grips with each planet and its individual challenges.

I really enjoyed that each new planet needs a new tactic to deal with its environment. There’s one planet that is getting sucked into a black hole, one that’s underwater, one that’s under sand and another filled with some pretty nightmarish creatures. For it being a smaller sized game compared to most, there is so much going, with each new place full of lore and history. There’s so much to take in.

The best thing for Outer Wilds for me though was the music. If I were doing a video game OST list this would easily be in the top 3. I’m a big Star Wars fan, probably not aficionado status but I know my stuff, and I love Star Wars Jedi: Fallen Order. I was a big fan of Force Unleashed I & II and was really looking forward to another single player story focussed Star Wars game and Fallen Order ticks all the boxes. Even down to casting Cameron Monaghan who I thought was fantastic in Gotham.

Without spoiling anything, the story for me was fantastic and one I didn’t know I needed. I like seeing the off-shootss from the main story/characters. I feel like it gives the SW universe a breath of fresh air. The fact this story is canon in the SW universe makes it even better. The game itself, though, has some problems, mostly around the combat and platform areas, which has kept it off the top spot for me.

I would say that it’s a must for Star Wars fans as, while combat does have its issues, you get to use a lightsaber that can be modified into a double-sided, Darth Maul esque saber, which is just amazing. Songbird Symphony is a beautiful musical rhythm platformer based around the character Birb who attempts to learn the music of the forest and find out who they are. The story is so wholesome as you take Birb around the different areas, making new friends and helping him deal with feelings of not belonging and being different. It’s a heartwarming story and there’s no way you can’t love Birb. Unless you have a heart of stone.

The music in Songbird is the main part, obviously. Even though the songs are original, they are easy to click with meaning that I never had any problems with the rhythm part, except when the speed would pick up but that’s more down to me getting old and having a slower reaction speed. The tunes are fantastic and have stuck with me to the point I regularly find myself humming or whistling them.

Songbird Symphony is a game you can’t help but feel good playing. It’s beautiful, moving and at times so gut-wrenchingly emotional that it won’t fail to warm the iciest of hearts. A Plague Tale: Innocence is one of those games that left me totally speechless. It’s definitely up there as being one of my favourite games of all time. It has everything I look for in a game: absolutely stellar story, beautiful graphics, the acting is on point and, oof, that soundtrack. Words can’t describe how much I love the soundtrack.

There’s one scene in particular that I won’t spoil as it’s quite far in, where a track called Beyond the Horizon plays and it’s the best track I’ve heard in a long time. The scene itself is one that stuck with me as it’s such a powerful scene. The voice actor for Amicia absolutely nailed the emotion and it’s one of my best moments in a game ever.

The team at Asobo Studios have done a fantastic job in getting across how horrible a time it must have been in France during the Hundred Years’ War. The afflicted areas look miserable, the people downtrodden and you can’t help but feel how hopeless everything is. A Plague Tale: Innocence is a game you have to play. I don’t usually recommend a game so strongly but not doing so would be doing a massive disservice to the best game of the year.

There you have it. My personal GOTY list for 2019. Let me what you think and if you feel I’ve missed anything glaringly obvious. Based on what’s been released this year, I can’t wait to see what 2020 brings!

MORE LIKE THIS
198Xa plague tale: innocenceApex LegendsGame of the Year 2019