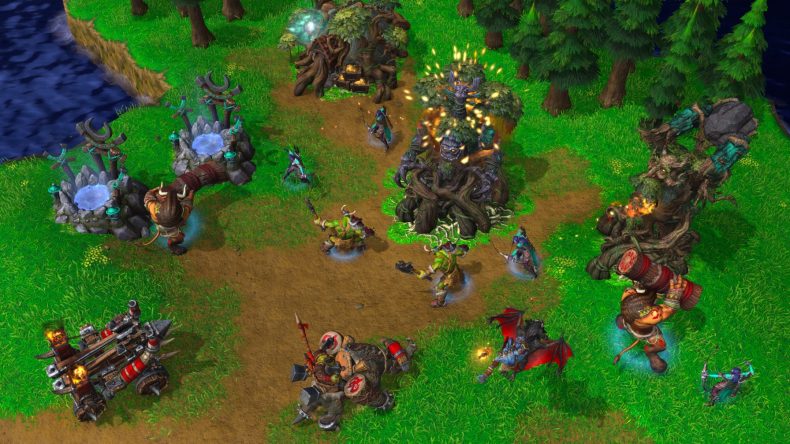 Featuring overhauled graphics, revamped World Editor and full Battle.net integration players can relive some of the epic moments in Azeroth’s history. Warcraft III: Reforged is a complete reimagining of the ground-breaking strategy game with a robust single-player story that spans seven individual campaigns. There are over 60 missions for players to work through and experience from the eyes of four factions – the Orcs, Humans, Night Elves and the Undead.

“Warcraft III is one of our proudest achievements as a company, and we’re honored that so many players around the world still hold it up as a paragon of the RTS genre,” said J. Allen Brack, president of Blizzard Entertainment. “With Warcraft III: Reforged, our biggest goal was to modernize the game while retaining everything that players have loved about it, and we hope everyone agrees that we’ve done it justice.”

Warcraft III: Reforged is available now for purchase via the Blizzard Store. The standard edition is priced at £24.99 and the Spoils of War Edition, which contains unique hero skins for Arthas, Cenarius, Jaina, and Thrall is priced at £34.99.

Likes to shoot stuff and wear pretty shoes. Is a BEAST at Titanfall.
MORE LIKE THIS
AzerothBlizzard EntertainmentReal time strategyRTS