previous
Mario is getting a brick themed makeover
random
next
DiRT Rally 2.0 Game of the Year Coming Later this Month
0 comments 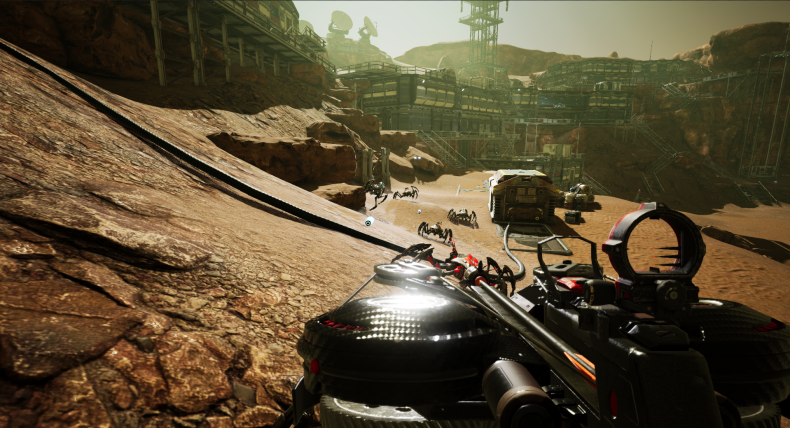 505 Games and developers Limbic Entertainment have announced the multi-platform launch of Memories of Mars.

Memories of Mars is an open-world survival game set against the fictional abandoned mining operations of the red planet.

The game is set 100 years in the future where the dream of exploiting and colonising Mars has proven impossible. You play as a recently awoken clone tasked with surviving the barren wastelands of the planet. Players will explore the terrain and build a habitable homestead whilst fighting off various dangers in the form of extreme conditions, other clone survivors and strange enemies.

There is over 16 KM2 of Martian landscape including deserts, craters, canyons, rocky planes, and mesas. There are over 120 points of interest including abandoned towns, mines, industrial facilities and bio-domes. Players will need to look after their basic needs, and co-operate or compete with other clones to gather resources, 3D print all your equipment and build your base.

Players will be guided through a loose structure with a quest-like system known as Emergency Protocols that have players performing different tasks through the environment.

Memories of Mars has been in Steam Early Access, but it has launched digitally worldwide today on PlayStation 4, Xbox One and PC with enhanced player offerings at £14.99. Players joining the mission from today will receive 10% off their purchase in the first launch week.

Likes to shoot stuff and wear pretty shoes. Is a BEAST at Titanfall.
MORE LIKE THIS
505 gamesLimbic EntertainmentSteam Early Access