previous
The Persistence releasing digitally on consoles and PC in May
random
next
This week in GTA Online: Gerald's Last Play
0 comments 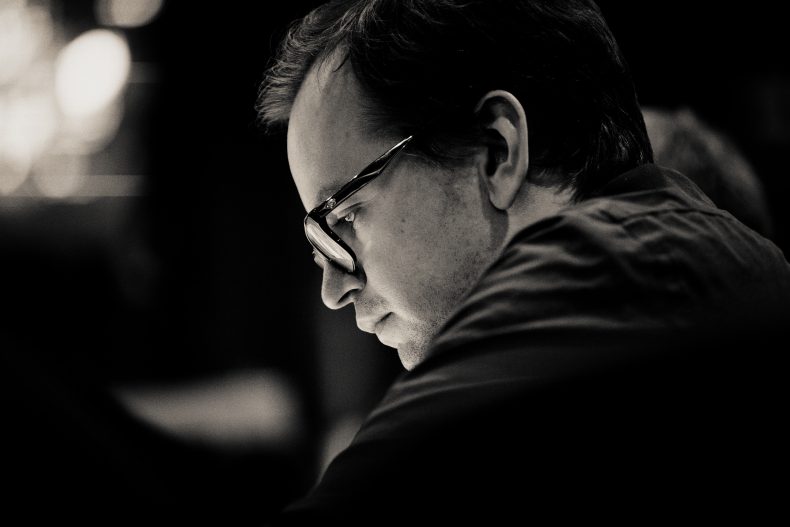 The music in Ori and the Blind Forest, and its sequel Ori and the Will of the Wisps is truly mesmeric in place. From its rousing scores to softer tones, it conjures up plenty of emotion throughout both titles. We got a chance to interview the man behind this much-loved music, Gareth Coker, to find out a little more about him and his work. We also found out about his favourite composition in the latest Ori title as well as some games he’s personally looking forward to.

What is your musical background and how many other games have you worked on prior to Ori and the Will of the Wisps?

You know, I’ve not actually thought about how many I’ve worked on until this question, all I know is if you include expansion packs, it’s easily double figures at this point. Six albums for Minecraft, ARK Survival Evolved and it’s 4 (soon to be 5) expansions, Ori and the Blind Forest, The Unspoken. I consider myself very fortunate to be in a position where counting isn’t a thing anymore!

I didn’t pursue music as a career while in school, it was an activity I enjoyed, but I was never a hardcore practicer and didn’t actually write anything until I was 16. My music teacher suggested I apply to music school – I ended up choosing the Royal Academy of Music – and I got accepted. Figured that if I got accepted maybe there was something worth pursuing, and from then on I took it seriously.

I always knew I wanted to work in the industry. Even if I hadn’t been a composer, I feel like I probably would have found a way into the game industry some other way. Gaming is the medium I feel I understand the best because I’ve been gaming for as long as I can remember!

What were your main inspirations whilst working on the Ori and the Will of the Wisps?

With Moon Studios, I’m almost always informed and inspired by what is happening within the game’s own development. It all starts with the gameplay, how Ori moves, what’s the moveset, how does the combat feel and sound, how dense is the pacing. Getting a feel for this informs basic things like tempo and how I might want to structure the music due to the game’s layout. Then the visuals come in, and that informs palette and instrumentation choices. In conjunction with all of this, I’m thinking about the various character themes, the inspiration for which comes from their stories and motivations within the game.

For the Oriverse, in terms of musical inspirations I generally don’t look to other soundtracks. I try to think outside the box and look for things that I haven’t heard before. We’re very fortunate in 2020 to be able to have amazing and free research resources (Spotify, YouTube) and I often just keep clicking the ‘related videos / songs / albums’ and see how deep the rabbit hole goes. This is extremely useful when you consider how many diverse environments (and therefore palettes) there are for Ori. Was there a conscious effort to keep the soundtrack similar or different from Ori and the Blind Forest?

Yes, but I think this is the nature of sequels isn’t it? You have to reference the original material in some way. Where we were able to expand on the musical identity was having all the additional areas and the new characters. It was particularly gratifying to be able to give Ku, Kwolok, Mora and Shriek identifiable themes that could be re-used across the game’s story. But in the end, it is a sequel, and so these new themes had to work in conjunction with the old themes, and also had to retain the DNA of the overall vibe and sound of the original. A couple of examples of this are in the track ‘Ash and Bone’. Here we combine Ori’s theme on piano, Ku’s theme on high strings, Shriek’s theme on low strings, and there are also echoes of the track ‘The Sacrifice’ from the first game, a kind of foreshadowing of what’s to come shortly after this music finishes playing. The other example is obviously the ending, where we bring everything together to round things off.

What were the biggest challenges you faced?

The sheer volume of music and having to deal with multiple schedule changes. Also we had two separate recording sessions which was a logistical challenge. However, the biggest is just dealing with the nature of how Ori is made and being able to respond to it in an agile way. Metroidvanias have so many moving parts that if you change one thing, it can affect every other department, changes don’t really happen in a vacuum. So as well as managing all the moving parts of music production, which are not just the composition, but orchestration, music preparation, recording, mixing, etc… one also has to be as responsive and as aware as possible to the constantly changing needs of the game. Do you have a favourite piece of music from Ori and the Will of the Wisps?

“Ori, Embracing the Light” simply because of getting the opportunity to tie everything together in a neat way. Generally speaking I’m proud of the entire endgame, starting at the Spirit Willow cutscene, through the final boss fight with Shriek, and then the 7 minute epilogue. I’m quite proud that all of that is completely seamless, given that it’s about 15 minutes of continuous music made up of multiple cues.

Any other projects you can tell us about?

Nothing I can talk about other than that it’s a major existing IP!

Any games you’re keen to see launch this year?

Well, with the current world health situation release dates are a bit up in the air. Having lived in Japan for 3 years and taking a keen interest in the country’s history, I’m excited for Ghost of Tsushima. I’m also extremely intrigued to see what CD Projekt Red have in store for us with Cyberpunk 2077.