In-depth new trailer for Desperados III shows off everything 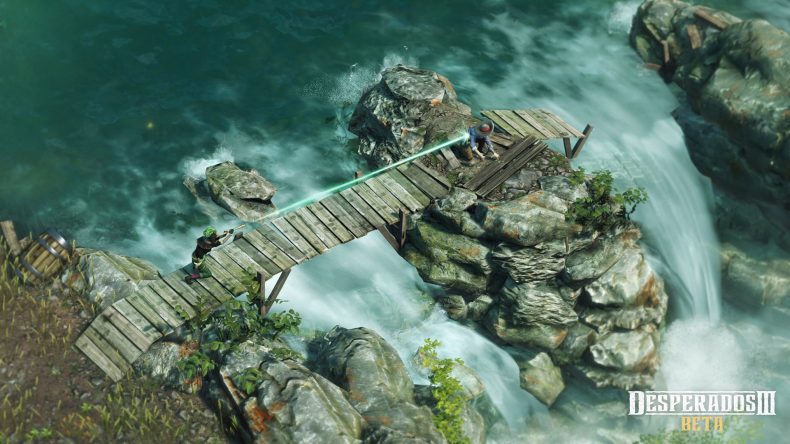 There’s a new sheriff in town for lovers of cowboy tactics, and it can all be seen in the In-depth new trailer for Desperados III. Coming out on June 16th, the new trailer shows off a ton of previously unseen content. This includes the effect of view cones, gun shot noises and pesky guard dogs.

“Desperados III is a story-driven, hardcore tactical stealth game, set in a ruthless Wild West scenario. In this long-awaited prequel to the beloved classic Desperados: Wanted Dead or Alive, John Cooper will join forces with the runaway bride Kate, the shady hitman Doc McCoy, the giant trapper Hector, and Isabelle, a mysterious lady from New Orleans. On Cooper’s quest for redemption, his adventures lead him and his gang from rural towns, over swamps and riverbanks, and finally to a dramatic showdown worthy of Wild West legends.

Play smart if you want to succeed. A good plan can make the difference between survival and finding yourself at the business end of a pistol. Combine your team’s special skills to overcome each tough challenge in your own style.”

Our own Mick Fraser loved what he played of the beta, so when it comes to PC, Xbox One and PS4 in less than a month, I’ll be saddling up and yeehawing with the best of them.