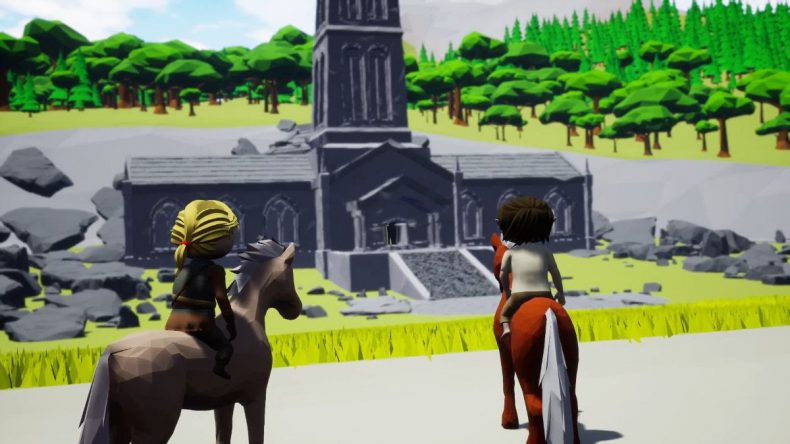 The Game Production Company has announced their debut fantasy co-op game, Adventure in Aellion, will launch into Early Access on July 22, 2020. To mark the announcement, a brand new trailer has dropped, showcasing the colourful open world, and you can watch it below:

Adventure in Aellion is an open-world fantasy epic that combines the style of old school Zelda with seamless drop-in, drop-out multiplayer to give players a grand sense of freedom, and a world filled with opportunities to explore. When the game launches in Early Access, Aellion’s open world will hopefully grow to be an expansive adventure filled with secrets. Players can pick a horse and ride through unknown landscapes, busy towns, and dark dungeons. Not only that, but players can unlock tools and treasures, or take on enemies in hand-to-hand combat.

If Adventure in Aellion sounds like something that’s right up your street, you can play the single-player beta right now by signing up on the official Discord channel, with a free co-op update coming soon.

“After our trip to EGX London in 2019, we started work on a brand new build for our growing community based on the great feedback we received at the event,” said Luke O’Donoghue, Game Production Company’s Director. “We’re now about to deliver a Beta featuring the combat, exploration, UI and dungeon improvements we’ve made based on community feedback and suggestions, we hope after this wider launch we can make even more improvements made based on feedback, and make Aellion the best adventure it can be.”

Video games are cool. Don't let anybody tell you any different.
MORE LIKE THIS
adventure in aellionZelda