Diplo returning to Fortnite for launch of his new album 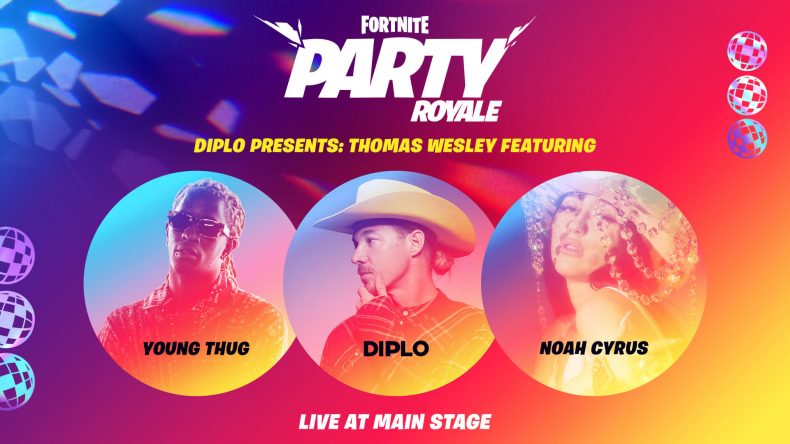 It was announced today that Diplo will be returning to Fortnite as part of his Party Royale DJ residency with the LIVE premiere of his latest album, Diplo Presents: Thomas Wesley. Featuring special guests Young Thug and Noah Cyrus, the show will begin in Party Royale at the Main Stage screen on Thursday, June 25 at 9pm ET/6pm PT.

If you’re late to the party, you can still stay for the show, although you’ll miss some of the banging tunes on offer (see, we can be cool!). For those that can’t make the performance, a rebroadcast of it will be shown on Monday, June 29 at 12pm ET/9am PT, back on the Main Stage again.

To celebrate the performance, Fortnite is bringing back some favourite outfits, such as Deadfire, Desperado, Rio Grande, Frontier, Rustler, and Nightlife. Also returning is the Knee Slapper Emote, and tons of other stuff in the Item Shop, starting Wednesday, June 24 at 8pm ET. You can read the full announcement here.

Video games are cool. Don't let anybody tell you any different.
MORE LIKE THIS
diploFortniteParty Royale