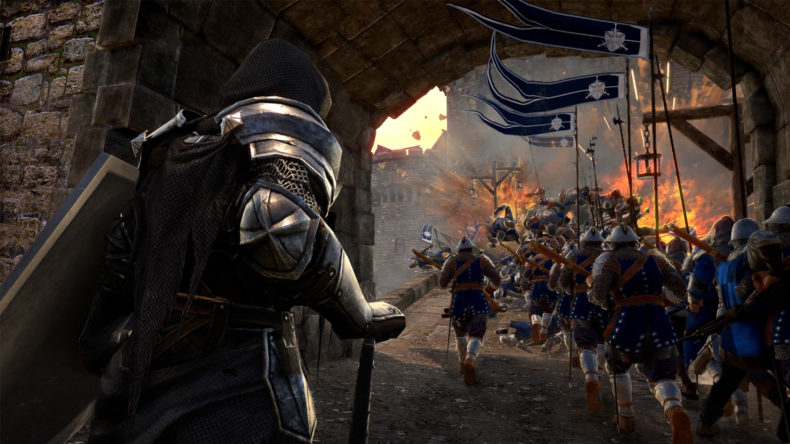 Booming Games and MY.GAMES have announced the latest season for Conqueror’s Blade is out today. Titled Blood of the Empire, the Anadolou Empire has arrived with the aim of achieving victory in Season IV. The latest content update is also free to players.

The aforementioned Anadolou Empire’s forces are headed by Sultan Faith Suleyman IV who wields impressive battle prowess. In Season IV players can wage war against the Sultan as he marches on the Conqueror’s City. Also available is the Season IV Battle Pass which unlocks new rewards. This also includes season-exclusive attire inspired by the Anadolou Empire.

Now available in Siege Battle rotation is the nigh-impregnable fortress city of Reginopolis. It’ll be down to you to attempt to stop the more determined warlords from taking the city.

Arriving on August 18 is the ability to engage in Field Battles by Land and Sea. The Sultan will be casting an eye in new places and attempting to capture golden bays and harbours.

By completing Seasonal Challenges throughout Season IV you’ll be able to recruit units straight from the Sultan’s armies. Those up for recruitment are:

Also available will be the Sons of the Steppes and Soldiers of Fortune Unit Challenges from Season II and III. The challenges will be available for the duration of Season IV.

A new EU West 3 server is now available and ready for you to conquer. If you’re a veteran player you can start again with a brand new warlord! New players can dive in and have a more relaxed journey with matchmaking and progression a little less daunting.

Medieval MMO Conqueror’s Blade gets a Closed Beta this week