previous
Vampire: The Masquerade - Bloodlines 2 pushed back to 2021
random
next
This Week in GTA Online: The Los Santos Summer Special
1 comment 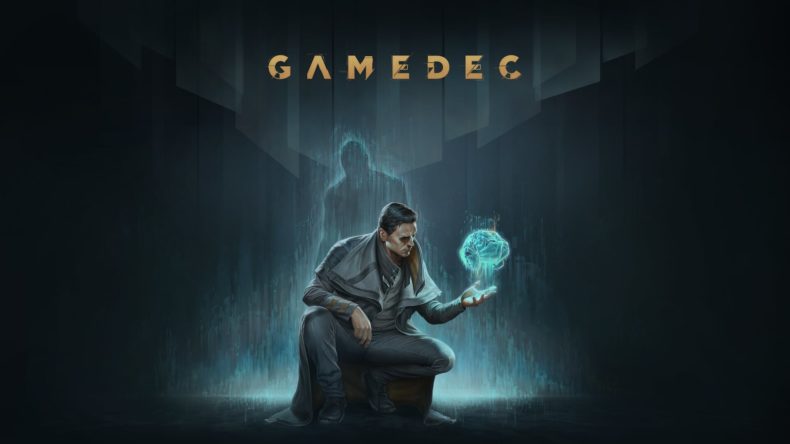 I’m mildly surprised that it’s taken this long for another game to step directly into the ring with Disco Elysium, but at first glance it would appear that Gamedec is doing just that. Using a similar viewpoint and a variety of unique-ish character progression systems, it styles you as a “game detective” in a cyberpunk world where people escape for hours or even days at a time into fully immersive video games.

Although each of these games has its own set of clearly defined rules and regulations, there are nevertheless those who use them to commit crimes. Anything goes in the alternate world of Virtualium, and people can be tempted or coerced into doing things they wouldn’t consider in real life. Bribery, blackmail, extortion, identity theft, fraud, they’re all crimes that can be committed inside games, not to mention good old fashioned theft and murder. A Gamedec’s job is to solve these crimes both inside and outside of Virtualium.

The case presented in the demo is called “Twisted & Perverted” which gives an indication of which kind of virtual worlds we’ll be exploring. It focuses on the teenage son of sleazy businessman-slash-criminal Geoffrey Haggis, who has been trapped in Virtualium in an almost permanent state of arousal for four days. Unable to wake his son without risking permanent damage or trauma, Haggis has hired you to pull the lad out of whatever grimy hole he’s got himself stuck in. 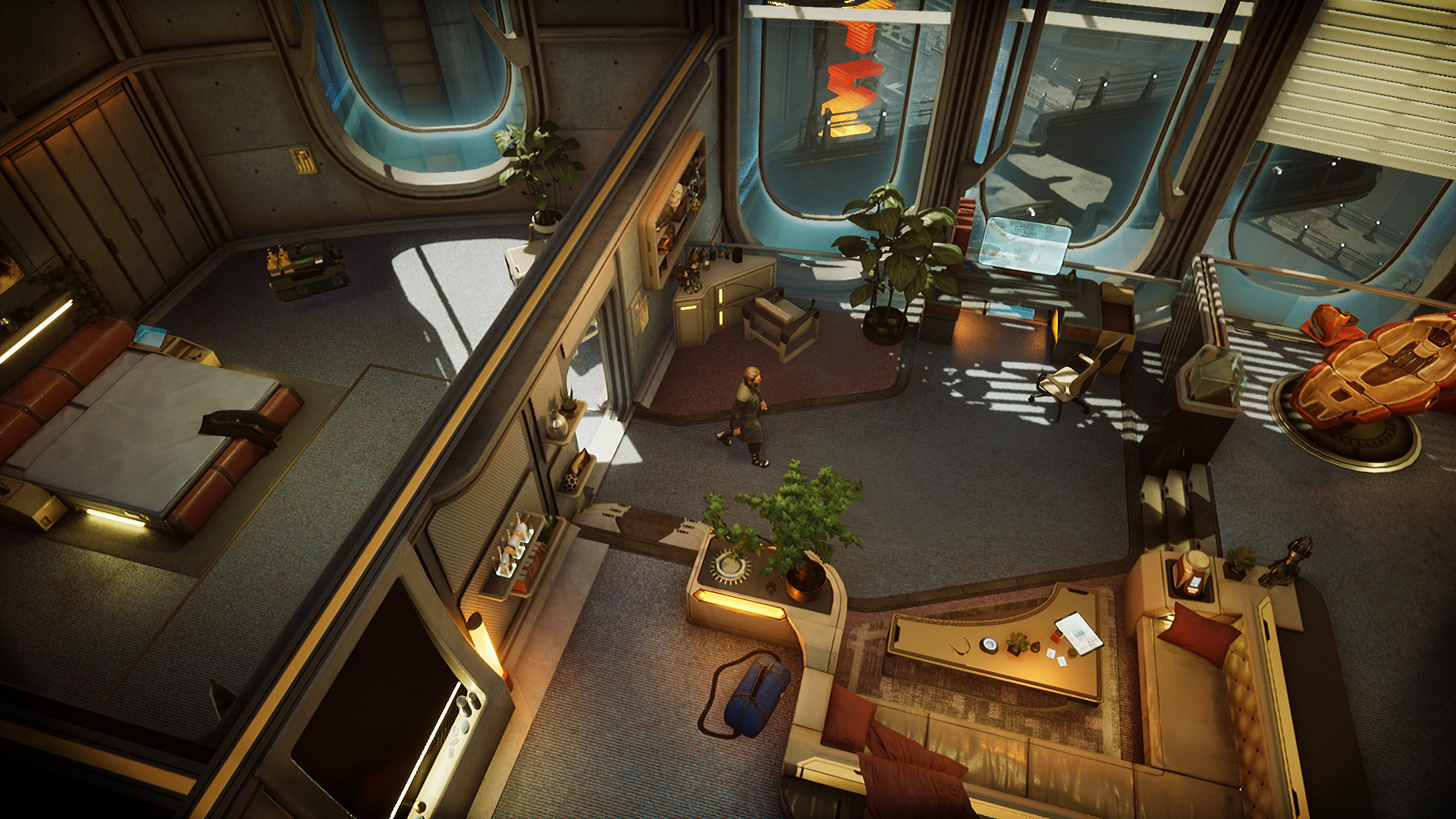 Initially you begin by choosing a background and former profession for your Gamedec. Although these choices have futuristic names they have practical applications that will serve you well in one way or another throughout Gamedec. A Glazier, for example, can erect and destroy firewalls and has extensive knowledge of hacking and virtual security, while a Scalpel is a former real-world surgeon, and a Sleeve spent time as a physical enforcer. Throughout the case these “classes” help to unlock different routes through investigations and while exploring the world, as the Gamedec calls upon his expertise to make deductions and inform his questioning.

Your main task is information gathering. The first thing you need to do is program the virtual assistant in your office, who will either be male or female (the latter being a heavily sexualised Cortana-lookalike, obviously) who you can then choose to be intelligent, playful, or flirtatious. What impact this stuff will have going forward I don’t know, because it has zero bearing on events in the demo after leaving your apartment.

Once you reach Haggis’ penthouse suite, the investigation begins. You’ll find his son Fredo still hooked up to the game using a state-of-the-art chair and suit designed to stimulate muscles, mitigate bodily waste, regulate temperature and emulate real-world feelings and experiences. Opposite is a hooker, also still wired up, who has been in Virtualium for seventeen hours. Upon talking to Tommy, Fredo’s friend who’s still waiting Nervously in Haggis’ office, you’ll learn that the boys went into Virtualium looking for some excitement in a world called Paradise Beach, but were soon tempted by the no-limits thrills of Twisted & Perverted, a dark world through which the hooker, Starlett, was to be their guide. 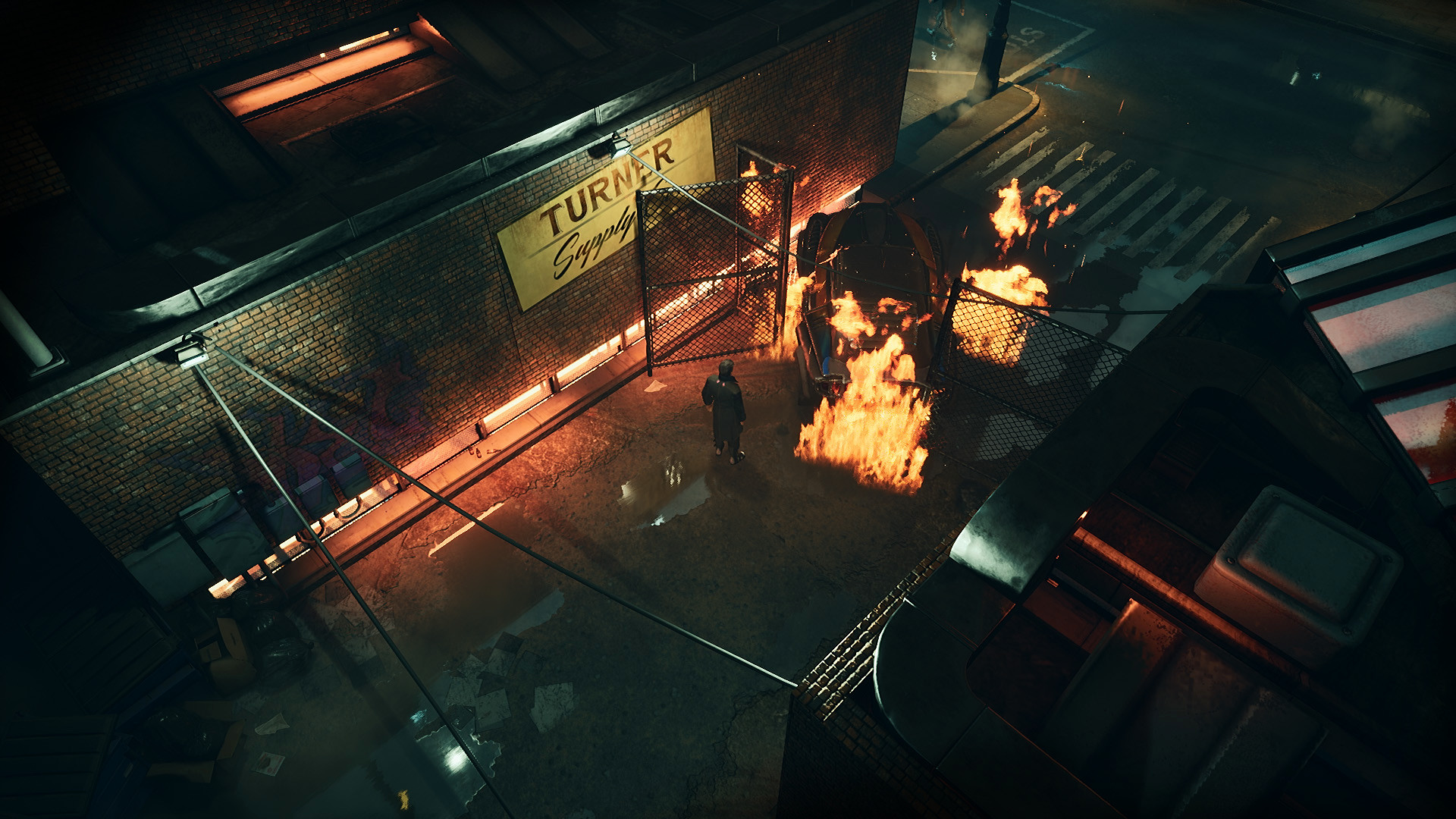 The first leg of the investigation involves talking to a noncompliant Haggis and communicating with Starlett inside Virtualium, whilst also trying to coax info out of Tommy. Some conversations are furnished with a slider that moves right or left based on whether or not you’re getting through to the subject. If you can get them on-side and push the slider all the way right, they’ll open up, giving you clues and info that allow you to make Deductions and further the investigation. You can attempt to wake Starlett and pull her out of the game, but failure to do so will leaver her comatose.

You can also hack secret compartments on Haggis’ office or access his virtual safe and email accounts to dish dirt. You can even “free” his AI assistant if you’re a Glazier, which allows her to roam Virtualium forever. She might even help you out later. Once you have the information you need, you’ll have no choice but to strap into Haggis’s spare chair and go retrieve his son from Twisted & Perverted.

Taking the form of a dingy network of back alleys, T&P features a bunch of fetishists hanging around on street corners. There’s a guy looking for his wife, a dude who died in the real world while under, and has lived in Twisted & Perverted ever since. There’s even a prankster unicorn offering some weird pleasures and trolling everyone he can. To get the info you need you’ll often have to do jobs or favours for the NPCs first. 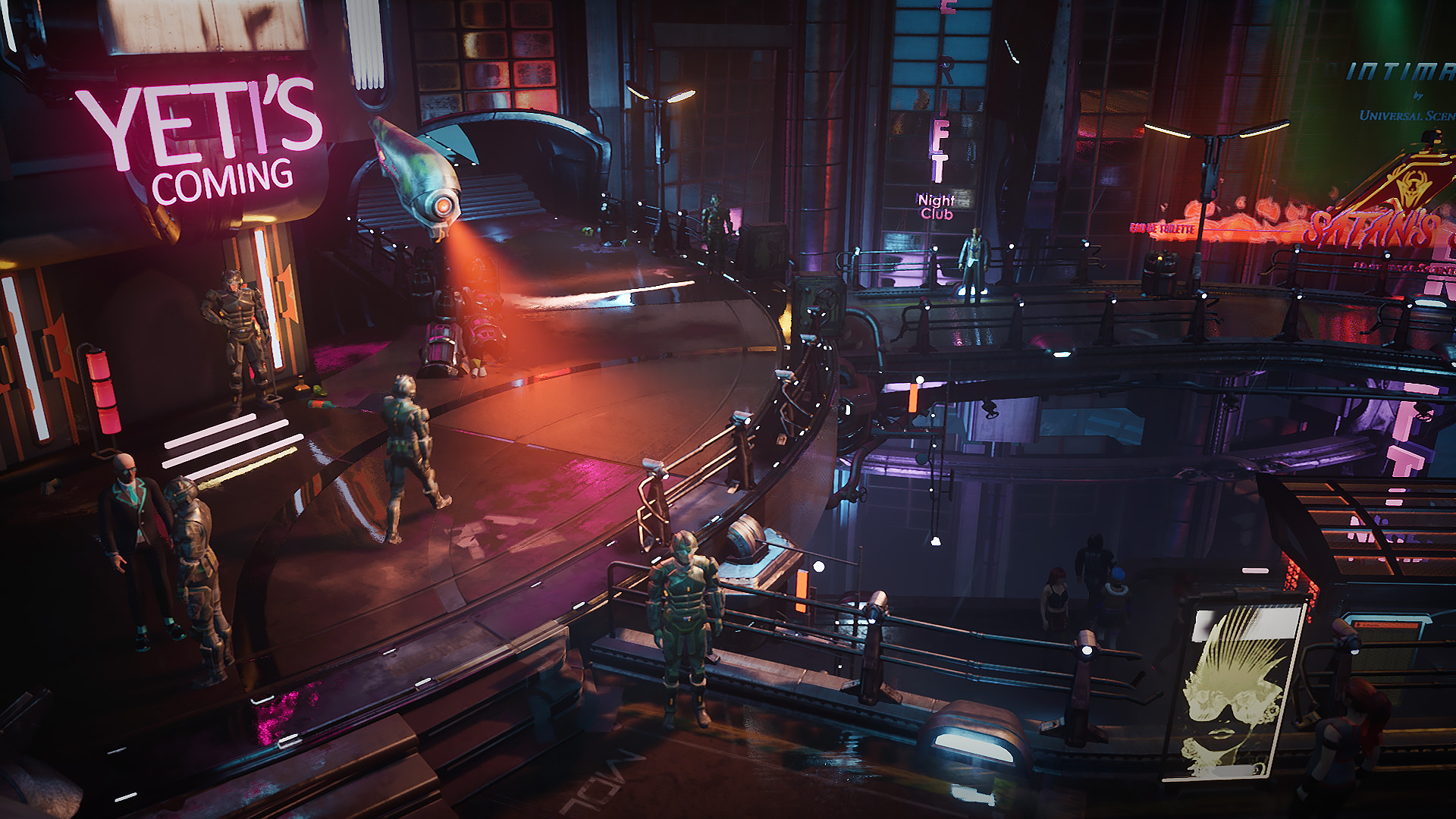 The more questions you ask, the more deductions you’ll unlock, which mark your route through the case and open up new lines of questioning. At present there’s no voiced dialogue, and while the writing is decent it doesn’t have the same level of quality as its closest rival. It also may purely be down to this particular case, but the content in the demo is very sexually focused. Character portraits look straight out of a fetish club catalogue, which is kind of the point I guess, but right now it’s a little lacking in atmosphere.

There’s also a lot of jargon to get your head around in Gamedec, with terminology for the technology and all its various elements. The full game promises different player characters (or at least skins), and a branching, changeable storyline that reacts to your choices. In the demo the path is a little more rigid, but whether there will be an overarching story and how much bearing it will have on each case remains to be seen.

One cool element is how you can use the rules of Virtualium to your advantage. At one point we got stuck behind a burning car with no way over, but a handy mine in a dumpster killed us so we could respawn on the other side. The presence of the mine in the dumpster was contrived and overly convenient, admittedly, but it was a decent example of how it will work.

We’ve also yet to see how the world looks as a whole. Character interactions were limited in what I played and most of the conversation was a little one-note (I mean, everyone in Twisted & Perverted is pretty much that). Also, the end of the case had some pretty disturbing imagery which simply won’t be easy for some players to watch, even if the level of detail isn’t particularly high.

Gamedec has the potential to be deep and repayable, but as it stands it could struggle to find an audience. The writing isn’t brilliant, but the world and concept are intriguing, and the possibilities afforded by Virtualium are many and varied. Some will be turned off by the content of Twisted & Perverted, others will see the funny side of horny unicorns and a guy who can’t keep up with his sexually adventurous wife, but what more will come with the full release we just don’t know. What we do know for sure is that it won’t be predictable, and that can only be a good thing.