OkunoKA Madness promises to be an absolute delight | Hands-on preview 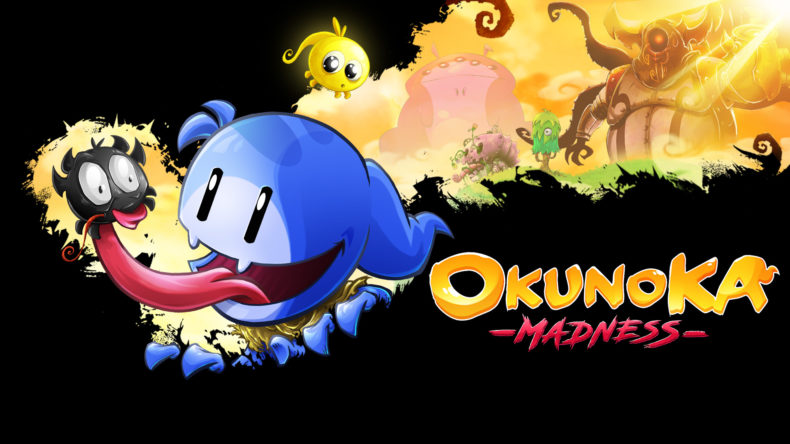 Difficulty in games is a truly fascinating subject. Some people like nothing more than overcoming a fiendish level, whereas others can be driven to the point of throwing a controller after one too many deaths. There’s a fine line between frustration and challenge that developers of trickier games need to walk, and in a “masocore platformer” like OkunoKA Madness this is especially important.

Your goal in OkunoKA Madness is simple, get to the end of the stage so your character Ka can consume the little monster waiting there. Accomplishing this is easier said than done though, as spikes, lasers and pitfalls lie between Ka and his snack. You’ll die a lot trying to reach the end of even the early stages (with no health or shields to keep you safe) but with no time to wait in between attempts you have no time to mourn. 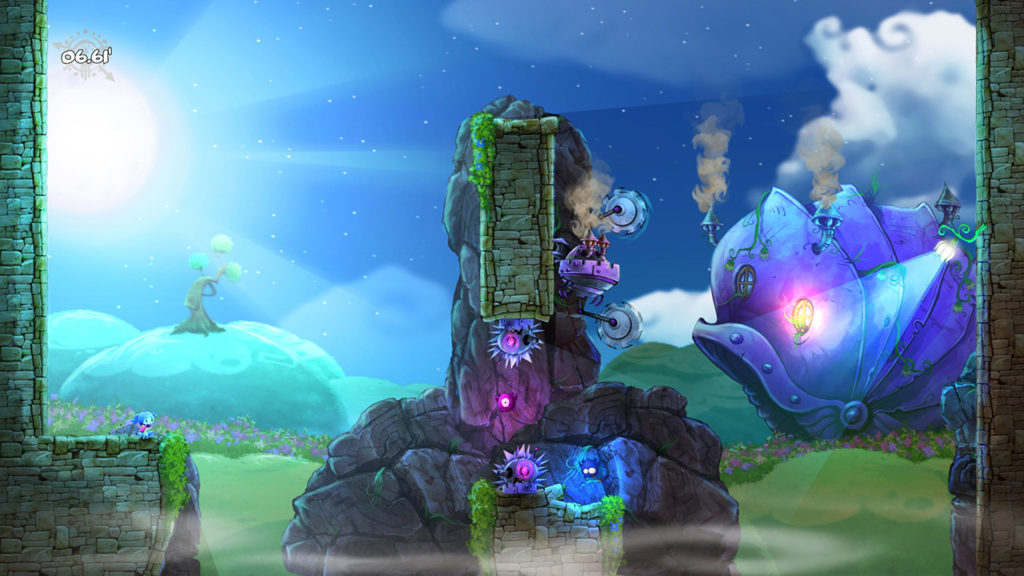 Ka controls exceptionally well, with a level of precision you’ll need to maneuver around the obstacles in your path. You can run, jump and bounce off walls to navigate through the stages, and bounding from wall to platform hasn’t felt this fluid since Super Meat Boy. When speed or distance is needed you’ll have to hold the run button to soar around danger, but when precise movement is needed to survive then it’s important to slow things down. Even in the first 2 worlds I was able to play for this preview, it became immediately apparent that this wasn’t a platformer where you could survive by simply dashing through the levels.

After you’ve got to grips with moving Ka around, OkunoKA Madness soon amps up the difficulty with platforms you can change from solid to intangible. At a press of a shoulder button, you’ll have to turn these surfaces on and off to make a path through the environment. This becomes infinitely more difficult when two colours of platforms are alternated, especially when combined with the physics of platforming and complex grids of lasers.

Each world in OkunoKA Madness ends with a boss fight, which present (you guessed it) a huge challenge. You’ll need to learn the movement patterns of these tough foes, and use your coloured platforms to find a way to avoid all contact with their instant death attacks. The first boss sees you dodging a charging behemoth by wall jumping over it, but if you don’t deactivate the wall you created to dodge its attack, then it won’t take damage from the spikes behind it. It took me multiple attempts to vanquish even the first two bosses, and I’m almost dreading the upcoming challenge of future foes. 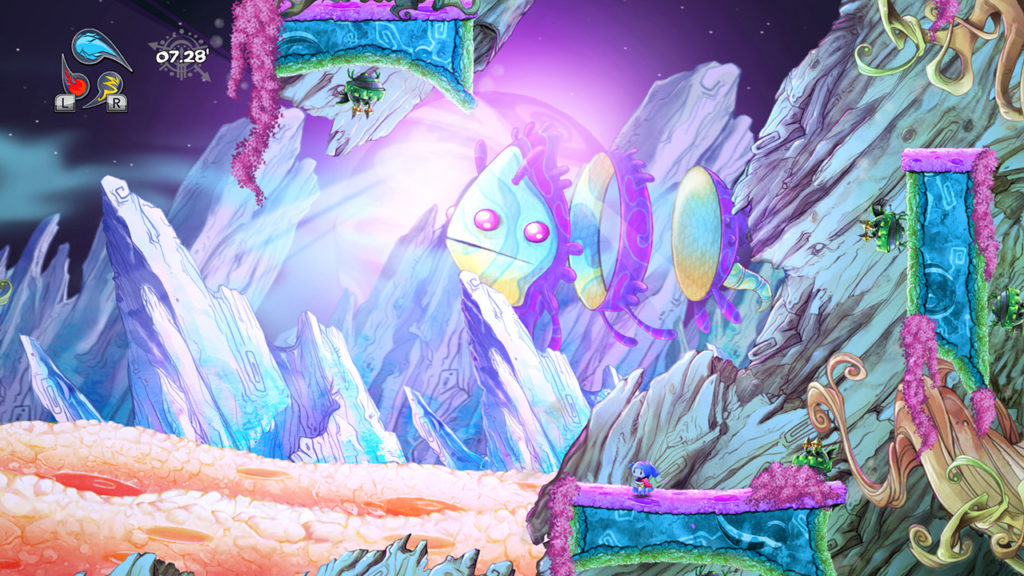 I’d be doing OkunoKA Madness a disservice if I didn’t mention how utterly gorgeous it looks. The art style is reminiscent of the UbiArt Rayman games, with backgrounds I’d gladly hang from a wall in my house and enemies dripping with character.

Although I was unable to try out these modes, in the main menu there were options for Madness mode and Time Trial mode. Madness mode promises an unfathomable difficulty beyond the main game, which I’m excited to fail at repeatedly. Time Trial sees Ka facing a full world of stages in quick succession with the aim of finishing as fast as possible, perfect for budding speedrunners.

OkunoKA Madness promises to be an absolute delight for those with the patience to handle its incredible level of difficulty. The controls are simply sublime, and the use of platforms you can turn on and off added a layer of complexity I really enjoyed. I cannot wait to spend hours failing over and over again at the same stage when OkunoKA Madness releases next month.