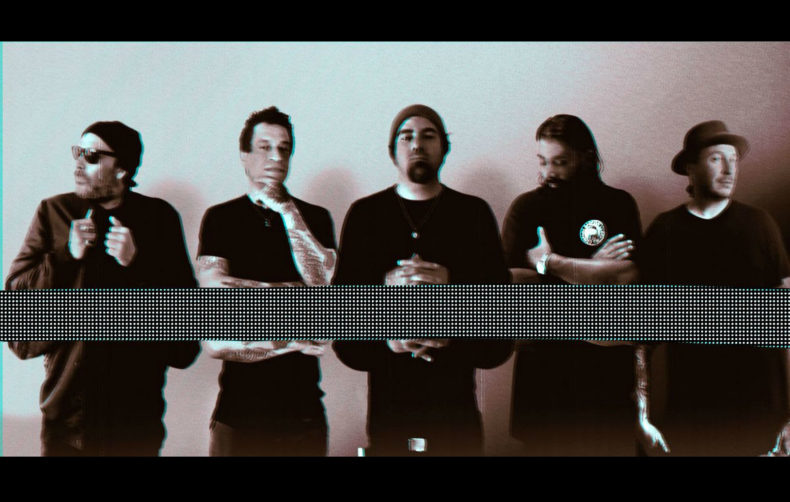 Over nine albums and half my lifetime, Deftones have been more reliable and consistent, and as there for me as anyone or anything else. No matter what has gone down in my life, I can relate to each period by something laid down by Chino and the Sac Town boys. Teenage hedonism, goth eyeliner period, scary slides into drug-induced oblivion, and finally finding peace in my heart and mind have all been soundtracked by the sensitively constructed brilliance of a band influenced by so many of my own musical cornerstones.

Ohms is no exception, released on the day before the first birthday of my grandson. But neither of these things make me feel old, because the band continue to evolve and never sound like a dinosaur act that the kids can’t get down with. Plus I am a pretty kick-ass Grandad.
In the time honoured tradition, the album kicks off with an absolute burner. Genesis begins with an almost Pink Floyd-ian synth intro, before kicking the party off with a riff heavier than the Pope’s balls. Stef Carpenter has been fucking about with some bonkers multi-string axes, and his crushing dissonance fills the joint with a driving, pulverising menace. It’s a vintage Deftones opener, right up there with Minerva and Swerve City.

The sense of warm shoegazey metal envelops the listener with each monstrous tune. You can hear the influences of Chino faves Hum, who themselves released an utterly incredible comeback record this year. The Spell Of Mathematics has a mesmerising groove that breaks down into the same sort of chaos as Diamond Eyes standout You’ve Seen The Butcher. The thrilling quiet/loud “Jesus chriiiiiist” refrain of Pompeij gives way to the somehow even better This Link Is Dead courtesy of a Frank Delgado synth interlude that wouldn’t be out of place on a Blade Runner soundtrack.

The record closes with the best song, hands down. The eponymous finisher is one of the highlights of their career, and an absolutely sensational piece of work that showcases the unique vocal talents of Moreno, sounding more vital than ever. We already know he has the best musical taste of anyone that emerged from the cultural wasteland that was mid 90s rap influenced metal, and here he stands tall, wearing his heart on his sleeve as Carpenter finishes the thing with the most astonishing riff he has ever committed to wax. Its Deftones doing Deftones shit, and its easily their best album for nearly a decade, a hell of an accolade for such a bastion of metal excellence.