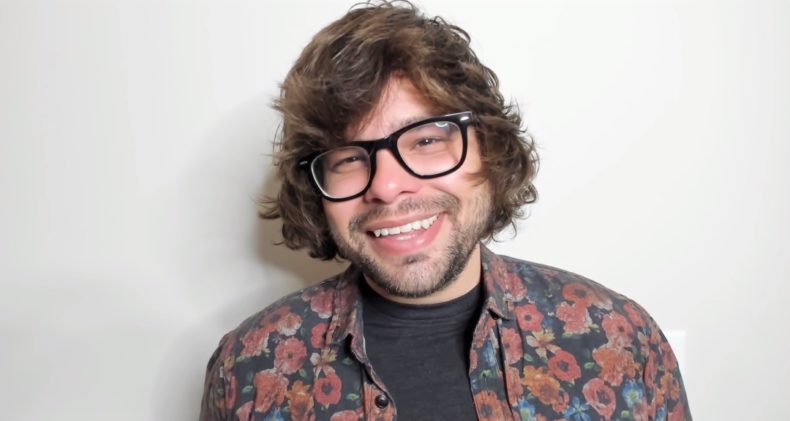 Guillermo Del Toro’s Trollhunters Tales of Arcadia has been a huge success worldwide, and last month the first video game based on the franchise released for PlayStation 4, Xbox One, PC, and Nintendo Switch. Trollhunters Defenders of Arcadia sees you play as Jim Lake Jr. and Claire in a couch co-op side-scroller to stop Porgon the Trickster Troll and plenty of unknown forces. We had the pleasure of interviewing Charlie Saxton who plays Toby in both the TV show and the video game. We found out what it was like working on the show and how the job came about, what it means to be a part of the franchise, and much more.

Q: How does voice acting for the show and the game differ?

I would say the difference between voice acting for a show and a game is that when you’re recording the show, there’s only one storyline or one narrative. But for a game, there are multiple paths, storylines and routes players of the game can choose. So when it comes to a game like Trollhunters Defenders of Arcadia, we have to record all of those different reactions and all of those different responses. It’s really cool, it’s like being part of a ‘choose your own adventure’ game in a way.

Are you a big gamer, and what would you say your favourite game of all time is?

I’ve always been a casual gamer but, over the last few months I’ve gotten more time to play a bit more seriously because of COVID. I’ve played through the South Park games which are great and I’m currently playing Red Dead Redemption and the Remastered version of Tony Hawk Pro Skater. My favourite game of all time is probably Tony Hawk’s Underground but honourable mentions must also go to Mario Kart 64 and WWF No Mercy.

In terms of consoles, I currently have an Xbox but all of my friends have PlayStation, so I’m waiting for cross-platform to happen on more games. Fingers crossed someone reading this will take that into consideration, but I may have to get the PS5 when it comes out, it looks pretty sick. 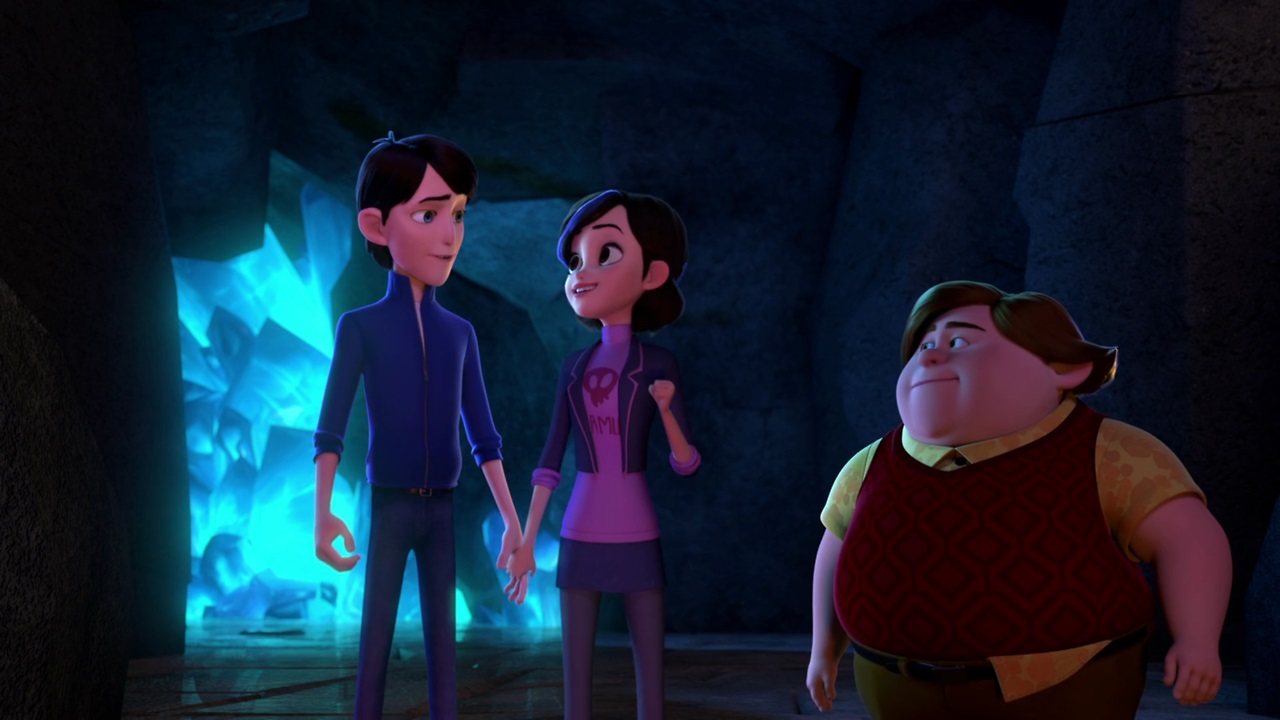 Have you always been Xbox, or have you been a PlayStation fan back in the day?

I was a PlayStation 2 fan back in the day but then I switched to Xbox about ten years ago. I remember exactly what made me switch too. I specifically remember choosing which console I wanted to get based on who had the better resolution of the Ghostbusters game when it came out in around 2009. I did a fair bit of research and people were saying the Xbox 360 had the better quality for the Ghostbusters game. So that’s what I went with, and I’ve stuck to it for about 10 years now so, maybe it’s time to change. Or maybe I could have both! There’s nothing wrong with having both.

How did the Trollhunters job come about?

Initially it was just an audition that I read for as an actor but as soon as I read the script I really connected with the Toby character. He’s kind of like a character arc type that I always admired in those classic 80’s adventure movies – The goonies being a classic example. I’ve always admired Chunk and he was my favourite character, and I feel like I was meant to play this guy and put my own spin on a character type that I’ve always admired. It’s pretty special. 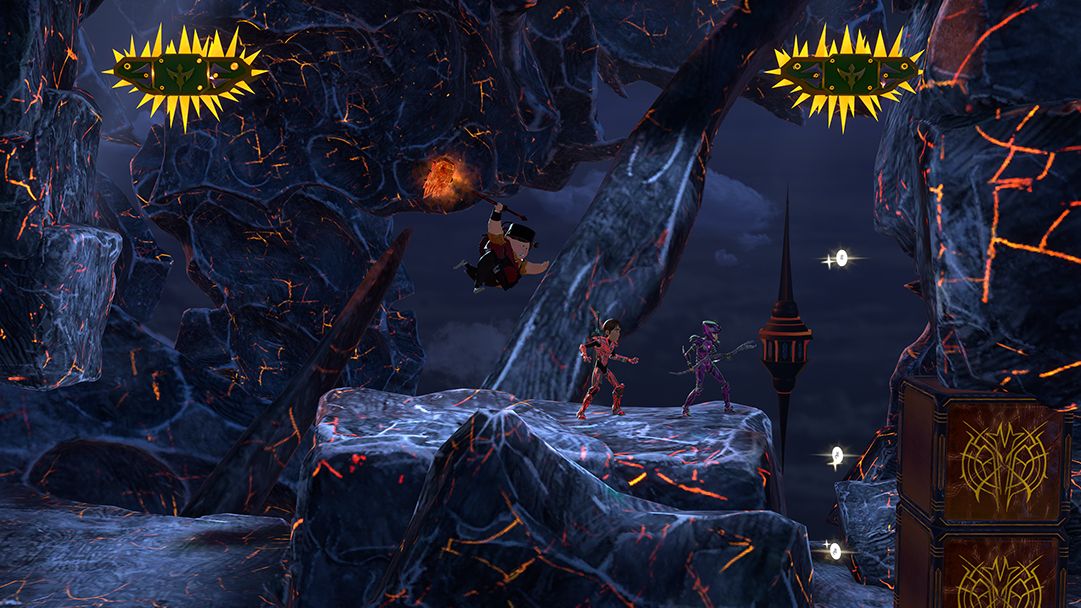 What’s your favourite thing about playing Toby in Trollhunters?

He’s just got the best lines. He’s got the one-liners, whenever I have a recording session and I’m playing Toby we’re always just laughing, having a good time and trying to come up with as many jokes as we can so it’s definitely that… he’s got the best jokes.

What’s your favourite memory of working on Trollhunters, either on the show or the game?

My favourite memory from the show itself is when we introduced it at COMICON. We did this huge panel with everyone involved. Guillermo del Toro, Ron Perlman, Kelsey Grammer, Stephen Young, Marc Guggenheim, and then somehow me sitting right in the middle of everybody. It was just so much fun because we’d already been working on it for a couple of years already but people hadn’t seen it before, and seeing the reaction live and hearing people was amazing. It was also Guillermo’s birthday so I was in the middle of answering a question and Ron Perlman just walked offstage and I was like, “what’s this guy’s problem?.” You know, I had just met him that day, and I
was like did I offend him? And then all of a sudden he comes walking on stage with a birthday cake and everybody starts singing happy birthday to Guillermo. It was just great. It was a really lovely way to kick off this fun family in the universe that Guillermo created. That definitely is my all-time favourite for sure.

My favourite moment from working on the game? Like I said before, we had to record different sounds and different efforts and I believe there was a coughing or a gagging effort that I had to do. Let’s say I got a little too committed to it and in the end there was almost a real-life recording of me spewing in the booth. That was definitely a memorable moment. 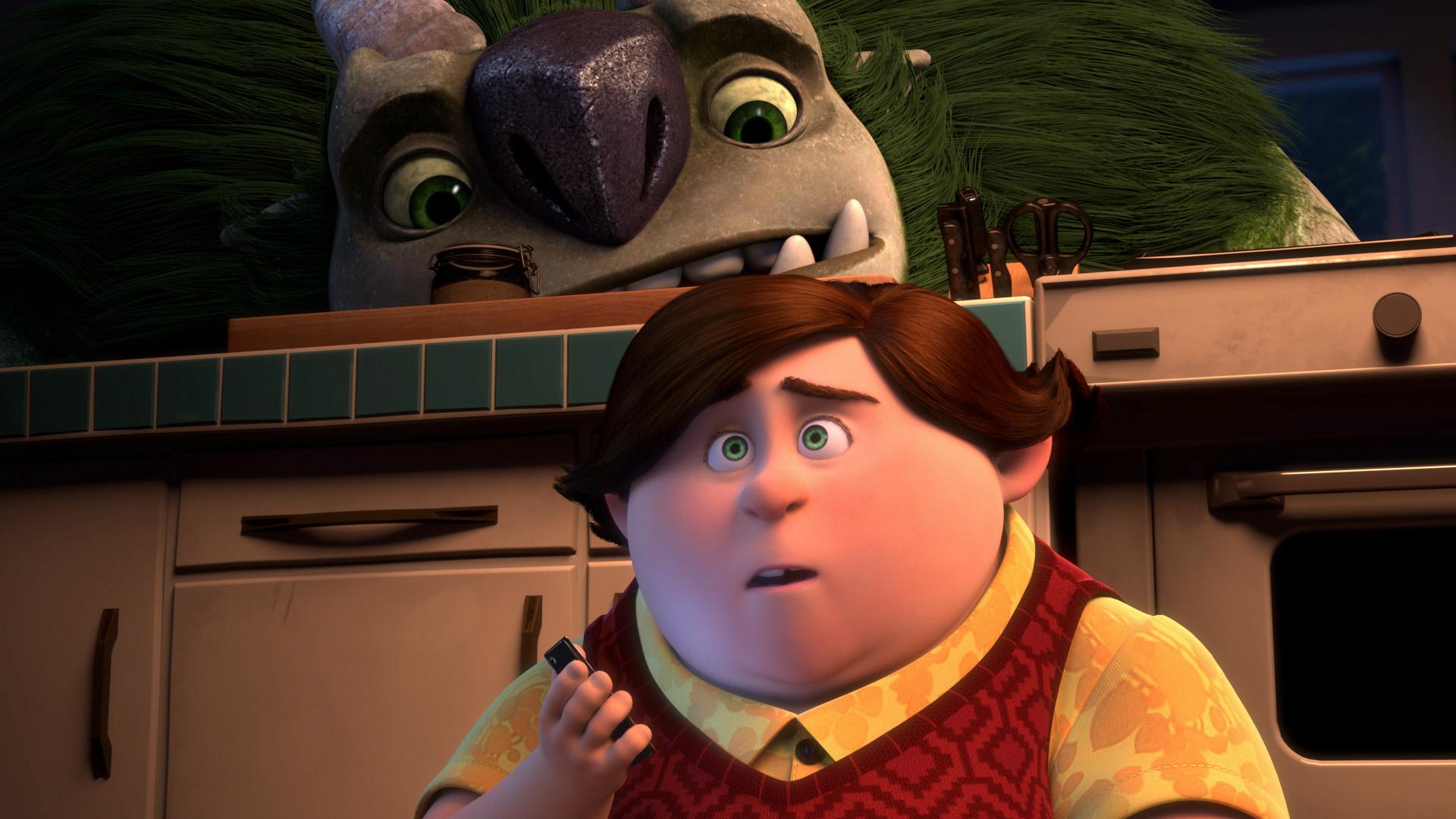 How has voice acting for games changed since your work as Melvin on Bully?

Well, most noticeably I would say my voice has changed since I’ve done Melvin from Bully. I think my voice might be two octaves deeper than when I did that game. Not to discredit myself but I feel like I definitely have a lot more acting experience under my belt since I’ve done Melvin too. But that was an amazing experience where I actually got to do the motion capture as well as the voice-over for the game. It was a lot of fun.

What is it like working with Guillermo del Toro?

Oh man, the first day it was, I was like… it’s Guillermo del Toro. I was definitely a little intimidated and I walked in the booth and he couldn’t have been more kind. He was so warm and welcoming, he’s just a big kid. It’s something I didn’t realise until the time thankfully, but Toby is basically Guillermo del Toro. Guillermo wrote the character based on him as a 12-year-old. There was a little bit of pressure once I found that out but he’s just the master, he’s the maestro, he’s just so good at creating amazing character builds, fantastical elements and ideas that really all boil down to heart. He just has heart and so much humanity in him that he’s just, he’s the best.

If you fancy a chance at winning a copy of the PS4 version of Trollhunters Defenders of Arcadia signed by Charlie Saxton, or the Nintendo Switch version signed by Emile Hirsch, you can enter our competition here.

Video games are cool. Don't let anybody tell you any different.
MORE LIKE THIS
charlie saxtonGuillermo Del ToroInterviewtrollhunters