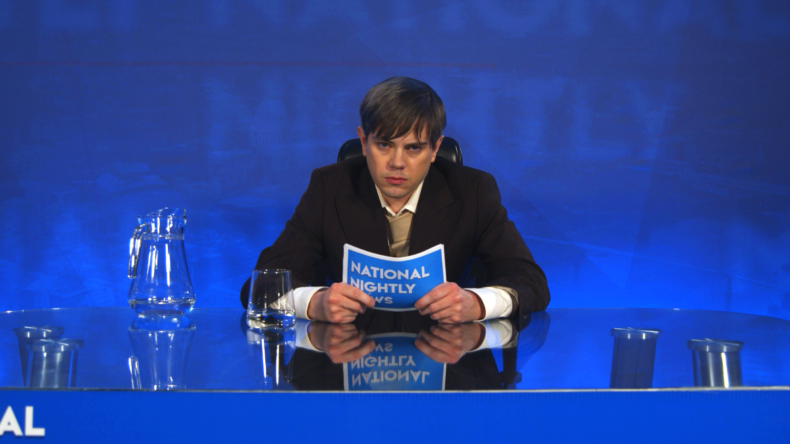 Developer NotGames along with publisher tinyBuild have announced that the anticipated Episode 2 of their satirical propaganda sim, Not for Broadcast, will release at the end of January 2021.

Not For Broadcast is driven by player choices and combines a striking contrast between slapstick humour and political commentary. Players will need to watch the National Nightly News broadcast and be ready to censor unwanted words, coordinate between four live feeds, dodge interference, and as a last resort cut to ads when all goes wrong.

Episode 2 will bring with it almost twice the content of the original Early Access launch. It will see the strain of a tumultuous political landscape on the broadcasters, in between tongue-in-cheek musical numbers and clueless live guests. There will be more alternate routes to take and twisting consequences to discover.

Alex Paterson, the Creative Director had this to say about Episode 2: “With Episode 2 we’re taking everything to the next level. The production values, the performances, costumes, sets, everything is better than what players have seen previously.

“We shot for 6 gruelling weeks, with 70 performers, supported by 15 crewmembers in full PPE overseen by a designated Covid Officer. But we managed it.

“We know people have been waiting to see some of the dark consequences we’ve been promising – and with what we have planned, we know they won’t be disappointed.

Episode 2 of Not for Broadcast will be available as a free update to the base game, and it expected to launch at the end of January, 2021.

Likes to shoot stuff and wear pretty shoes. Is a BEAST at Titanfall.
MORE LIKE THIS
Not For BroadcastNotGamestinybuild