previous
Re:Legend to launch on consoles & PC in Spring 2021
random
next
"She is out in the world and living in her own place" : Interview with Junzo Hosoi, Producer on Atelier Ryza 2
0 comments 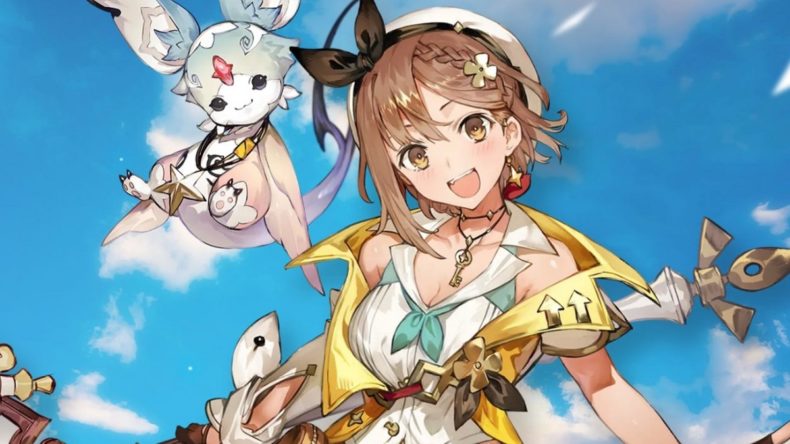 There’s a lot to love about Gust’s sequel to Atelier Ryza: Ever Darkness and the Secret Hideout. Alchemy is a huge part of what makes the series so loved, and while it returns here there is a bigger emphasis on exploring this time around. Not only that, but the story is engaging, and the characters you meet along the way are both interesting and integral to everything that is happening. We were given the opportunity to preview Atelier Ryza 2: Lost Legends and the Secret Fairy, and so far so good.

Three years have gone by since last time, and everyone is a little older. Ryza receives a letter from her friend Tao, thus setting in motion her next big adventure. She leaves Kurken Island and heads to the royal capital, Ashra-am-Baird, and once there goes out to explore the mysterious ruins that surround it. The royal capital is a bustling with life and filled with tons of different people. The cafe is the ‘in’ meeting spot for students, where you’ll also be able to pick up additional fetch quests to earn some Cole (money). The marketplace lies just at the entrance, and the water fountain glimmers in the sun. Buildings are large structures with beautiful architecture, and Ryza’s new home is an archaic wonder of antique furniture and ancient decor.

Within your room, you’ll be able to get up to the kind of alchemy you’re familiar with, except with plenty of new skills to unlock. There’s also the addition of Essences which allow you to harness fire, wind, ice, and lightning to improve the quality of items and add extra firepower when necessary. Much of the synthesising process seen in the original feels similar, the design feels more user-friendly. Whilst there’s a lot to get used to, Atelier Ryza 2 gives you plenty of guidance throughout the game so far, meaning you’ll always have support when making everything. 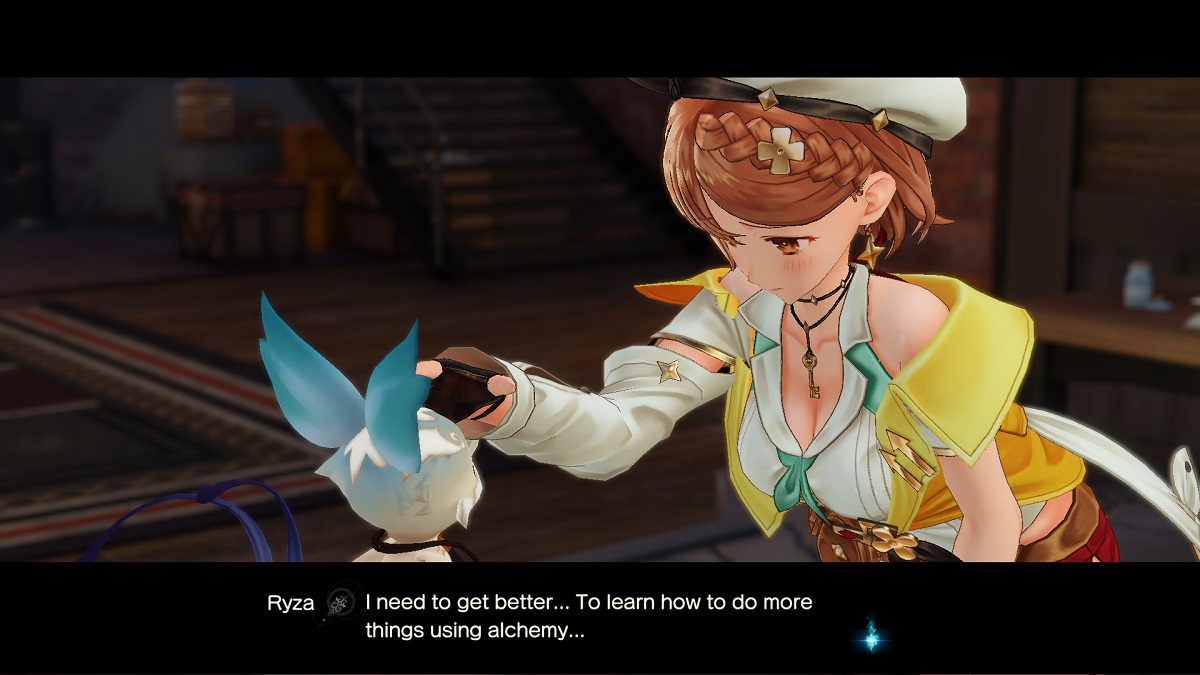 Once you’re away from Ashra-am-Baird, the world opens up a lot more. The main goal of Atelier Ryza 2 is to explore the various ruins that surround the city, but the in-between sections are gorgeous. The hand-drawn aesthetic is beautiful, with bright and pastel colours bringing the monsters and cute animals to life. There are tons of items to gather, and whilst it can be daunting at first, you’ll eventually be able to build things like the sickle or woodcutter’s axe to grab more ingredients for you to craft with.

Not only that, but you can also use certain Adventure Tools to traverse the world with. The Emerald Band allows you to swing between certain points and get to areas that were previously unreachable. Whilst it takes a while for the game to get going, you’ll get to a point where these tools and the things you’ve learned allow you to have a thoroughly enjoyable experience. This is thanks to the gameplay tweaks, but also the characters. Whilst familiar faces like Tao and Ryza are prominent in the sequel, new faces like Clifford, Patricia, and the mysterious creature known as Fi, bring a sense of adventure to Atelier Ryza 2. Each have their own role to play in the story, and I can’t wait to find out more.

Fighting is a blast in Atelier Ryza 2: Lost Legends and the Secret Fairy. The active time battle system is faster than before, and more fluid. You’re entire party will attack the enemy, and you can switch between them all at any given time. It’s unlike traditional JRPGs, so if you are a fan of the recent Final Fantasy VII Remake, this will be right up your street. Everyone shares the Action Points accumulated as you fight, and if you’d like to be the only one to use them, you can make sure your party only use physical attacks. 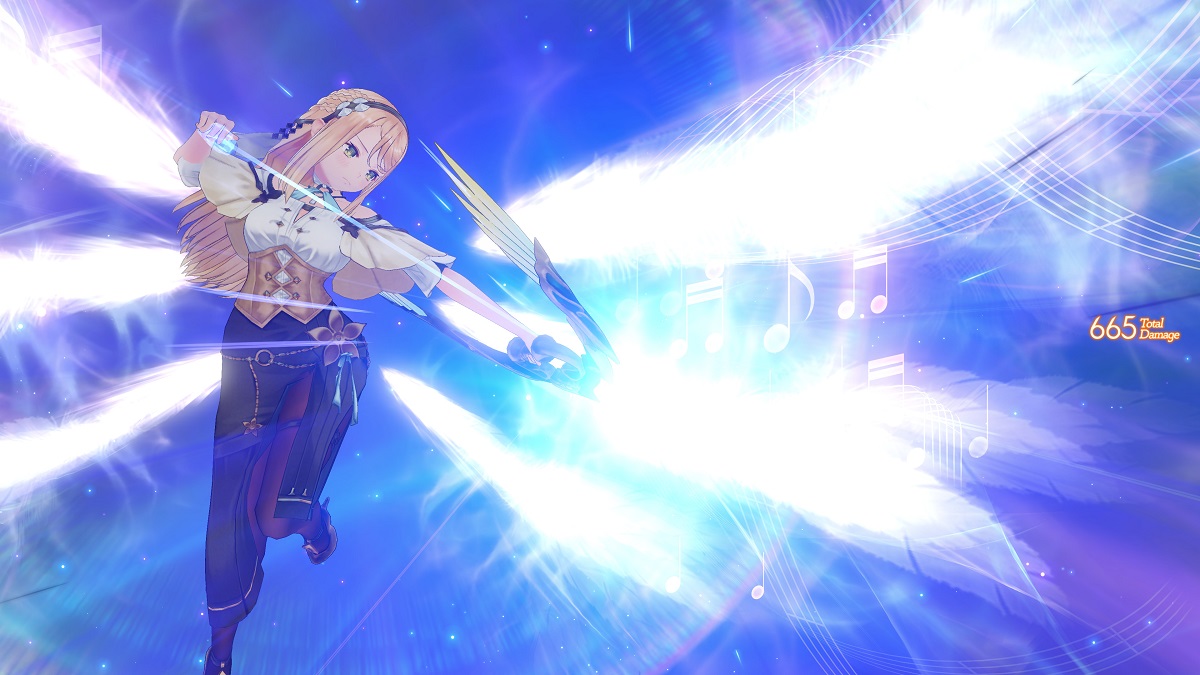 You can delve into your crafted items by selecting Item Rush. If you’ve built up enough Core Charge, these can be used as much as possible. By having enough Core Charge, you can also mix up as many items you have equipped. These can help to defeat enemies a lot quicker, and the visual benefits are just as fantastic. Due to the streamlined nature of combat, it’s easier to keep track of what is going on in battle.

The inclusion of elements in the alchemy mean that certain items will be more affective. This only adds to the wealth of alchemy on offer, and forces you to think about which recipes you want to spend your skill points on. if you are performing well in battle, you can still level up your tactics. When everything comes together and you begin to master the combat system, Atelier Ryza 2 can be extremely satisfying. 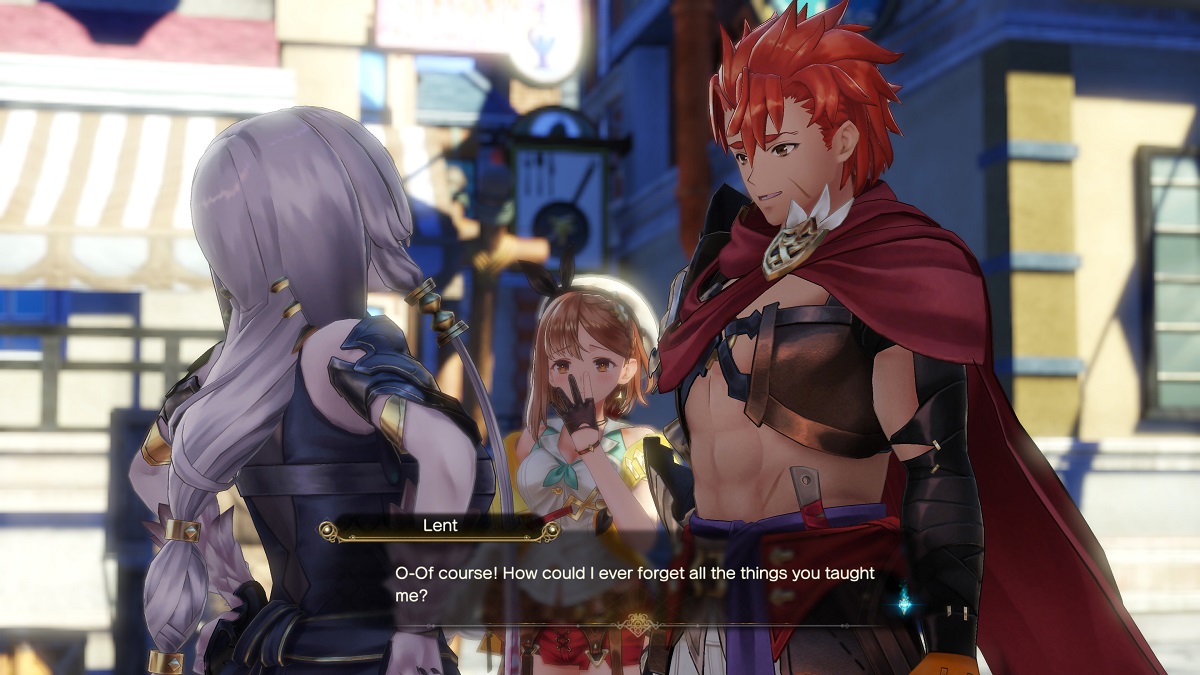 Perhaps my favourite part of Atelier Ryza 2: Lost Legends and the Secret Fairy so far are the ruins. Mystical places with secrets to uncover, thanks to the Compass of Recollection. Whilst the tutorial holds your hand within the first ruin, exploring the second one was a much more fulfilling experience. Once you have collected certain clues within the ruins, you use the compass to find Memory Vestiges that need to be pieced together to learn about the Ruin Fragments. This happens through random text that has to be matched with the clues within the fragments.

Whilst I only played a fraction of Atelier Ryza 2: Lost Legends and the Secret Fairy, I can’t wait to play more. Alchemy has been tweaked to include more effects to the potency of crafted items, and the exploration is a lot more fun than before. Getting to swim underwater and collect materials previously out of bounds makes the world feel vast, and thanks to some beautiful visuals, I was constantly drawn in. I’m looking forward to January when I’ll be able to spend more time in the royal capital and beyond, and the magical story Gust has created.

Video games are cool. Don't let anybody tell you any different.
MORE LIKE THIS
GustKoei TecmoPreview