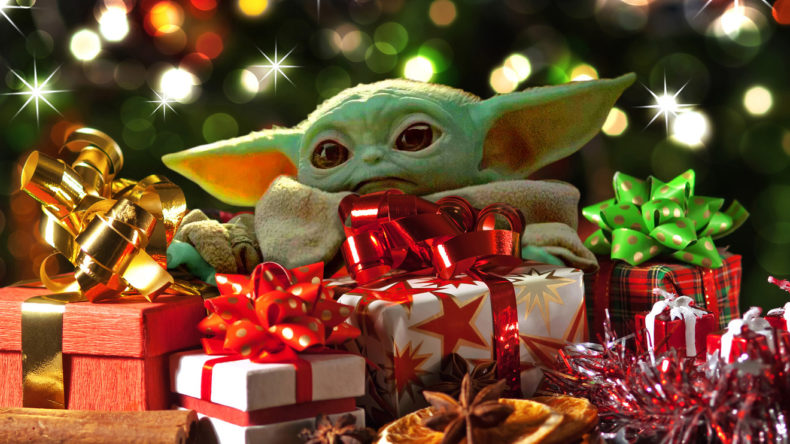 Let’s face it, 2020 has been a shoddy year all round. That’s why it makes more sence than ever to splash the cash this Christmas and treat yourself; after all, you deserve it. It’s also the time of year where you can show those around you how much they mean to you, so we’ve put together some gifts you can either get for the important person in your life or as a well-earned present for yourself. 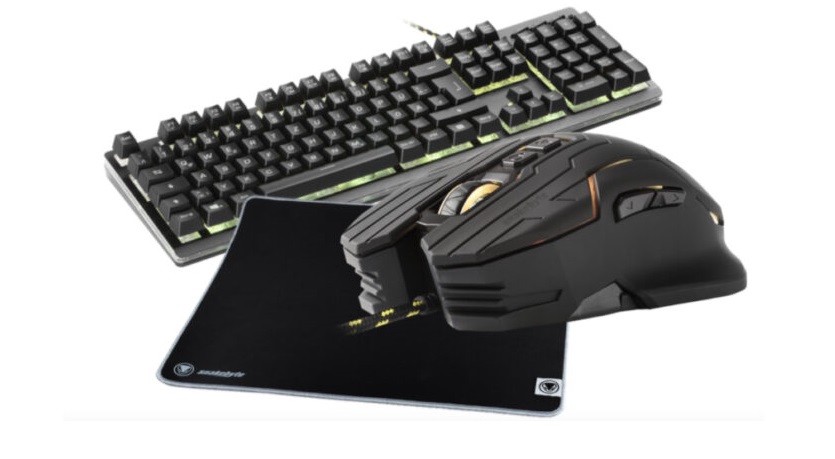 For those of you looking to get into esports this Christmas, or whether you’re preparing for the new year, snakebyte’s esports starter kit is the perfect pack for beginners. It comes with the MOUSE:PAD PRO ESPORTS EDITION, a thick pad where your fancy GAME:MOUSE PRO will have no trouble gliding over. The mouse itself offers up to 4000 dpi (dots per linear inch), allowing for great precision when taking out other players in Counter Strike or Call of Duty. The KEY:BOARD PRO is the final piece of the puzzle, which not only lights up with a multitude of colours WITH VARIOUS SETTINGS, but is incredibly reactive and comfortable to type with. 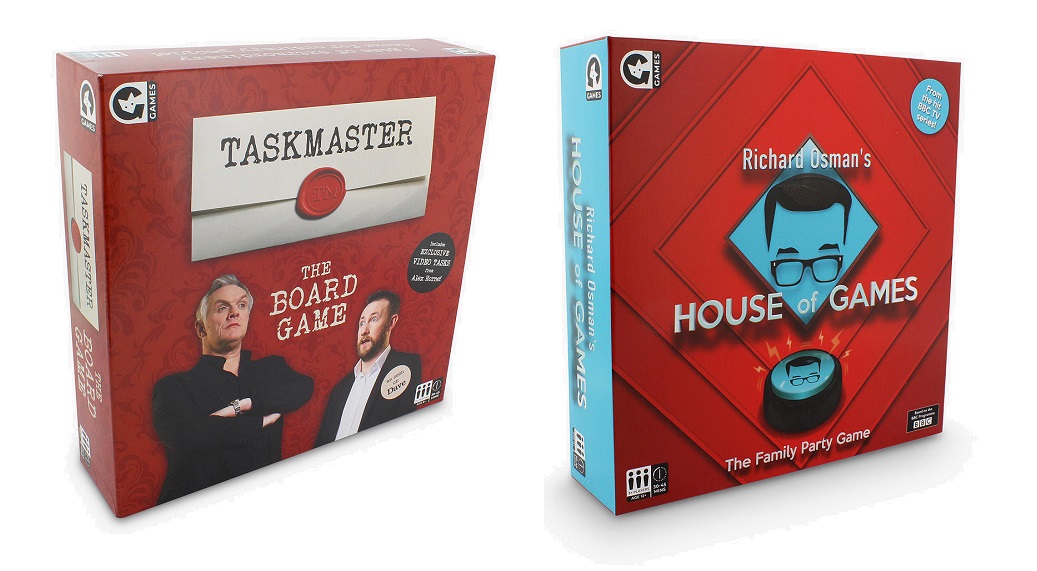 If you’ve never had the pleasure of watching either of these shows on TV, you’re missing out. Taskmaster brings in a group of comedians for an entire season and makes them complete a series of challenges to earn points, as well as weekly prizes. It’s utterly ridiculous and hilarious, with the taskmaster AKA the greatest human being on the Earth, Greg Davies at the helm. House of Games is another fantastic show. Richard Osman invites celebrities onto his show to compete against each other in quizzes, and it’s great fun to play along with. Both board games manage to capture the essence of the shows, and you’ll have plenty of fun playing them over Christmas with your family and friends. 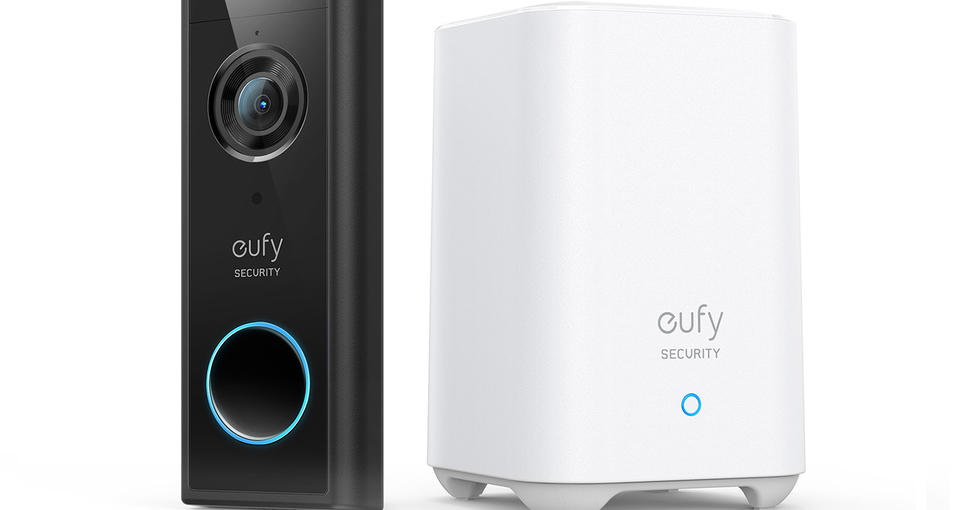 Obviously everyone has heard the ring noise and seen the advert for the competition, but eufy is different. The brand is a subsidiary of Anker, who are a brand you almost certainly have in your home, whether it’s a power bank to charge your phone or otherwise. While the build quality and ease of setup is superb, the area this really trounces the competition is in the fact it has zero month subscription. Instead of charging you for cloud storage, it comes with a small white box (pictured next to the doorbell itself) which has onboard storage and also plays a chime. Instead of you having to pay for cloud storage, it’s all local in your home, via your network, and instant. You can of course download the files to your phone or tablet if your storage gets full, but you’re paying a price and getting everything you need. On that note, you don’t need to buy a Smart Speaker or Chime to hear it inside like a traditional doorbell, the server box also plays audio so you’ve got a chime as well. It works with all smart devices we tested and is just a superb, expensive feeling piece of kit. Yes, you’ve heard of the competition, but this is better and costs less overall. Every day is a school day. 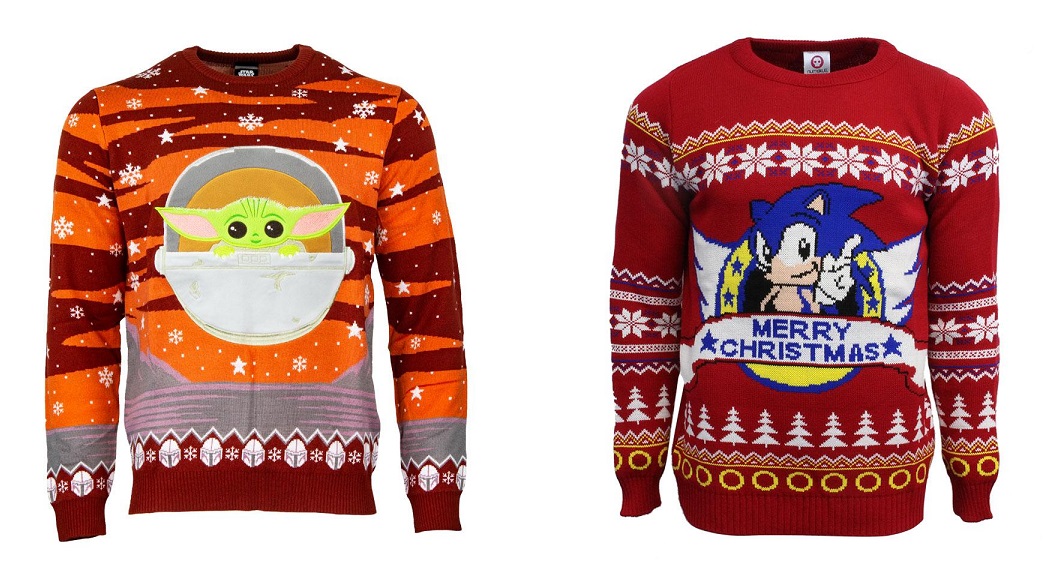 Who doesn’t love a Christmas sweater? At Geek Store, they have a wide range of sweaters covering all aspects of geek culture. If you’re a big fan of The Mandalorian on Disney +, or are enamoured with Fall Guys, the surprise gaming hit of the year, they have something for everyone. I got an Elf sweater, and the quality is excellent. It fits great, looks amazing, and has all my family wanting one of their own. If you’re in need of a pick me up this Christmas, or know someone that does, grab yourself one of these fantastic sweaters. 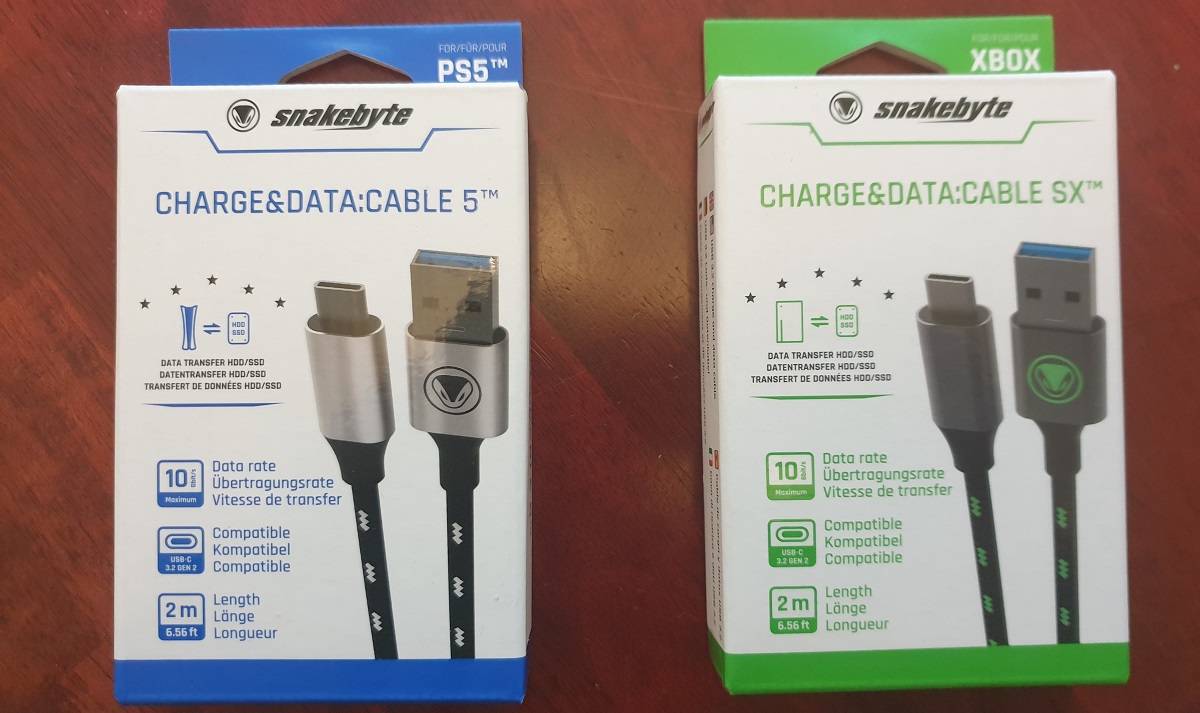 The CHARGE&DATA:CABLE 5 and the CHARGE&DATA:CABLE SX are two reasonably priced products that do a lot for the money, and the mesh cables and well-built design allow you to both charge your controllers and transfer data from external HDDs to the internal SSD. Both cables are 2m in length, giving you plenty of room to sit down whilst charging, and the black and green/black and grey colours look incredibly stylish. Whichever next-gen console you have (lucky you if you have both), these snakebyte cables are a must buy if you want decent value for great quality. 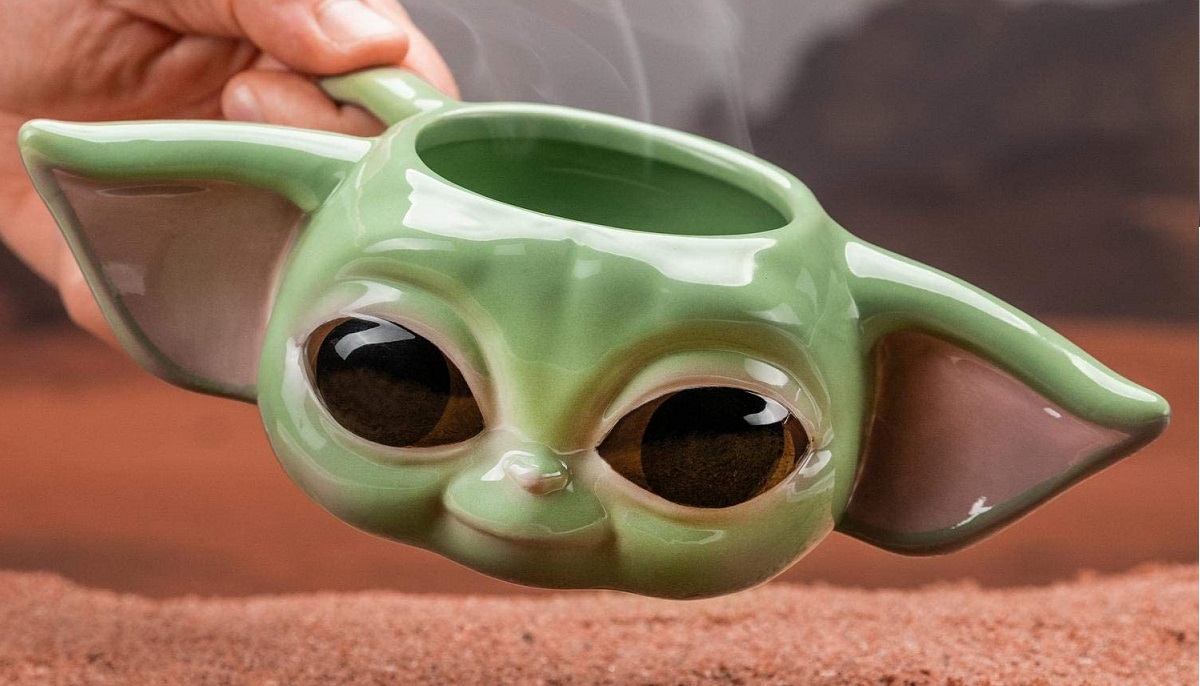 Few things have captured our hearts in recent years quite like The Child from The Mandalorian. If you’ve been watching season two over the last few weeks, you’ll know he has a name now, and is actually quite a badass with a troubled past (aww, poor little guy). I’m sure if you bought this mug it would make him feel better, and at a very reasonable price, you’ll have your own Grogu with you every morning, or whenever you fancy a cup of tea. 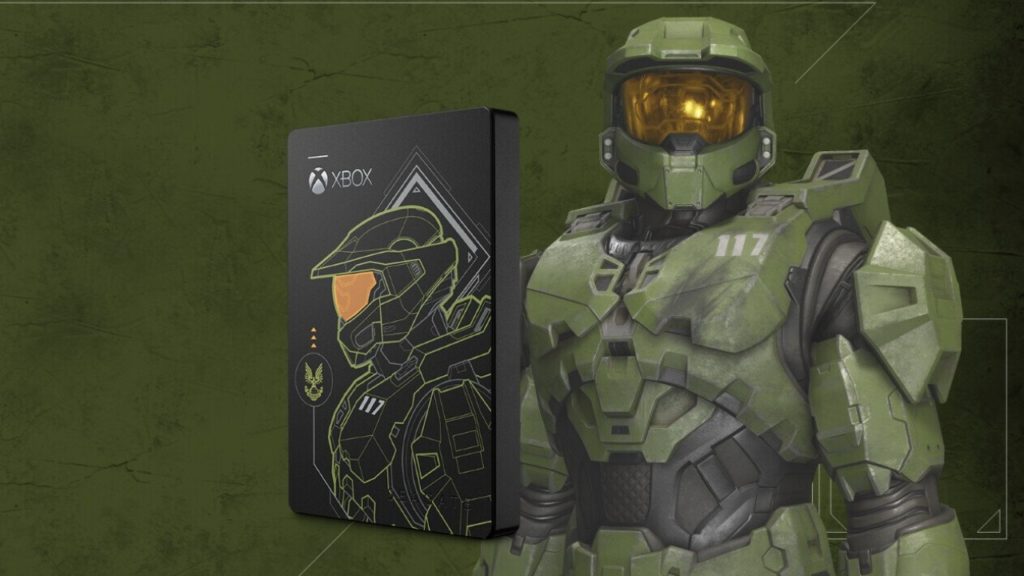 It’s all well and good grabbing one of those new-fangled Xbox Series X/S consoles (if you managed to get one at all this ide of Christmas), but big old next-gen games means you need a big-old next-gen hard drive, which, well, the Series S does not have. And while you’ll need to purchase one of the super expensive proprietary expansion cards to make the most of any extended storage, Seagate are also producing these, Halo-themed HDDs that work with PCs and the new Xboxes to expand your base storage. It works particularly well with last-gen titles, and while they won’t shift data art the same speed as the branded expansion card, It’s super useful for storing your catalogue. It also looks gorgeous, with a custom Halo design on the chunky black exterior even more stunning than the Last of Us Part II themed PS4 drive that launched earlier this year. Seagate are the established masters when it comes to external drives, and this one – which comes in 2TB or a whopping 5TB form – is no exception.

If you’re trying to find something for a child you know, or whether you want to set up a full scale war in your house to kill some time over the festive period, these Fortnite Nerf guns are pretty damn fantastic. Inspired by the sniper rifles found in the game, the Nerf Fortnite BASR-L blaster lets you load the clip, move the priming bolt backward and forward, then fire at will (or John, or Harvey). You can remove the scope, and it comes with a clip that holds six darts, as well as 12 official Nerf Elite darts that are tested and approved for performance and quality. 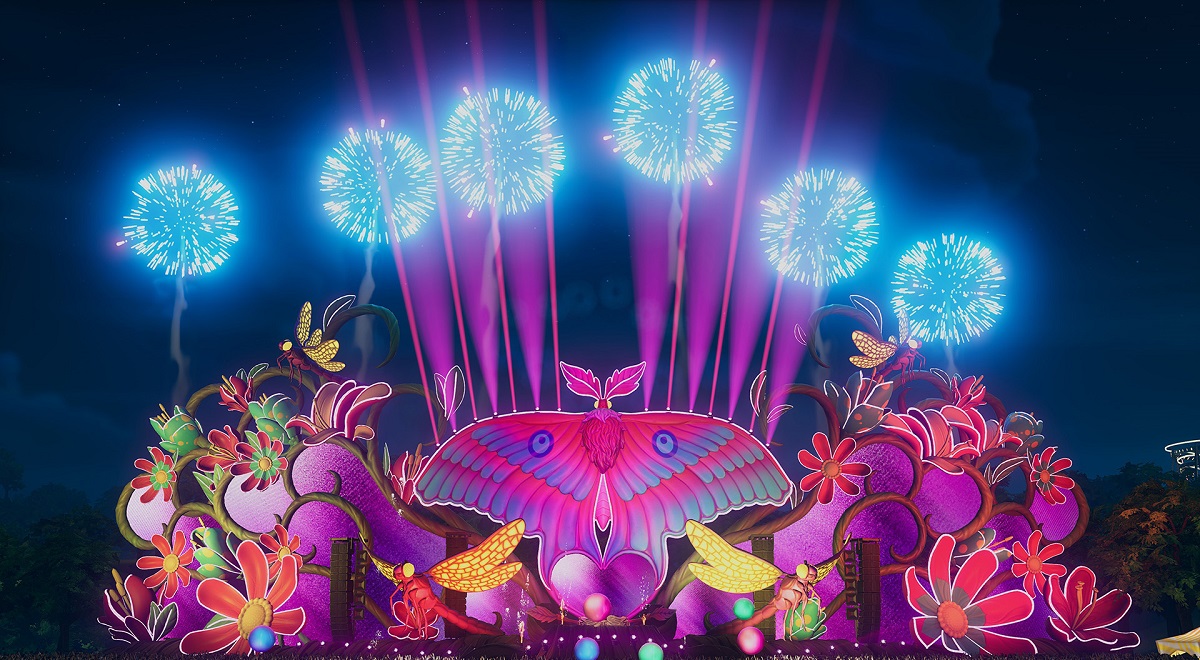 2020 may have been a bit pants, but there have been some incredible video games. One such game is the phenomenal Fuser, a colourful music creation suite that lets you blend various tracks from over 100 popular songs into your very own unique DJ set. Travel the world and learn new techniques to make some amazing music as well as inserting melodies of your own. It’s the perfect game for Christmas because of the sheer amount of songs on offer, letting you be the DJ for your very own (socially distanced) Christmas party. It’s full of warmth, joy, and fun, making it one of the best games to play over the holidays.

Video games are cool. Don't let anybody tell you any different.
MORE LIKE THIS
Baby YodaBoard Gameschristmaschristmas gift guide

Baby Yoda Arrives in The Sims 4