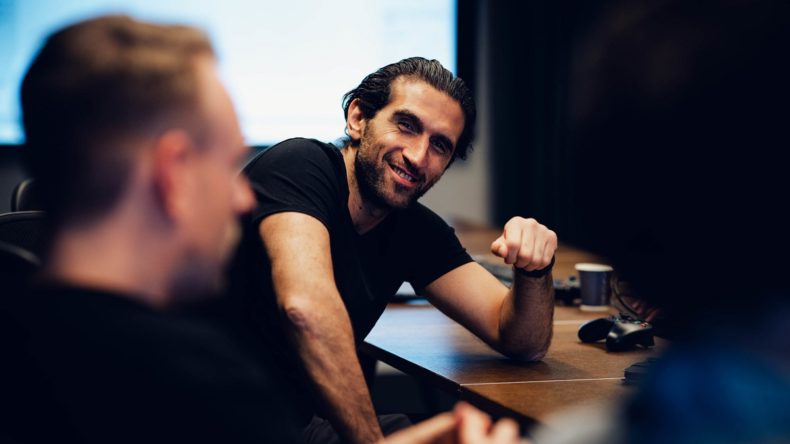 As you’ll be able to see from the two preview articles by Adam Cook and myself, It Takes Two is shaping up to be incredibly special. Developed by Hazelight, it follows the story of two parents on the brink of divorce, and how their daughter is struggling to cope with their impending break-up. Josef Fares is the creator of It Takes Two, as well as the founder of Hazelight. He’s a confident and refreshing figure within the gaming industry, and also a talented game designer. We were fortunate enough to talk to Josef ahead of the release of It Takes Two. We chatted about when development started and how the process was, the origins of Dr.Hakim, how important interactivity is to him, and much more.

Due to the scope seen in It Takes Two, it feels as though the development process must have been fairly substantial. I asked Josef how long Hazelight had been working on it. “It was actually right after the release. A Way Out came out March 2018, and production for this started in March or May. We’ve been working hard for almost three years, and finished the game right after Christmas. I’m very happy that we’ve gotten to a point where the game feels coherent and polished. We want it to feel crisp, and the controls to feel tight. But a lot of people also forget is that enemies or bosses you have for one level – you can’t reuse anything. You create something new, you know. You still want to make everything feel like the same game. It’s almost like the mechanic for a level – you can only use it for that level.”

It Takes Two is a huge step from the type of game A Way Out was, specifically the fact it’s a platformer. “Look, I’m a big Nintendo fan, and many of the team are action platformer fans. For us it felt natural to go this way. It was hard work, but from a design perspective it was a dream come true. One thing that is very important is not just the fact you keep the experience variated, but that it connects with the story. So the toolbox, the hammer, the key, like, there’s an idea that the mechanics are part of the storytelling, and that will continue on later in the game.” The story is also quite different in the sense it feels gentler and not quite as mature. With the themes of divorce and separation being at its core, was this always the focus? 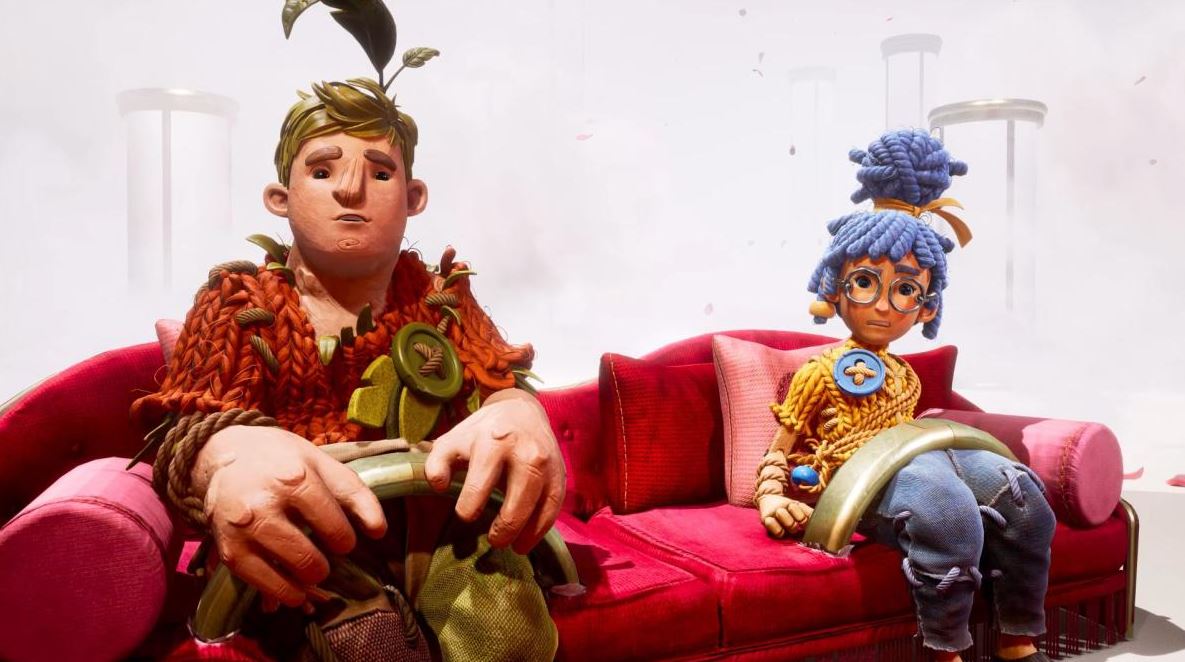 “It’s a subject that’s not really talked about so much in gaming, and it’s actually a story that connected well with the playfulness of the game, with all that’s going on. Early from the beginning we felt this was the way to go. There was nothing that particularly inspired it, but rather, “a romantic comedy in games? Let’s do it.” Even if you make a movie it’s a tough one to do. Why not though, man. We’re Hazelight. Let’s go and fuck shit up and try something else. Why not, man? Let’s just do it. You should try everything.”

With many platformer games, collectibles play a big roll in the overall experience, but It Takes Two is much more of an interactive affair with a story that plays a huge part. Fares shared exactly why interactivity and story is so important to him. “I think in general, more stuff will happen in the story, obviously. Platforming, they’re not the type of games that have a story, in general. It comes as a good surprise if you like stories. Getting back to the question about collectibles, it was very important not to have collectibles. I understand why people have collectibles to lead the player, but it was important for us to make the world interactive and interesting. We have a huge amount of interaction and a huge amount of minigames – 25 of them. Some of them are quite complex.”

“That’s way harder to do than just put out coins, but I’m happy because already in the early testing, we saw that players didn’t miss coins. So make the world interactive. If you just want to go somewhere and see what to do there, there’s a lot of stuff to find.” I pointed out one such instance where I climbed into a machine, and Adam was able to torture me. It had no purpose, but was a cool side thing to do whilst playing through the game. “Imagine all the work, even the camera. You can change scenes – so much animation and shit goes on there. Some people can just run by it, but that’s way better, I think, than collecting. Sometimes there’s too much collecting. You know, yellow, red, blue, whoa, there’s just too much, actually.” 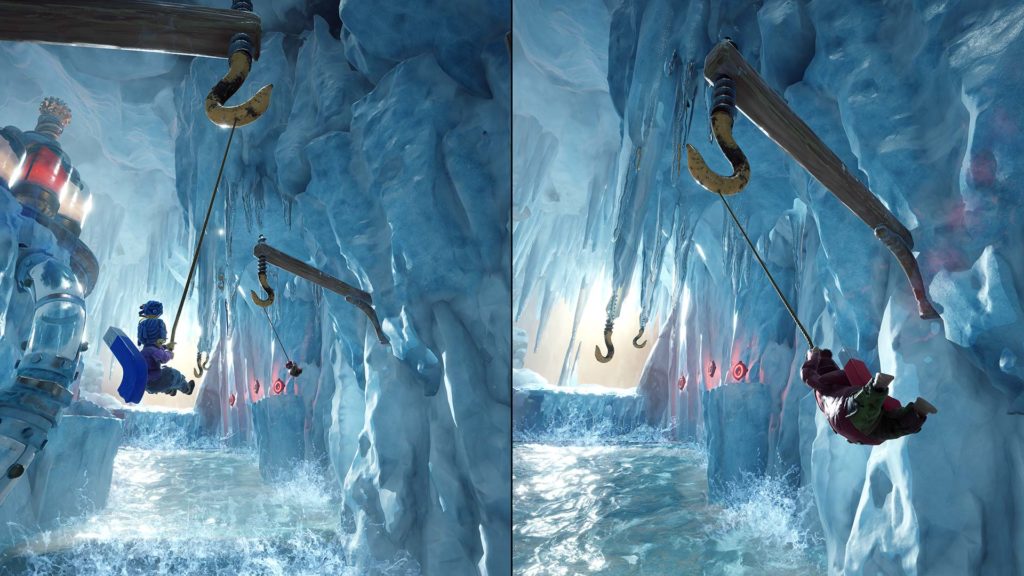 In the trailers released so far, and certainly in the preview I played, Dr. Hakim is possibly the greatest character I saw. With someone so bizarre, I was interested where Josef found the idea to come up with him. “Actually, let me bring you something (disappears to grab something). I found something in my post (he shows me a small white card with some text on it). Can you see this? It says, in Swedish, “I can help you with all of your problems. Whatever you have, guaranteed results. I can fix your business, your transactions.” I just thought, who is this crazy person? This was actually the inspiration for Dr. Hakim, a crazy book that is full of clichés. However, I sometimes call him a psychopath with a good heart. He has a point in the game, he has promised Rose to help fix their [her parents] relationship, and he’s also the guy that’s going to take them through this journey. I mean I do all the mo-cap for him, so he’s a nutcase.”

I love A Way Out. I must have played it three times now, using it as a way to help friends enter the world of online multiplayer. After Hazelight’s big debut, there must have been some elements of its development Josef and his colleagues learned from. “I think we learned more and more about how to craft a co-op game, for sure. You have to understand that the team on A Way Out were mostly interns, and those were kick ass developers. You learn a lot about how to work in a split screen. You work on how to balance mechanics. Even in A Way Out you had separate mechanics at some point, so we learned a lot about technical aspects and storytelling. We are the only one’s in the world that are writing and crafting co-op games from the beginning. There’s nobody doing this like we are doing, and I wish there were more because I’d like to play more games like this.” I mean, he has a point. It’s as if nobody wants to test the waters with building a co-op only video game.

“After we finished A Way Out I felt like I understood why other publishers and studios didn’t do this, but now seeing how the market has been for A Way Out – it’s been a huge success. There’s definitely a huge market for it. You have games that you only can play in multiplayer, you have your four-player shooter, or you have your single player that has a co-op campaign. You have a single player with a co-op campaign, but you’re going to be limited design-wise. Here, you don’t have a drop-in, drop-out – you have to play with someone. It’s designed and written like that from the beginning. Maybe people fear they will lose some audience. It might be that some feel there’s not enough of an audience, but at the end of the day, after the numbers of A Way Out it’s easier to say that, “I wish there were more games like this.” It’s like a genre we’ve created.” 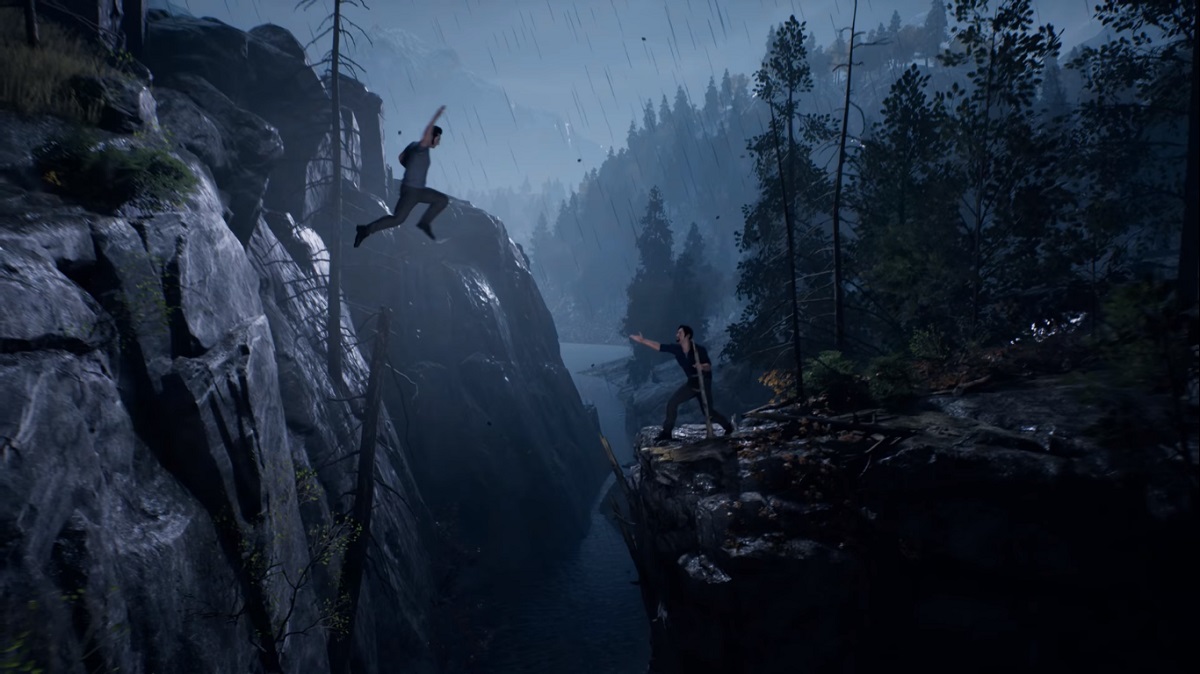 Fares knows what games he wants to make, and he’s very proud of the work Hazelight does, however, he also knows the opportunities studios could have if they took a leap of faith. “Now you have your looter shooter, you have your four-player co-op, you have your survivor games. All those are there, but not so many like this. There’s none. We don’t have any competition. Imagine A Way Out done by a studio like Naughty Dog, with the graphic fidelity. We are getting better and better, but imagine a high quality game. I’m not saying A Way Out isn’t. It’s not Uncharted 4, but you can see with It Takes Two, we are becoming better at everything. The cutscenes, the animation, the controls. Hopefully we can become even better the next game.”

The EA Originals program is responsible for helping indie developers reach wider audiences, especially with games like Sea of Solitude, Unravel, and A Way Out, but I was curious to know when they got in contact with Fares. “It was after Brothers. They contacted me. I was this close to writing for Microsoft, but I had a connection with a guy who worked at EA called Patrick. We connected well and they gave me a good deal, so I was like, “let’s do it.” We’ve had a lot of support from EA. It’s been a really good relationship. Nobody believes it because people like to talk shit about publishers, especially EA. For me, it’s not been a problem. They don’t interfere with what we do. We decide what we do, when we do it. It’s not a problem at all. They have never said, “don’t do this, don’t do that,” never, never, never. Nobody ever believes me when I say this, but it’s an actual fact. They can’t go in and change a colour in the game, they know I wouldn’t allow it. Trust me, what you see at Hazelight, from the decisions about trailers and how it’s marketed, we are part of everything.”

For those that might not know, Josef Fares directed movies before working in the video game industry, and my final question was about the transition between the two mediums, and how different it was for him. “You know, sometimes I say this. If I want to go have a vacation again, I’ll go and make a movie. I’ve done six features, and movies are a passive medium. Games are interactivity. You get a lot of stuff for free when you shoot actors; you get their personality, their voice, their background. In games you have to create everything. The interactivity aspect makes it so much more complicated. In a passive medium you can control everything more. In a game, you don’t know what the audience will do. They can stop and play minigames for five hours that destroys the whole pacing, but it is what it is, you know?”

Video games are cool. Don't let anybody tell you any different.
MORE LIKE THIS
a way outhazelightInterviewIt Takes Two