previous
"In games you have to create everything": Interview with Josef Fares, Founder of Hazelight Studios
random
next
It Takes Two is a delightful co-op filled with magical gameplay and plenty of heart | Hands-on preview
0 comments 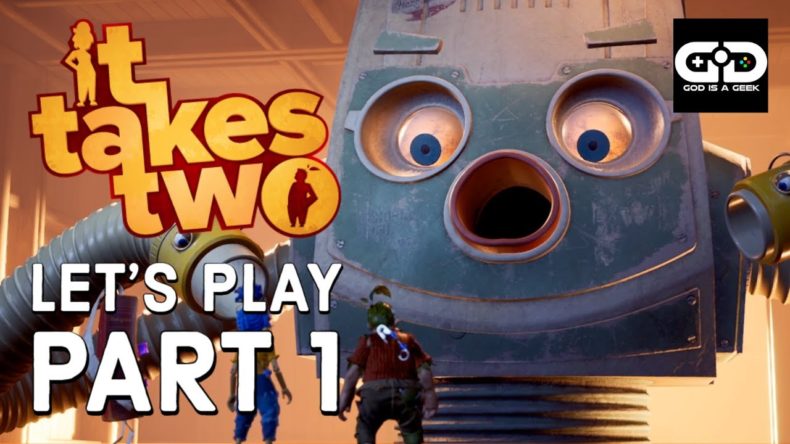 In the build up to the release of It Takes Two, Adam Cook and Chris White played a good chunk of the game in a preview hosted by EA. We thought it would be cool to show you just what to expect, and because its so bloody fantastic. For those who may not know, it is the follow up title from Hazelight and Josef Fares, the team behind A Way Out.

In It Takes Two, you play as Cody and May, a married couple on the brink of divorce. After their daughter creates toy models of her parents out of wood and clay, they come to life, and you are navigated through the dangers of their household by a mysterious book named Dr. Hakim. Sound crazy? That’s because it is, but it’s well worth watching our Let’s Play to see if it’s something you’d like to play. This is part one of our series playing the game, and it covers the opening section of It Takes Two. Please be aware that the preview features the game in an unfinished state, so there may be some glitches or bugs.

Video games are cool. Don't let anybody tell you any different.
MORE LIKE THIS
a way outhazelightIt Takes TwoJosef Fares