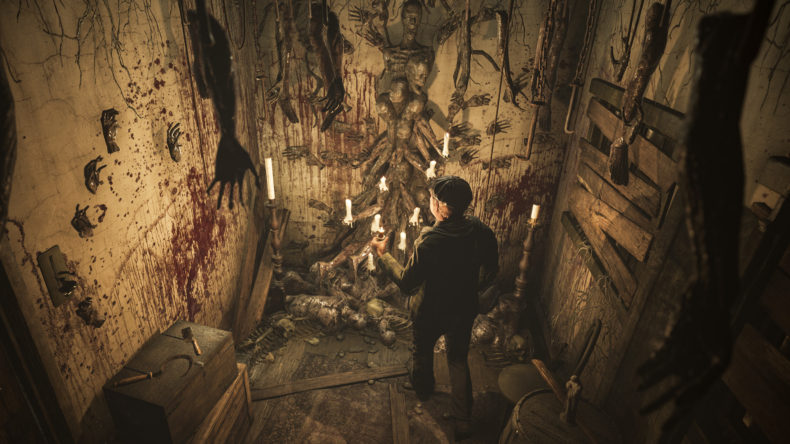 Raiser Games and Protocol Games have announced the launch of Song of Horror on PlayStation today.  The Xbox version is currently in certification and is due to launch very shortly.  This new console release combines all five chapters from the Steam version into one single ‘complete edition’, delivering a paranormal story where the threat of The Presence, a dark entity that reacts to your way of playing, looms large throughout.

Song of Horror tasks players with investigating the mysterious disappearance of famed but now elusive writer Sebastian P. Husher.  Husher has vanished without a trace, along with his entire family.  Song of Horror is a Lovecraftian, third person adventure that pays homage to classic masterpieces of the survival-horror genre.  Players assume the role of any one of 13 different characters.

You can watch the latest Song of Horror trailer here:

“Every survival-horror fan knows that some of the biggest games in the genre’s history made their name on console, so bringing Song of Horror to PlayStation and Xbox was the logical next step after the game’s successful run on PC.  We can’t wait to see the reaction of console gamers once they get their hands on it .”

Song of Horror is a non-combat adventure where the focus is instead on running and hiding.  Gamers will need to stay silent in the midst of all the terror to avoid triggering unnerving manifestations, capable of bringing the game’s protagonists to the brink of insanity. The ever-present threat of The Presence should keep players on their toes from start to finish.

Song of Horror launches today on PlayStation, with the Xbox version launching shortly.