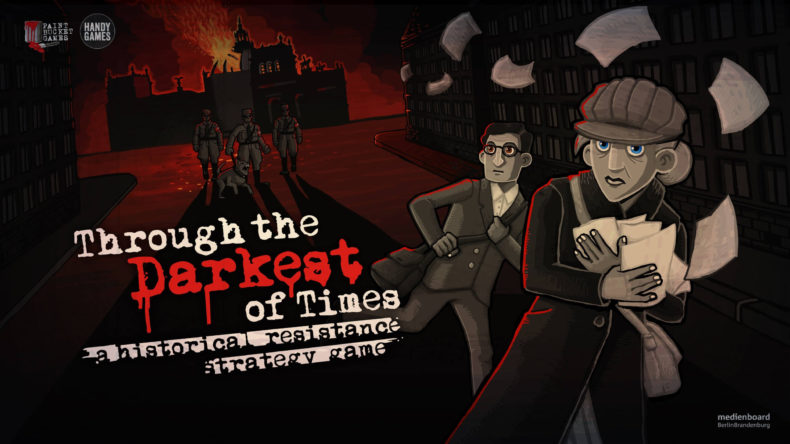 In four chapters, you will lead a small group and try to win the hearts and minds of the people.  You will organize protests, disobedience, and resistance. Eventually, your group becomes strong enough to actually strike at chosen fascist targets, if you are not caught by Gestapo (the secret german police force in the Third Reich). You will be confronted with many tough decisions and feel the pressure of sending team members on risky missions.

You can watch the trailer for Through the Darkest of Times here:

Through the Darkest of Times focuses on conveying the grim atmosphere of the period and the very real struggles of average people living in the 3rd Reich. Historical accuracy means that a small group of resistance fighters will not change the outcome of the war, nor will they prevent all of the Nazi’s atrocities, but they will certainly do everything in their power to save as many lives as they can and inhibit the fascist system as best they can.

Through the Darkest of Times is available to play on PC.  You can purchase in retail stores now.