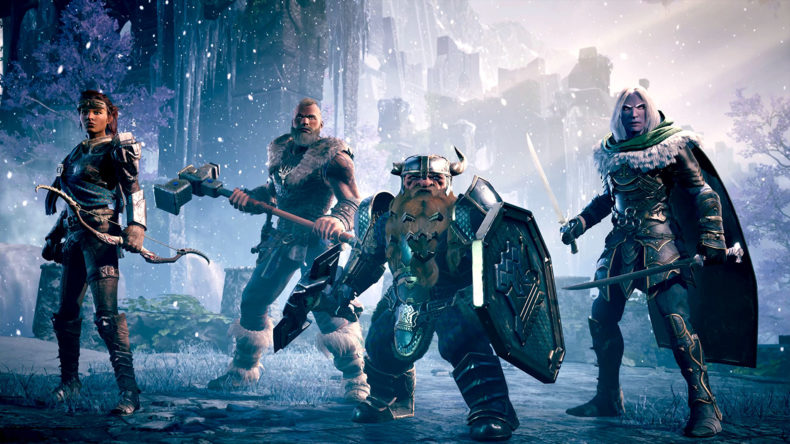 Whilst Dungeons & Dragons: Dark Alliance doesn’t have a lot of mechanics to remember, certain tips will help make playing easier. Knowing the character’s strengths; how gems work; gear bonuses; and getting the most out of co-op will improve the overall experience. So, to avoid getting destroyed by Beholders, ogres, and dragons, check out our Dungeons & Dragons: Dark Alliance beginner’s guide to know how to tackle Wizards of the Coast’s first foray into ARPG video games.

The four main characters you’ll play as all have different strengths. When playing in co-op, make sure you have a good idea of who would be best to play as.

Drizzt Do’Urden – Playing as the Drow is great if you enjoy the stereotypical Rogue class from other games. He’s fast, using his knives to do significant damage quickly. Using his speed also helps to blindside enemies and get around them more rapidly.

Wulfgar – Wulfgar is a brute. He can do plenty of damage up close, but he is rather slow. Another thing of note is that if you haven’t locked on to an enemy, his straight attacks can tail off and not touch your foes.

Bruenor Battlehammer – This dwarf has great defence, and can clear groups of enemies with a sweep of his weapon. He’s good up close, and has a decent health gauge.

Catti-Brie – Out of all the characters, her long range attacks do the most damage. Using her bow away from the heart of battle is great for those not a fan of melee. She can also heal party members at a distance.

Before you even start fighting, you have to choose the difficulty setting. The higher it is, the better the reward. It might sound challenging and exciting, but even the second step up feels much tougher. Playing with friends helps this quite a bit, but the more difficult it is, the more important it is to play to your character’s strengths.

Whilst Dungeons & Dragons: Dark Alliance is an action-RPG, there is an element of tactics in every fight. If you’re playing solo, ALWAYS lock on to an enemy with the right analogue stick. Sometimes, when engaging with a combo, you’ll attack the air. It looks poor, and just won’t do any damage. When playing with others, harness the Team Attack. These happen when parrying an enemy or initiating a Backstab attack, so keep your eyes peeled. 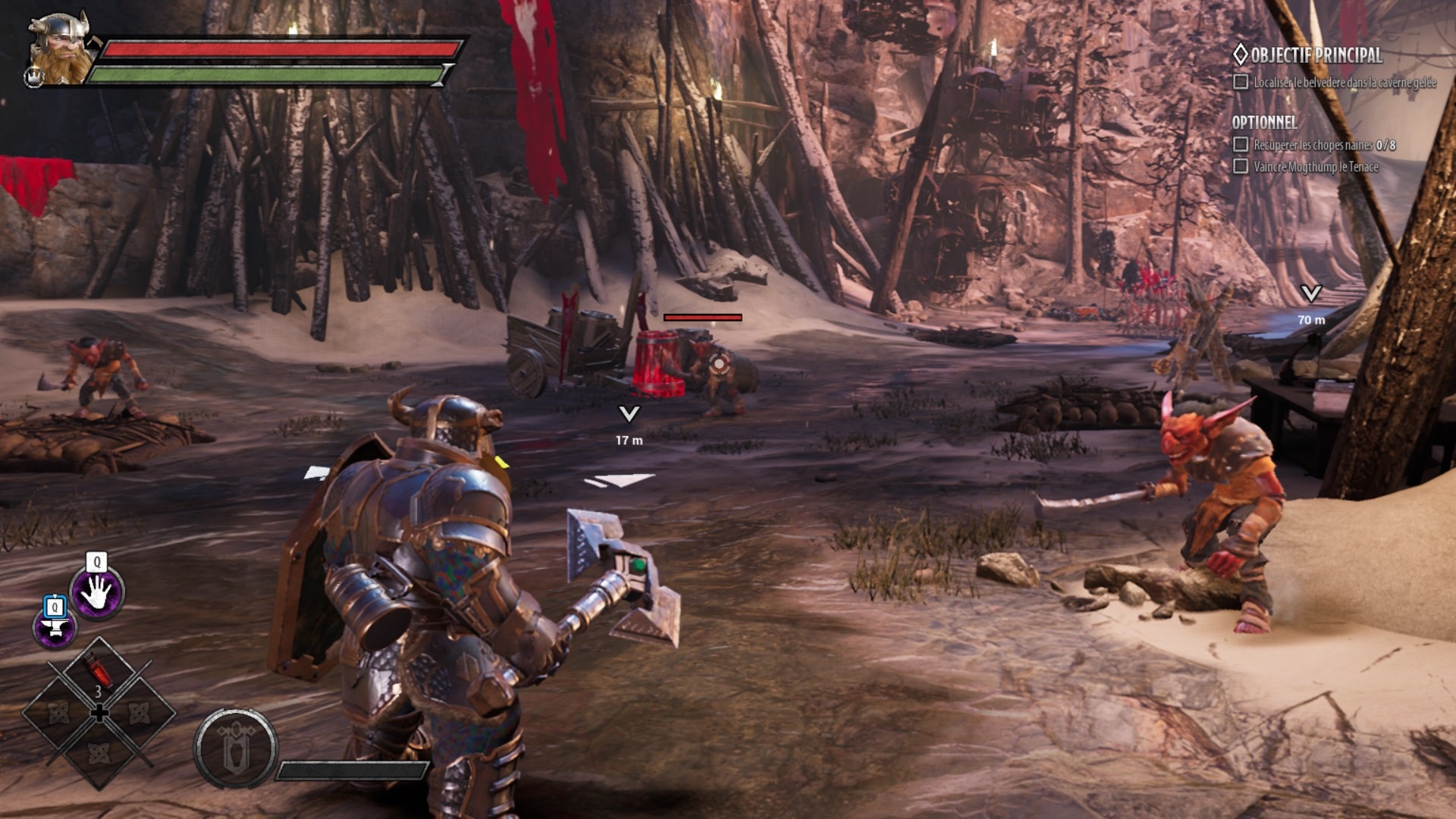 Pay attention to your enemies

When you’re in the heat of battle, it can be difficult to avoid an enemy’s attack. When you do lock on, the camera lowers itself and doesn’t give you a bigger picture of what is going on around you. If you’re in multiplayer, this is less of a problem. However, if you’re alone, keep an eye out on the various markers that indicate where your enemies are. Their area of attack can also be seen, so learn their patterns and get out of the way.

A lot of environments have hidden pathways or ones blocked with rocks or barricades. Break these down and look around every corner. More often than not, you’ll find a chest that has some gear in it, a wad of gold, or some crystals. You might even come across an Ability Shrine that provides an ability point. Without a map, there’s no guide as to where to find things, so that’s why it’s important to expore everywhere.

From the very first mission, it’s imperative to acknowledge elemental damage. Running through cold areas will deplete your health. However, if you walk up to a fire beforehand, you’ll have a brief period where the snap of the freezing wind and ice won’t affect you. There are also areas that may be poisoned, so explode any nearby barrels to get rid of it. Never ignore the elements. 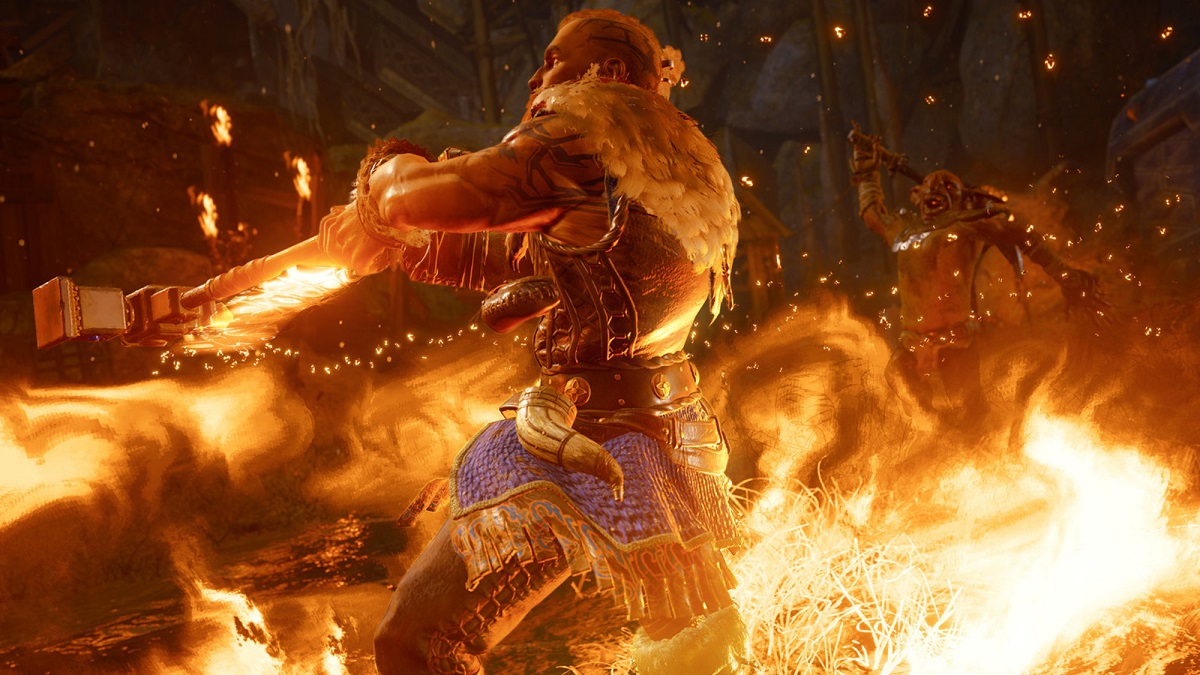 Rest only when you need to

At certain parts on a mission, you’re given the option to either rest or continue with an increase of rarer loot drops. Of course, if you and your party are injured and could do with health vial refills, have a nap. After all, beauty sleep is important. By carrying on and not resting, loot becomes much better. If you can keep going, make sure you do as gear will become better every time you refuse to sit at a campfire.

As you explore the environments in Dungeons & Dragons: Dark Alliance, you’ll find red crystal formations. Smash these and you’ll build up your crystal collection to use in the hub area after a mission. Crystals can be used to upgrade your gear. The different colours represent the level of gear, so when you see purple and gold, pick them up.

When you look at the map, each main mission has a side quest or objective. This can be to collect something or defeat a mini-boss. By doing so, you’ll get a special piece of gear or extra XP.

Focus on gear of the same set

Every piece of gear you collect forms part of a set. By equipping a certain amount of the set adds set bonuses. This improves the more pieces you have, but a bonus presents itself when you have three, five, and seven pieces equipped at the same time. It’s worth pointing out that selling any gear you own doesn’t reach a good price. Therefore, hold onto everything you get to be safe.

Video games are cool. Don't let anybody tell you any different.
MORE LIKE THIS
dark allianceDungeons & Dragons Dark AllianceDungeons and DragonsGuide