Encased is shaping up, but there’s room for improvement 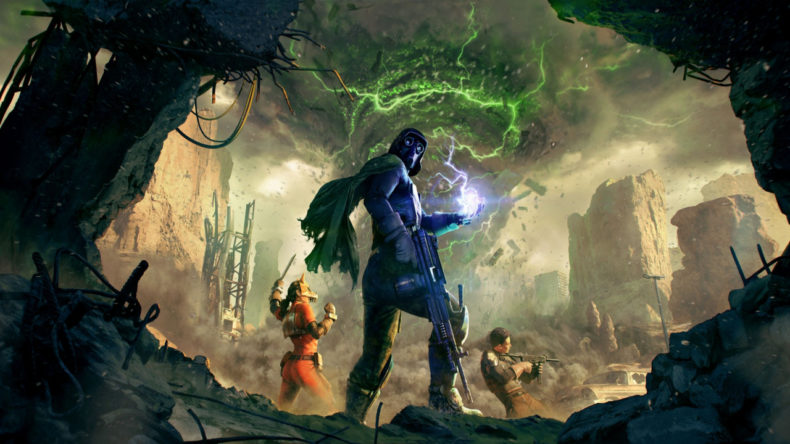 Having come through a successful Kickstarter campaign in 2018, isometric CRPG Encased has been in early access a while. With a release set for later this year, we’re taking another look to see how far it’s come since we played it last year.

Developed by Dark Crystal Games, Encased is set in an alternate version of the 1970s. A huge dome has descended upon the world (hence the title) and will allow no one who enters to leave. In order to investigate and research the dome, humanity has founded the CRONUS organisation. With our technology and understanding catapulted forward, CRONUS has become something of a superpower. Your character is an employee brought into the dome to aid their efforts. Unsurprisingly, nothing is as it seems when you’re encased.

You begin by creating a character from a handful of presets and sliders. Although there are no traditional classes, you’ll instead select from one of five “wings”. These are departments within CRONUS, such as the blue-suited engineers, black-suited soldiers, or orange-suited ex-con grunts. There’s nothing to unique here. Your character has stats and perks you can tweak which will determine your personality and prowess. 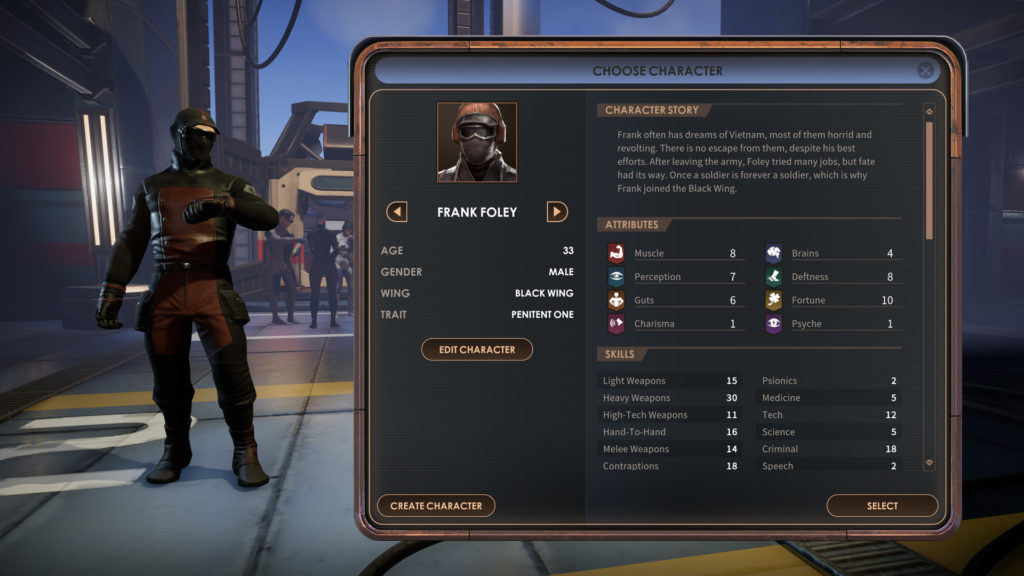 I’ll be honest here: I struggled to take much of it in. Even having played as many RPGs as I have, there is a lot of information here. You have eight attributes to adjust, ranging from “muscle” and “guts” to “brains” and “psyche”. Some are self-explanatory, but some are not. To clarify, this isn’t a slow drip-feed of data to acclimatise to like in, say, Disco Elysium. This is just reams of stats and perks that will take a while to fully understand. In the end I kind of gave up and just went with the default choices.

Once you enter the game, you arrive at an admissions centre and report for duty. You’re given a uniform, supplies, a weapon, and sent for training. Initial impressions even here weren’t great. We found it a little clunky last year, and not much seems to have been improved. Combat is turn-based, and seems to borrow elements from XCOM. However, even in training there’s no cover to hide behind so you just stand there and get shot.

It’s also infuriatingly difficult to actually hit anything. Your character has all the grace and combat proficiency of a half-blind squirrel. Combat is slow and feels a little ponderous, and failing to hit a huge red barrel from around ten feet away is maddening. When I finally finished fighting the conjured training projections, I just felt irritated. 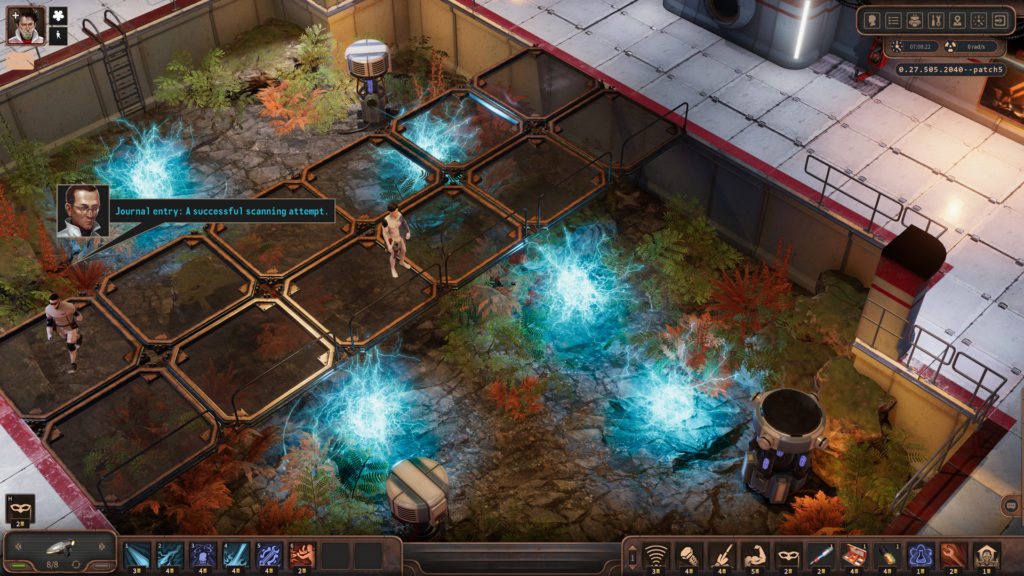 Thankfully, once you push beyond this poor opening gambit, the game isn’t bad. In fact, if you took the combat out and focused on the RPG side of things, you’d have a better time. There’s an awful lot of dialogue in Encased, and you’re often presented with choices and moral dilemmas that have an impact on your story. Exactly how much of an impact remains to be seen, but it’s nice to feel like you’re in control of your fate.

Once you’re able to leave this first area, you’re given a little freedom to explore, talk, fight and generally role-play. The writing is pretty solid so far, with fleshed-out characters, some great world-building in the dialogue, and a general air of mystery that suits the setting perfectly. The society inside the dome is weird one. Although not strictly cut-off from the rest of the world, the fact that no one can leave and so many are reluctant to enter at all gives the sense that you’re in another world entirely. Those encased have their own slang, traditions, rules and regulations. It’s pretty interesting stuff, and I hope they explore it in further depth in the full game. 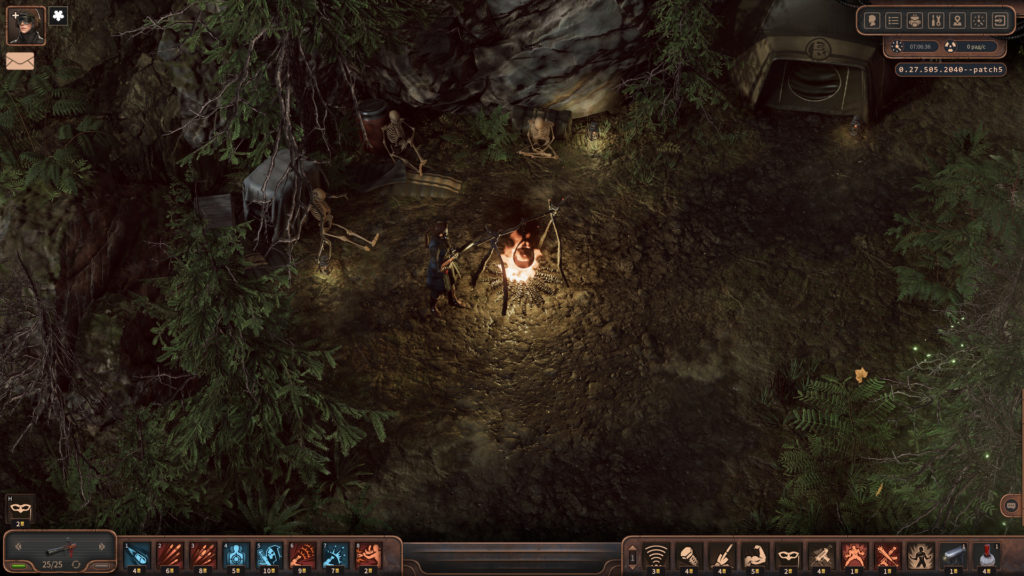 If there’s a complaint it’s that the 70s setting, despite the sci-fi airs and graces, has led to a bit of a drab pallette. There’s not a great deal of colour or spectacle in Encased, which is a bit of shame as there’s potential here to be completely off the wall. You’ll point and click your way around various environments and, to be fair, the level of detail is encouraging. There’s a lot to see and take in, and it couples nicely with the dialogue and flavour text to create a strong, believable atmosphere.

Encased: A narrative full of potential

At present, even after almost three years in early access, Encased still has a way to go. A lot of its systems feel a little outdated already, such as the convoluted character creation and clumsy combat. There’s potential for a deep and enthralling narrative, but I can see that being let down by an over-reliance on combat that should quicken the pace but actually hinders it. Despite my reservations I’m intrigued by the premise and looking forward to finding out more about the mysterious dome and the sinister CRONUS. I just hope I don’t have to fight my way through too much of it.

Senior Content Editor Mick has been playing games for over 30 years and writing about them for around 12. After drifting from site to site for a while, settling briefly at the now-defunct Made2Game and freelancing for the gone-but-not-forgotten NintendoGamer Magazine, he came at last to rest at Godisageek. Mick has been a reviewer, staff writer and content editor here for some time, while also moonlighting a little for Red Bull Games. He has 4 kids, has written 2 novels, and sometimes even manages to pay a bill or two. You'll usually find him defending the galaxy in Destiny 2, battling evil in Diablo 3, or lurking in the background on Twitter. Find him there @Jedi_Beats_Tank, or on XBL (JediWaster247), PSN (Jedi_Waster) or Nintendo (JediWaster).
MORE LIKE THIS
Dark Crystal GamesEncased