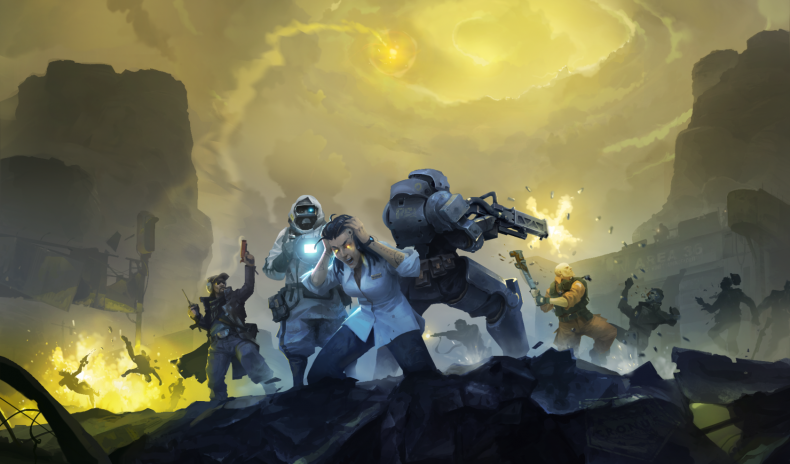 Fallout has done a lot for the Western RPG, whether it’s inspiring Baldur’s Gate (which itself inspired a huge number of fantasy RPGs) or building a template for almost all post-apocalyptic games since the massively popular Fallout 3 and its arguably better spin-off, Fallout: New Vegas. The latest game to be inspired by Interplay’s (now Bethesda’s) series is Encased, which is now in Early Access.

Unfortunately, it falls short of reaching the quality of its inspiration.

As an Early Access game, there is still room to fix the flaws present in this turn-based, post-apocalyptic RPG. There is a lot to be done though, particularly in the difficulty department. Even properly explaining basic mechanics is something that really needs addressing, as I found myself only learning of its survival mechanics when my character randomly became hungry. The game had not told me that was even a thing, so you can probably understand my frustration. The premise of Encased is interesting, it must be said. In an alternate 1970s setting, a mysterious and indestructible dome has been discovered in a desert. The promise of a new life under “the Dome” lures many in, all under the watchful eye of CRONUS, the company employing everyone who enters the Dome. Inside is essentially a wasteland, filled with new technology and unexplained phenomena known as “anomalies,” which present as anything from small electrical disturbances to full-scale electrical storms.

You begin by choosing which CRONUS wing your created character works under, from the soldiers of Black Wing, to the engineering and scientific geniuses of Blue Wing and the manual labour of drafted prisoners that make up Orange Wing, as well as White and Silver wings. This essentially determines how you’ll play Encased, whether it be combat-focused or through careful use of technology or your sheer charisma.

Unfortunately, that gameplay variety doesn’t fully materialise. This is mainly down to the early game being so unforgiving. It seems determined to make you fight, but doesn’t provide a balanced combat system to facilitate that. If you think the XCOM RNG is bad, just wait until your (apparently trained) Black Wing operative has managed to miss three point blank, “100% accuracy” shots in a row. Just wait until they’re set upon by a couple of large rats and struggle to survive. The combat has no real balance whatsoever, which makes the inclusion of a soldier class all the more confusing. It remains baffling when you come upon an area filled with turrets that will rip you to shreds. The only viable option is to sneak around them and use tech skills to shut them down at security terminals, but you probably won’t have that ability if you chose the wrong character class. This lack of freedom, in a game that claims to be open and all about player choice, is unacceptable. Perhaps this is something that can be addressed during the Early Access period, and I hope it is, but it’s a real concern that one of the game’s major bullet points isn’t properly implemented. That should have been one of the first things on the list, right from the start.

I did create a second character, this time opting for a more tech-savvy Blue Wing engineer, for another outing. They (my second character was nonbinary) were far more equipped to deal with the situations Encased’s early game threw at them, being able to hack their way into systems previously blocked for my Black Wing character. She had basically been useless, unable to fight her way out of a paper bag and unable to find ways to avoid combat. My Blue engineer was far more successful, even in combat situations, which made no sense whatsoever.

The thing is, I did at least find myself enjoying the adventure more on the second attempt. It’s frustrating that an “open” game was so restrictive, essentially forcing me to start over in an almost dictated class, but it did reveal to me the potential in Encased. Its isometric, post-apocalyptic world felt more interesting as I explored, and I no longer felt restrained by the soldier’s inability to actually do the most basic soldiering. The worldbuilding is fantastic, as it drip-feeds information about the Dome and its inhabitants. It builds atmosphere extremely well, especially when you find yourself trapped in an abandoned, Vault-like laboratory, early on. Although you aren’t really shown anything, the game uses flavour text to describe scenes seen via CCTV monitors. The descriptions are unsettling and they feed your imagination and curiosity to investigate, while instilling a sense of dread about what you will actually find.

Much like Disco Elysium, most of the story in Encased is told without much animation. It’s usually left to that flavour text I just mentioned, reading almost like a Dungeons & Dragons adventure. Makes sense really, given that even Fallout was based on a tabletop system of sorts. This means that imagination is required to get the most out of the world under the Dome, but if you can allow yourself to be immersed then it’s got a lot of potential.

And that’s basically Encased in a nutshell: potential. Its combat is clumsy, but there is potential to address the accuracy issues and the fact that enemies can attack through walls. Its difficulty is unbalanced due to a lack of real freedom in player choice, but the potential is there for gameplay variety once those choices are given actual weight. Even developer Dark Crystal Games, who worked on games like Divinity: Original Sin 2 and even Mass Effect, clearly has potential.

I just hope that potential is realised by the time Encased leaves Early Access.

Encased is shaping up, but there’s room for improvement