previous
5 Hidden Things and Artifacts on Minecraft – How to Find them?
random
next
A Guide to Finland's Gambling Industry
0 comments

Tandem: A Tale of Shadows has some interesting ideas puzzle fans will love | Hands-on preview 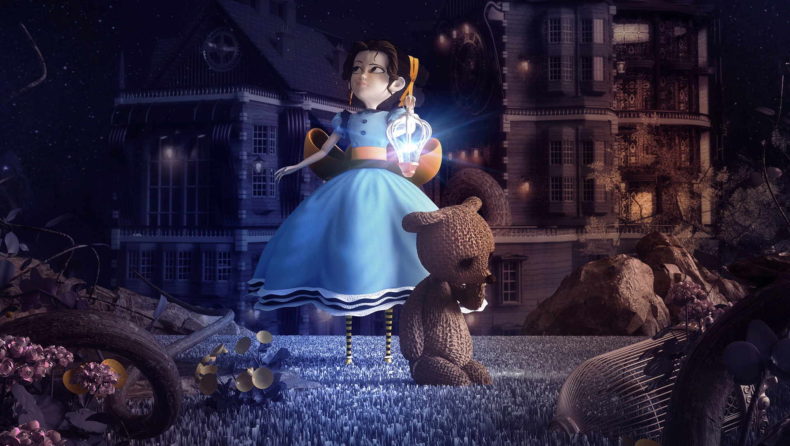 The puzzle genre is a fairly flooded genre these days in gaming, and that’s not a bad thing. But it does mean it takes a bit more to stand out from the crowd, to get noticed. It takes a bit more creativity and thought to elicit the reaction of “Oh, that’s quite clever!” But that’s exactly the reaction I had when I first saw Tandem: A Tale of Shadows. And after playing through the first two worlds of the game in the beta, that initial impression still feels right on the money.

The story, for what it is, sees you take control of Emma, a young girl, who in suspicious circumstances happens upon an anthropomorphic teddy bear called Fenton. After chasing him for a while they end up at a creepy mansion which they begin to explore together. However to progress through the mansion they must solve puzzles together to progress. Each separate puzzle is laid out in a connected overworld like you would expect from say Super Mario 3D World. 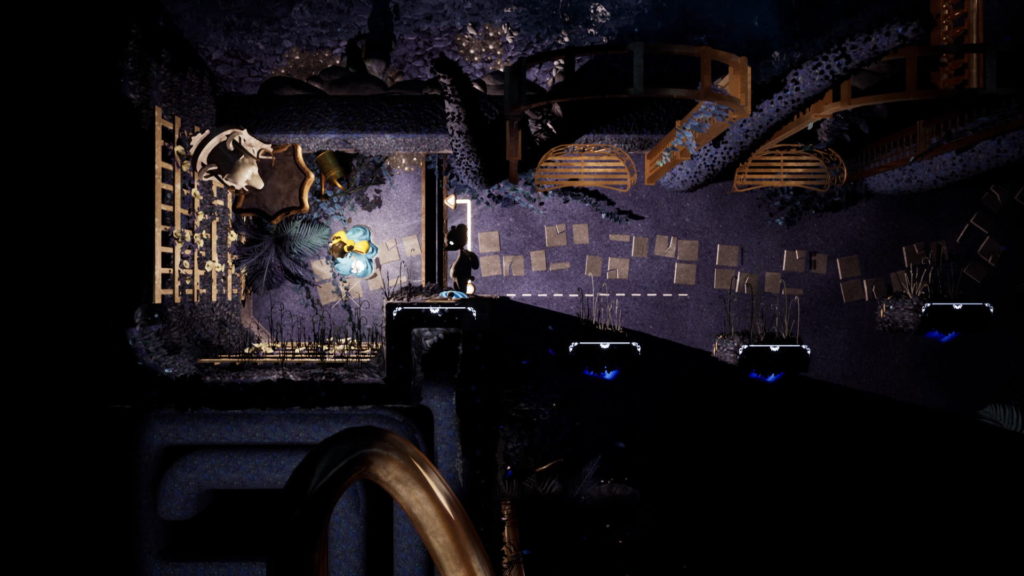 The puzzles themselves though are where Tandem: A Tale of Shadows shows its unique ideas. The way it works is Emma moves about carrying a lamp to cast light and shadows across the room. Fenton, however, moves across the wall, with the perspective flipping 90 degrees when you take control of him. Fenton uses columns as platforms, but can also walk across the top of shadows created by Emma’s lamp. Therefore most of the puzzles are about thinking where to position Emma to cast the right shadow to get Fenton to where he needs to be. The aim is to reach a glowing crystal at the end of each level.

And whilst this mechanic is new and interesting, it doesn’t get too repetitive. Thankfully, from what is on display in the first two worlds, it’s clear that Monochrome Paris has lots of ideas on how to build on this unique premise. There are switches to strike that help the other progress. You’ll encounter enemies for Emma to avoid that Fenton can either distract or move depending on the situation. You can also move objects that can trap enemies or create additional shadows to help Fenton. 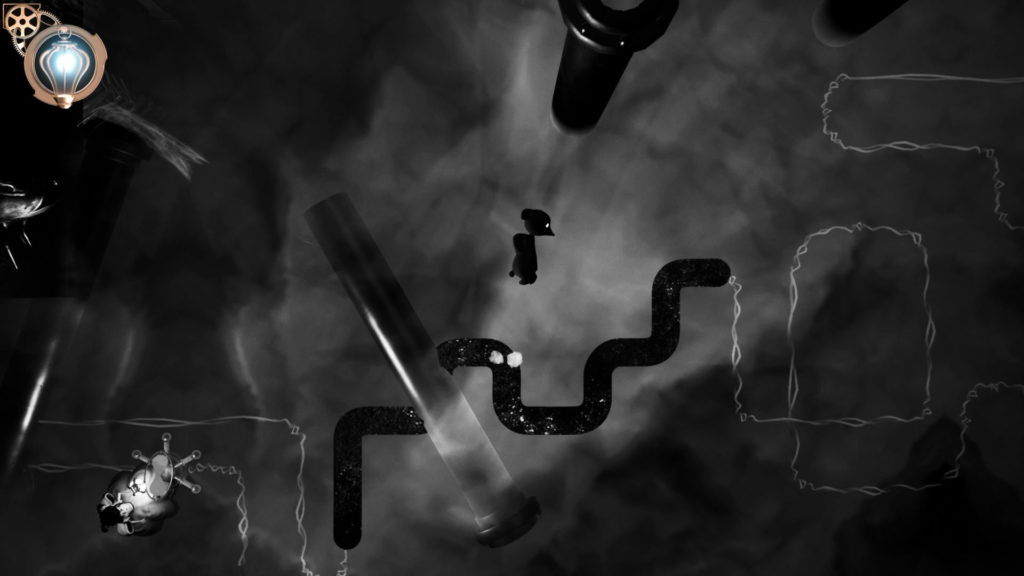 The setting is one of a creepy mansion, like something out of a Little Nightmares game if not quite as macabre as that. It’s not scary or intense but is packed with character and there are even secrets to uncover for the eagle-eyed player prepared to walk off the obvious path. The use of light (and the lack of it sometimes) helps add to the atmosphere. And it’s all subtly enhanced by a background soundtrack that causes you to reminisce about haunted houses and quirky goings-on.

Tandem: A Tale of Shadows is quite respectful of your time too, without unnecessarily padding out the experience. Emma is given a run button straight out of the gates allowing for speedier traversal should you want it. You can also easily reset the characters if you think they are stuck. The very liberal checkpoint system also means you can almost pick up exactly where you left off. The character also controls as you would expect, with Fenton’s jumping in particular, that whilst a little floaty, still feels manageable and never causes you to fail. 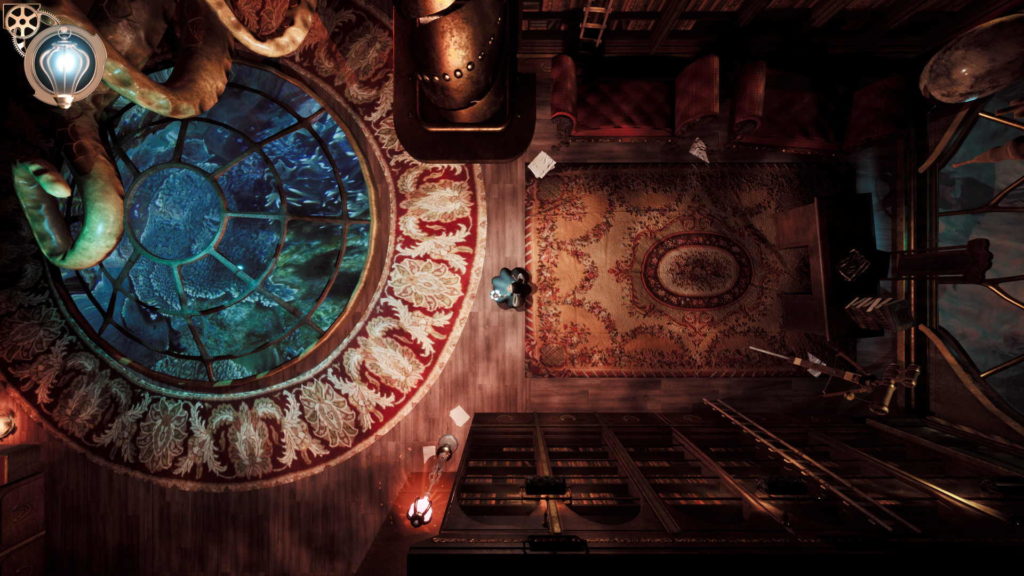 The puzzles and ideas are varied and the different mechanics don’t outstay their welcome. Each level is unlikely to challenge you for very long. Most solutions to the puzzles become obvious quite quickly once you understand any new mechanisms. Then it’s simply about putting Emma and Fenton in the right place. The two worlds I played through took just over 90 minutes of playing to complete. With five worlds in total, I imagine the full game is likely to take between 4 and 5 hours to finish, depending on what those later worlds contain.

So a shortish puzzler this is, but certainly, one that is packed with new ideas and mechanics. It also manages to nail the creepy, quirky aesthetic of its setting. The beta has certainly piqued my interest, and I’m keen to see what the later worlds have in store for me. And more specifically, what different ways Emma and Fenton can interact compared to what I’ve already seen. Tandem: A Tale of Shadows definitely offers something different and could be popular amongst puzzle fans when it launches later this year.

Tandem: A Tale of Shadows review