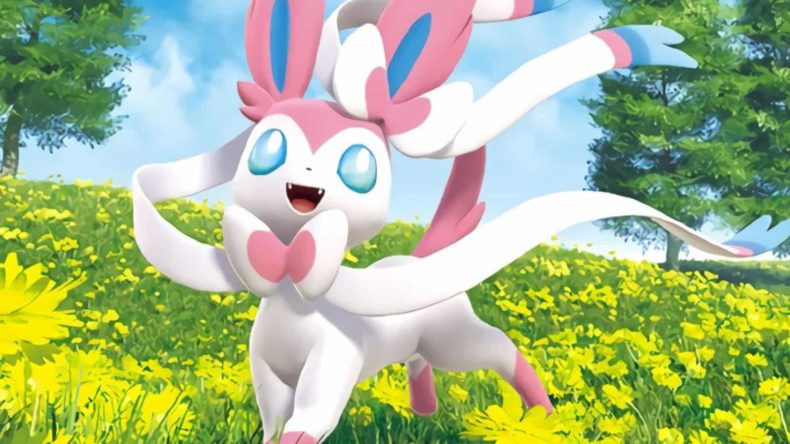 Eevee’s evolution is now available to join your team in Pokémon UNITE, as Sylveon is welcomed with open arms to the popular free-to-play Switch game. Sylveon becomes playable when Eevee evolves at Lv. 4, and offers some fiery moves that are sure to do plenty of damage.

After Eevee evolves into Sylveon, they’ll learn one of two important moves which are are upgraded from Eevee’s Swift move. Mystic Fire sees Sylveon create four small flames that shoot towards opposing Pokémon one at a time. Each flame deals damage and decreases an opponent’s Sp. Atk for a short time. Hyper Voice sends multiple sound waves towards the opposition. With each following sound wave that connects, it does more damage than the last.

Two other moves that can be chosen to be upgraded from Eevee’s Baby-Doll Eyes are Draining Kiss and Calm Mind. The former sees a kiss float between Sylveon and their opposition. It’ll heal Sylveon, but damage the opponent. Calm Mind increases Sylveon’s Sp. Atk, Sp. Def, and movement speed for a short time. Sylveon’s UNITE move is called Fairy Frolic, and it renders who invincible as she leaps into the air. More details can be found about Sylveon’s move set on the official site.

Video games are cool. Don't let anybody tell you any different.
MORE LIKE THIS
Eevee!Pokémon UNITE