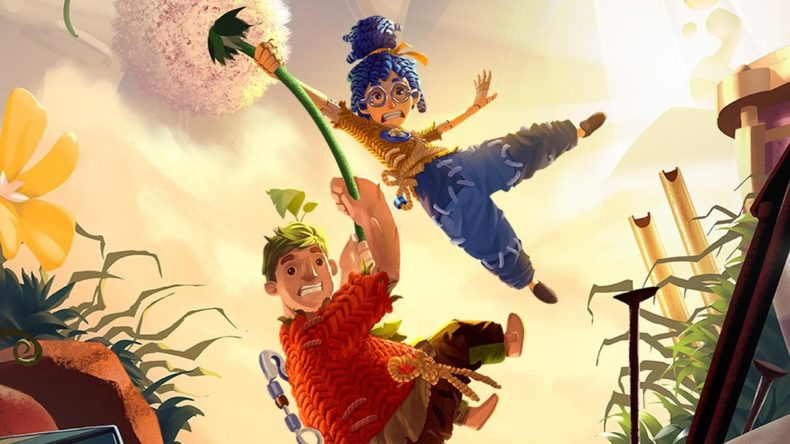 Game of the year is a special time for all of us in the industry. We get to celebrate some of the best titles after a year of covering them for our jobs. You may have already read the top ten list we’ve published, but it’s time to dedicate a full article to the winner. This is the game of the year for 2021, congratulations to It Takes Two. Below are the comments from our team explaining how and why this decision was made.

This game should not exist. It’s the feeling I’ve had ever since I finished playing it the third time. I played with Chris White for preview, then review. Then I played it through with Chris Hyde, and Adam Carroll. I almost felt jealous hearing Lyle and Mick were playing it without me. This game is a truly, truly special experience. It’s up there with Super Mario Odyssey, and honestly, if I had to pick between them… well, I don’t know how I could do that.

Every single level has a new mechanic. That mechanic is never used again. How did this happen? Also, how was it allowed to happen? How did EA let a developer do that? Every mechanic IN each level could be a full indie game of its own making. This game should not exist. I remember being at the preview event for this one, and Josef Fares explaining he wanted “no shiny shit” (collectibles) and that his inspiration was a Nintendo platformer. It shows. There was that story as well where he offered to pay people who didn’t like that game. Honestly, I get why he was that confident. It Takes Two is a masterpiece. Against all odds, it exists, is brilliant, and to be completely frank with you, it’s been top of my list from the moment I first played it. 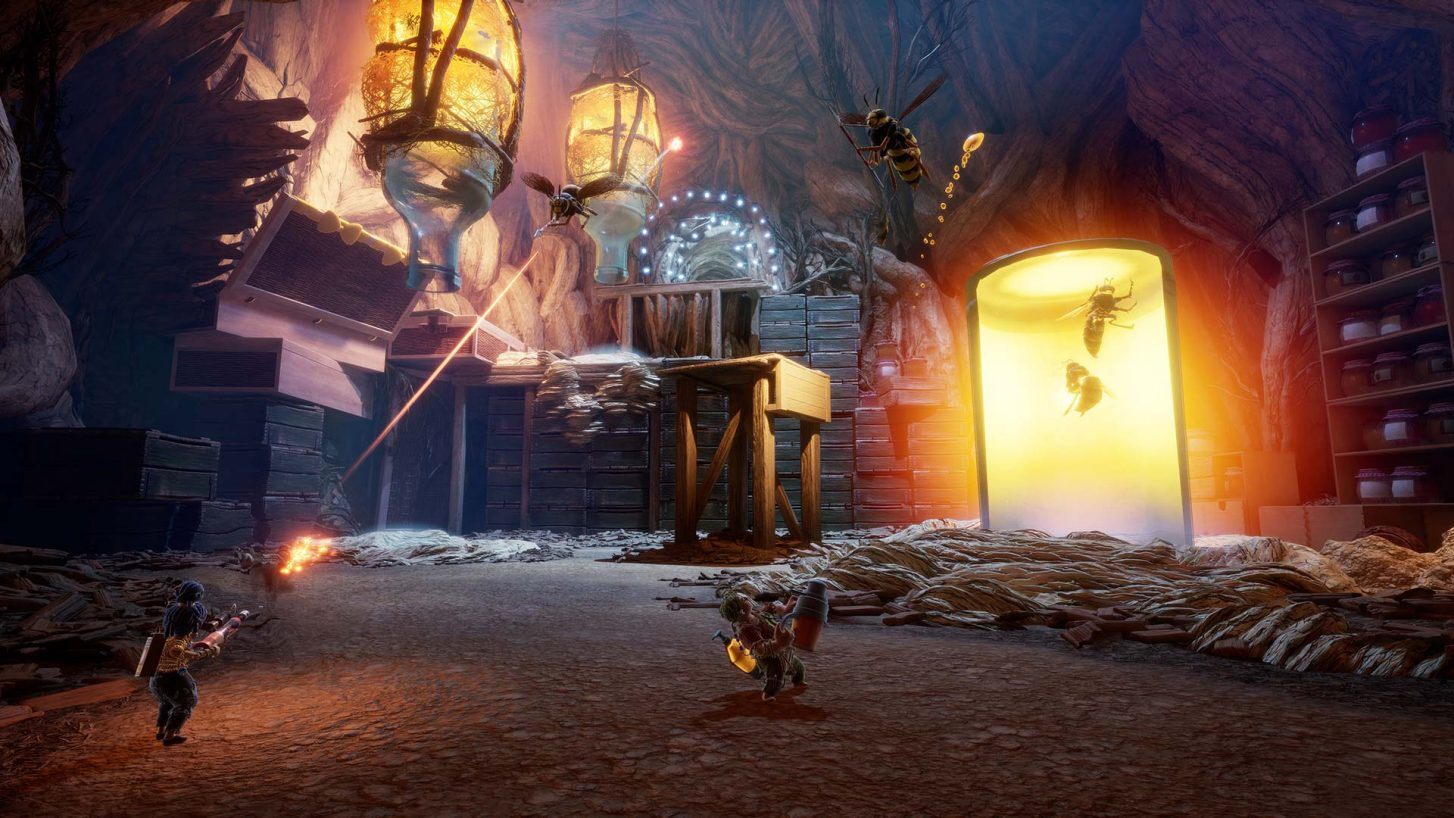 Where to start with It Takes Two. I honestly can’t praise this game enough. From the moment I played through the preview with Adam Cook, I knew this was going to be something remarkable. It never faltered with its platforming. Every joint mechanic felt important and fresh right until the end. Whether I was fighting off hordes of bees, trying to kill a stuffed elephant, or taking in the sights of a ski resort in a snow globe, It Takes Two gave me hours of memories. I’ve not seen this calibre of platforming since Super Mario Odyssey, and even then, this beats it hands down.

The story was at times heart-breaking, but it was also filled with a lot of hope. Divorces can be painful, especially for the children involved. Hazelight were sensitive to this, and highlighted how tough it can be for the children involved. As for May and Cody, their relationship evolves throughout It Takes Two. You see their flaws, their strengths, and that love that once burnt bright between them. To make such a remarkable game that can both be funny and moving takes real talent. It Takes Two deserves all the praise, and it fully deserves to sit at the top of many GOTY lists. 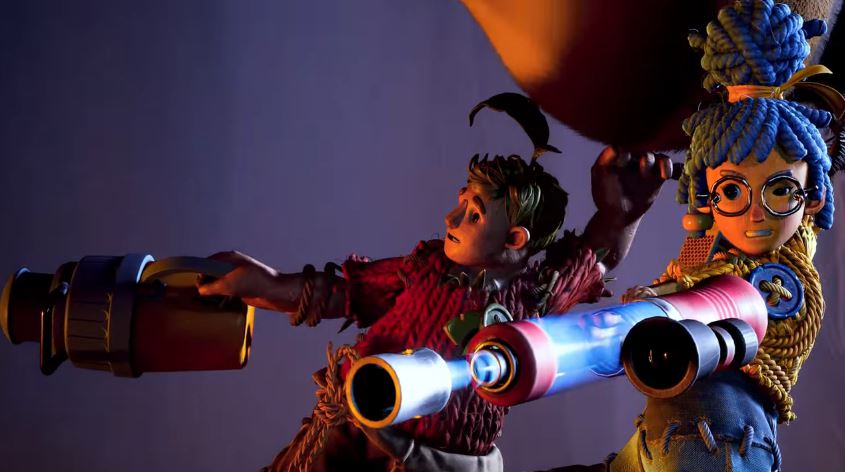 Seemingly traditional or predictable mechanics like a hammer and nail provide the perfect case study as two why this game is so special. It starts with just hammering switches and nailing platforms in place. Then it’s about using the hammer to swing on nails that are shot in the wall, as extra platforms. It culminates in a boss battle using all these mechanics and more. Oh and obviously Mae can also hammer Cody into the floor, for no other reason than it’s funny. In many ways, it’s reminiscent of Super Mario Odyssey in what it does, but for me, It Takes Two “out-Odyssey’s” Odyssey, in that it takes unique ideas, but their multi-functional execution makes them more wonderful than ideas in Mario’s epic.

And It Takes Two keeps doing this throughout its entire runtime. It’s chock-full of special, memorable moments that delight you. It’s got wacky random minigames or ways to randomly kill each other. There’s even a section where you can construct a photo scene just to see the polaroid outcome and nothing else. That and the myriad gaming references and homages throughout and the subtle humour in the writing and character interactions, it truly is a treat. It’s a game that you can’t help but enjoy and appreciate for all that’s inside it. A game for gamers made by gamers that just brings joy to everyone who plays it. 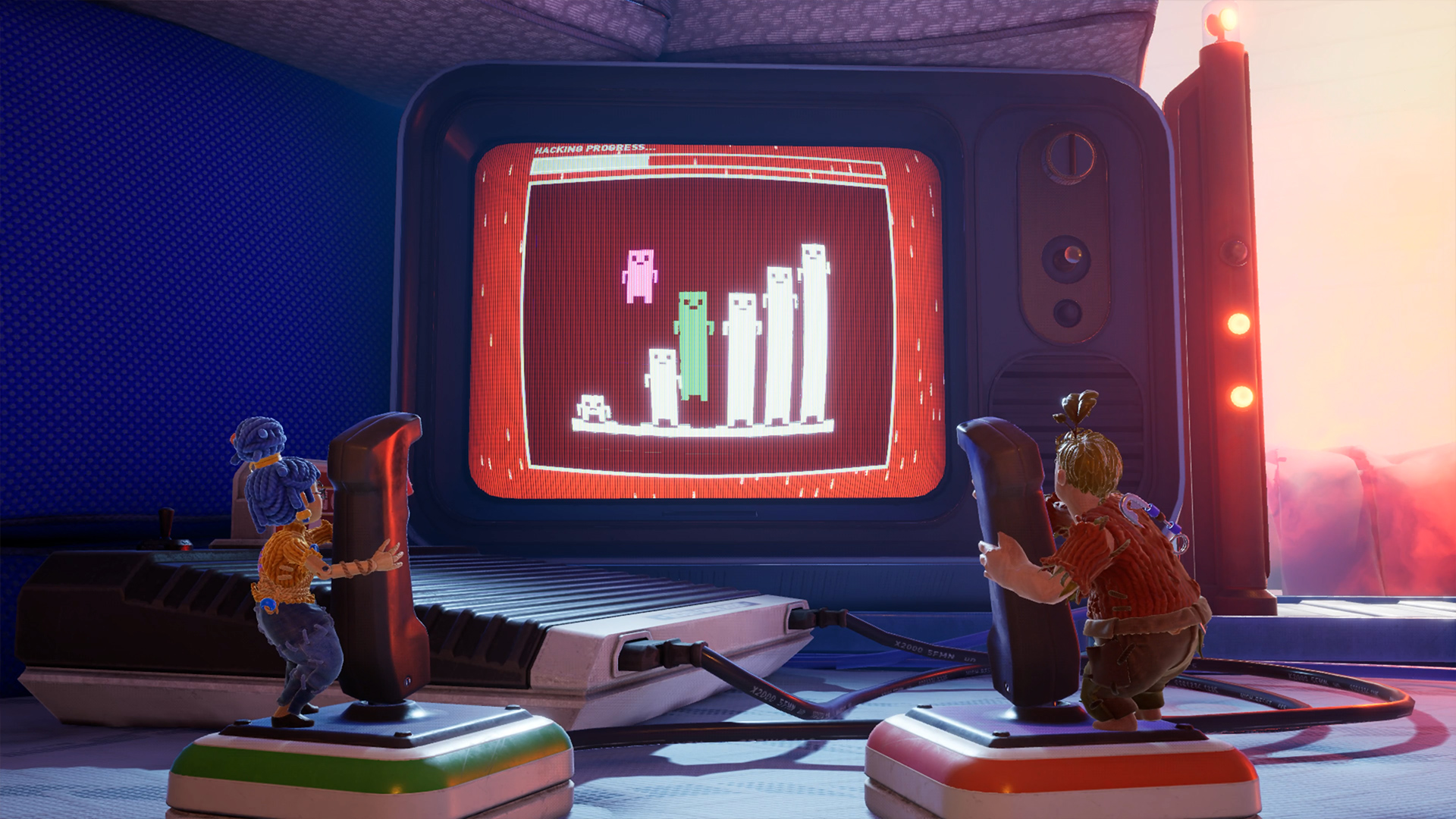 As we’ve said several times in several ways, this is a game that has no right to exist, let alone to be this good. I didn’t even bother with it at first, so convinced was I that it just wasn’t my bag. But hearing my colleagues tell me repeatedly what I was missing, I finally gave it a run in time for the annual GOTY deliberations and holy shit – it’s phenomenal. This is a game that I shouldn’t like: a colourful, cutesy platformer with a backstory that could easily have been saccharine sweet. A game about living dolls navigating fantastical versions of real-world environments like bedrooms and gardens. How could this possibly end up being my favourite game of 2021?

It’s simple really. It has more heart, charm, and pure unadulterated love than anything I’ve ever played. Josef Fares and Hazelight didn’t set out to make just one game. They set out to make all the games they’d ever wanted to make in one go. It’s something that shouldn’t possibly work, a mish-mashed hodge-podge of titles and styles and genres that nerve stops delivering new experiences, new mechanics, new feelings. I played it through with my daughter in just four sittings and have never laughed or shouted as much through a co-op game. If its cliche or hyperbolic to refer to a game as magical, I’m sorry that I’m not sorry to say that It Takes Two is exactly that: pure, unbridled, video game magic. 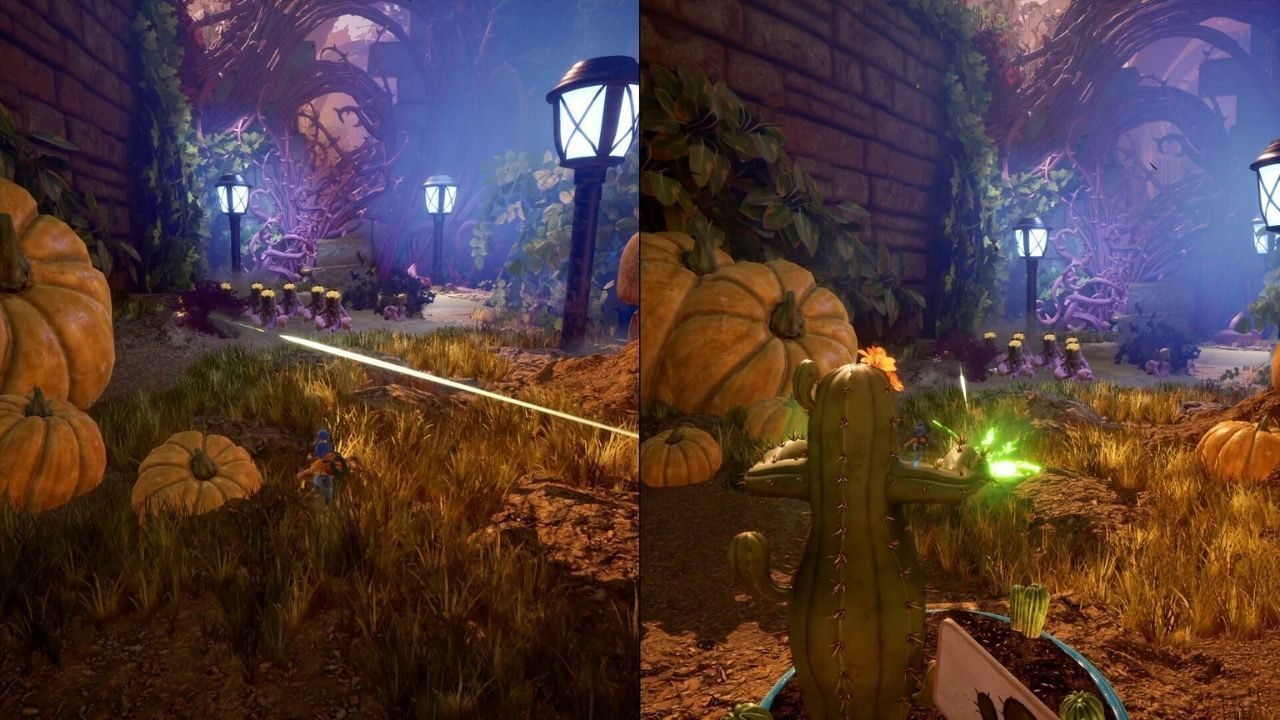 My partner and I love playing video games together, whether it’s blasting zombies in Left 4 Dead or sailing the Sea of Thieves. After over a decade of playing games together, no co-op experience has ever impressed us as much as It Takes Two. No two sections of this platforming adventure are the same, with creative idea after creative idea flung at you as you try to get back to your daughter. One moment you’ll be riding frogs about a garden, the next you’ll be playing a Diablo style dungeon crawler.

Perhaps the most impressive thing though about It Takes Two is how playful it is. Mini games you can play against your co-op buddy litter the fantastical worlds, from a simple Whack-A-Mole game to curling or even a full game of chess. Alongside all this joyful interactive optional content, playing through the game is a delight. The platforming is tight, the gameplay beyond varied, and the power ups you get encourage you to work together in truly wondrous ways. I know I’m going to be replaying this game with my partner regularly for the rest of my life, and I cannot wait.

Congratulations to Hazelight Studios and It Takes Two for being the best game of 2021!

Editor-in-Chief.
MORE LIKE THIS
featgame of the yearGame of the Year 2021GOTY