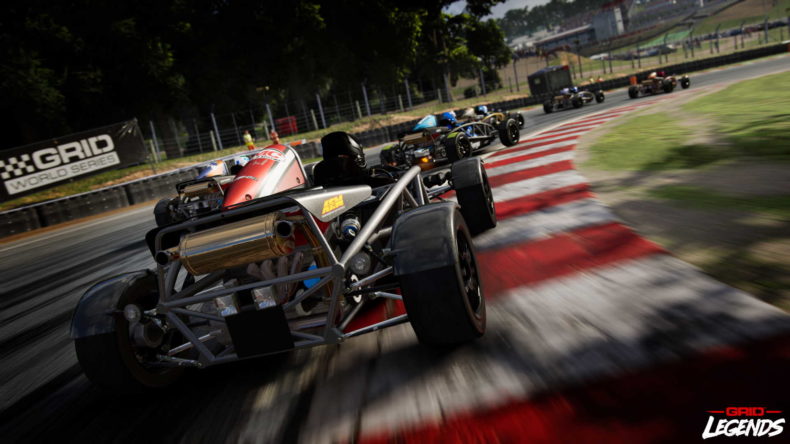 The GRID legends car list is likely to be pretty big, but as we’ve only just had our first hands-on preview with the game, we can only confirm so many.

In Chris White’s preview he said: “GRID Legends is a beautiful game. The six locations I saw across the globe are so different, but they each have striking landmarks and environments. London is authentic, with Big Ben overlooking the track and other familiar buildings adorning the track. Barcelona is sunny and striking; and Strada Alpina is filled with a breath-taking mountain range and gorgeous green fields. The twelve playable cars on offer were meticulously designed and looked stunning as they blazed across the tracks. The Ginetta G40 GT 5 and Porsche 962C were a couple of my favourites, but it’s hard to pick just a few.

So it all sounds pretty tantalising. With multiple types of disciplines, car types, and places to race. The weather looks like it’ll have a massive effect, as well!