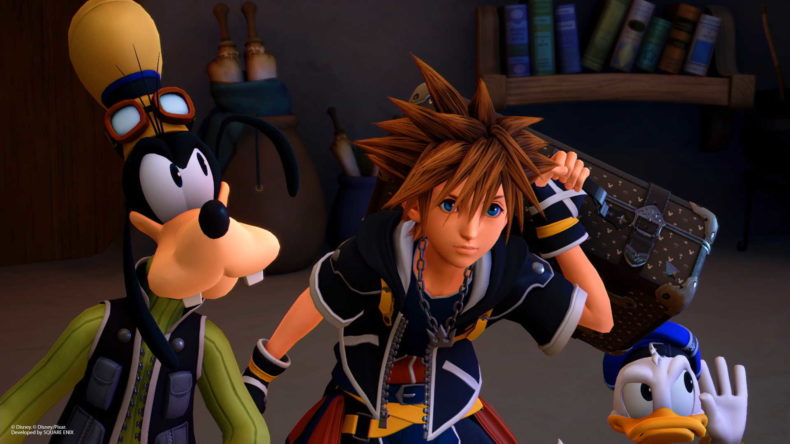 There are an awful lot of Kingdom Hearts games available now, but the Kingdom Hearts Switch release date is has been revealed as February, and the games are going to be the cloud versions. Just to be clear: the game is going to be playable via the cloud, with nothing to do with Cloud from Final Fantasy VII. Though he’s probably in there, likely fighting Donald Duck or something over who’s edgier.

So as not to get further confused, I’m going to list the official information directly from square about the Kingdom Hearts switch release date, below.

Chris White reviewed the third (and final?) Kingdom Hearts back in February 2019, where he gave it a 7.5/10. In that review he said that “The final game in the series goes out with more of a whimper than a bang, but there’s still plenty of heart, and the combat never fails to entertain. There’re some wonderful visuals and plenty of Disney surprises, and although the story is a mess when it strays into the series’ lore, it’s still fun”.

Playing via the cloud means you won’t have the games stored locally. However, it does mean you’ll get a better looking version than it was running natively.

The Kingdom Hearts Switch release date, then, is February 10th.