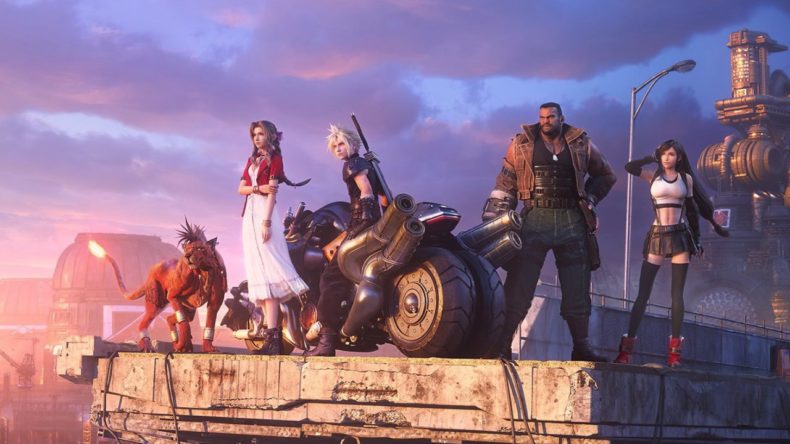 It’s hard to say for certain if there were more re-releases or remakes in 2020 than usual, but there was definitely a steady flow of them. Our own shortlist for the category was huge and there were a lot that didn’t even get a mention. But one title stood out for many people this year, not only because of how well put together it was or how much it exceeded cynical expectations, but also because of what the original meant to us.

This article discusses the game in detail, so does contain spoilers.

Final Fantasy VII is one of the greatest video games of all time. That’s a personal statement but also one I think few would argue against. The cast of characters, the rich world, the dynamic between hero and villain – and the gameplay. For its time it felt streets ahead, filling a gigantic game world with things to discover and overcome.

Announcements that the Final Fantasy VII Remake would be episodic were met with disappointment. Not just with the usual gamer cynicism, but with actual upset. Because it’s hard to pick a single favourite moment or character in that game, and so it was obvious from the get-go that Square Enix weren’t aiming to please all the people, all the time. Further revelations clarified that the first episode would only cover the early, Midgar portion of the game and most gave up hope. How would they stretch a six hour prologue into a full game? Surely it was a cash-grab and nothing more? 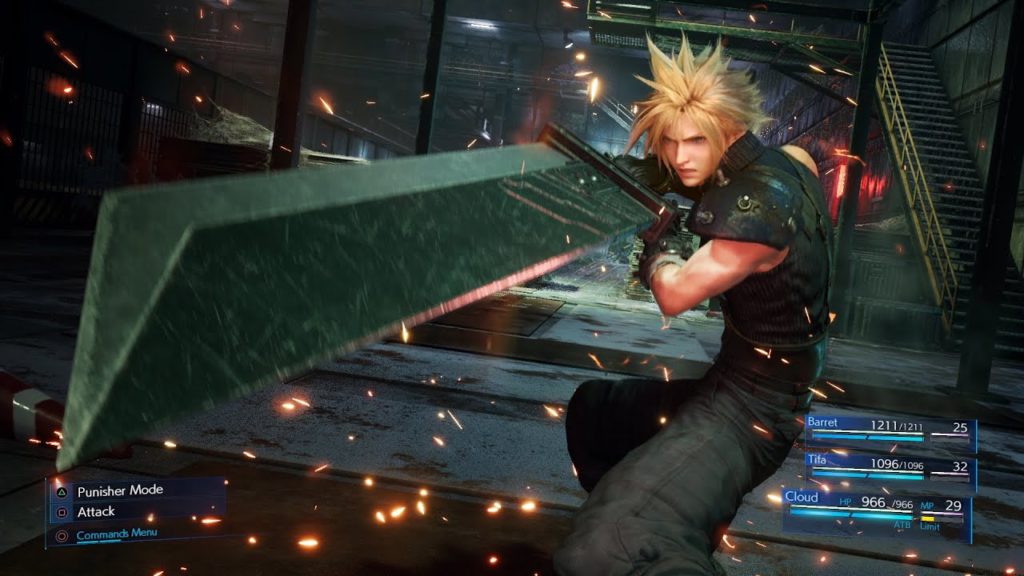 And then we played it.

Sometimes being a reviewer makes you feel like you’re part of some secret club, where you conduct clandestine manouvers behind closed doors, the dreaded embargo agreement hanging over you like the Sword of Damocles. You do your job as professionally as you can, but you’re only human, and sometimes you can’t help but let that human side out, and it takes an effort of will to not just up and silence the naysayers, to tell anyone who’ll listen that they shouldn’t worry – it’s going to be okay.

From the moment the title music played, right up until Cloud Strife first leaps from the train onto the platform, I felt like a teenager again. Grand statement? Dramatic? Absolutely. But that’s what this game did to many. Its not just a re-skin, or even a point-for-point remake – it was re-designed completely, and yet still manages to capture so many of those shiver-down-the-spine moments.

And those moments were built upon, added to. Characters who had been fan favourites but fleeting were fleshed out in the Remake, given personalities and backstories that made their ultimate fates that much more heartbreaking. Established characters showed new dimensions, and stories only alluded to were cast under a brighter light, their details brought to bear. 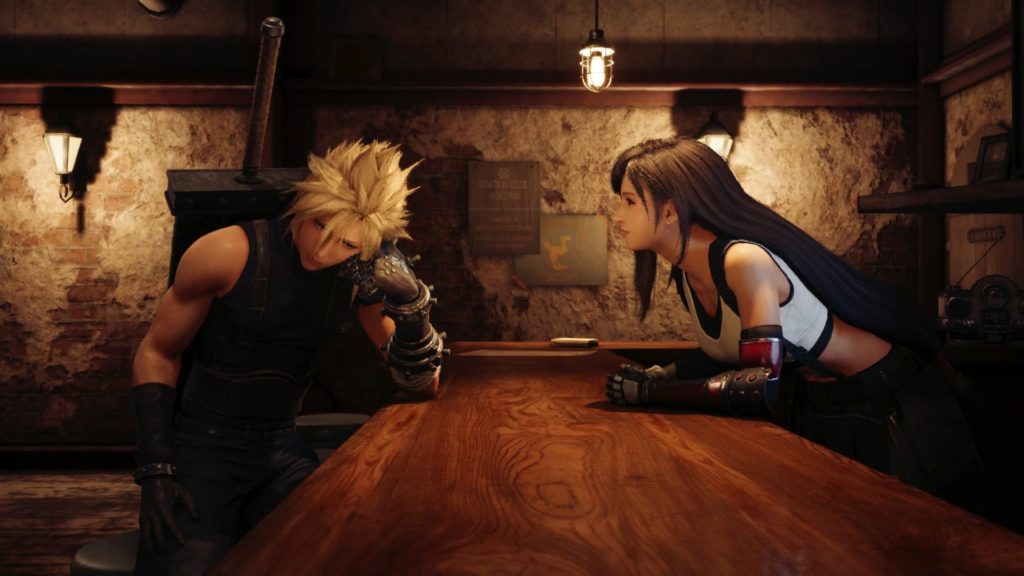 A redefined combat system somehow still loops in all the elements of the old, and the screen-filling spectacle of each Summon attack is a sight to behold. Complaints here and there about the side content are perhaps founded – but notably, this is “side content” and you don’t have to do it all if you don’t want to. Many did anyway.

But sooner or later we need to talk about that ending. Decisions were made here that the Director and developers knew would upset and alienate some of the fans. Yet in order to deliver a story we remember in a way that still surprises and subverts expectation, they had to make changes, they had to reorder events, introduce new characters and, crucially, alter the known fates of established characters. You could tell that the original game’s Director, Yoshinoro Kitase, had slept on some of these changes for decades. His vision for the game had changed and as Executive Producer he had the power to make some of those changes – though not all – a reality. Changes weren’t made for the sake of it, but to tell the same story in a deeper and more affecting way. 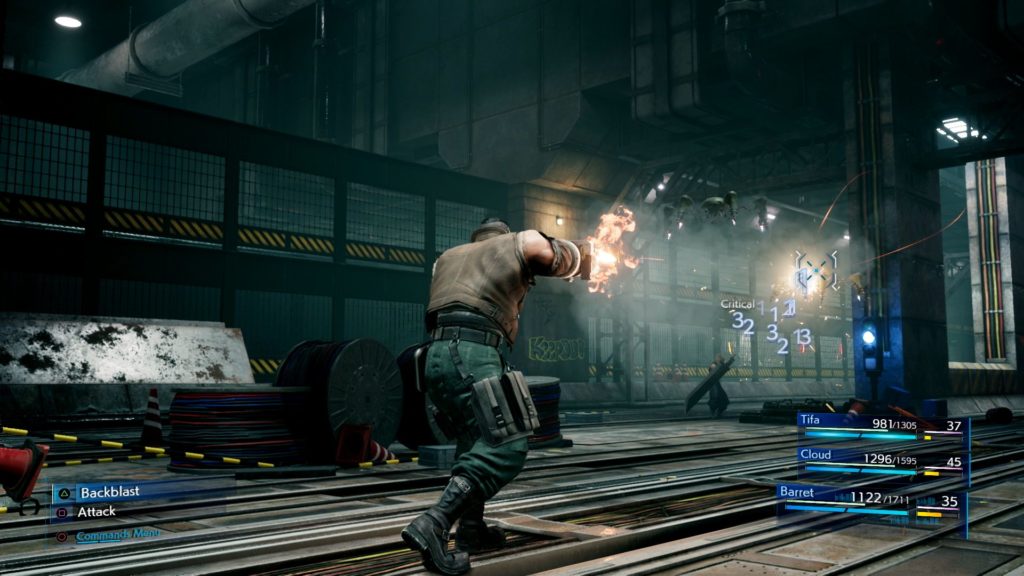 The final cliffhanger is a testament to this. That so many came out of the game shell-shocked, and unable to predict what’s coming next. In the remake of such a well-known game, that’s a difficult and insanely risky move on the developers’ part. Will it pay off? Who can say at this point. But there aren’t many who won’t go along for the ride, even if only to understand why those changes were made.

Ultimately, 2020’s Final Fantasy VII is an incredible game in its own right. It’s so far removed from, yet so reliant upon, the original that it appeals across generations in the same way last year’s Resident Evil 2 remake did. It’s a storming adventure, a touching tale of friendship, and a heartbreaking drama – and it looks astonishingly good. Which is why on a shortlist so varied and strong, it has triumphed as God is a Geek’s Best Re-release or Remake of 2020.

Senior Content Editor Mick has been playing games for over 30 years and writing about them for around 12. After drifting from site to site for a while, settling briefly at the now-defunct Made2Game and freelancing for the gone-but-not-forgotten NintendoGamer Magazine, he came at last to rest at Godisageek. Mick has been a reviewer, staff writer and content editor here for some time, while also moonlighting a little for Red Bull Games. He has 4 kids, has written 2 novels, and sometimes even manages to pay a bill or two. You'll usually find him defending the galaxy in Destiny 2, battling evil in Diablo 3, or lurking in the background on Twitter. Find him there @Jedi_Beats_Tank, or on XBL (JediWaster247), PSN (Jedi_Waster) or Nintendo (JediWaster).
MORE LIKE THIS
FFVIIRfinal fantasy vii remakegoty 2020square enix