Latest The Day Before trailer is all about the incredible RTX 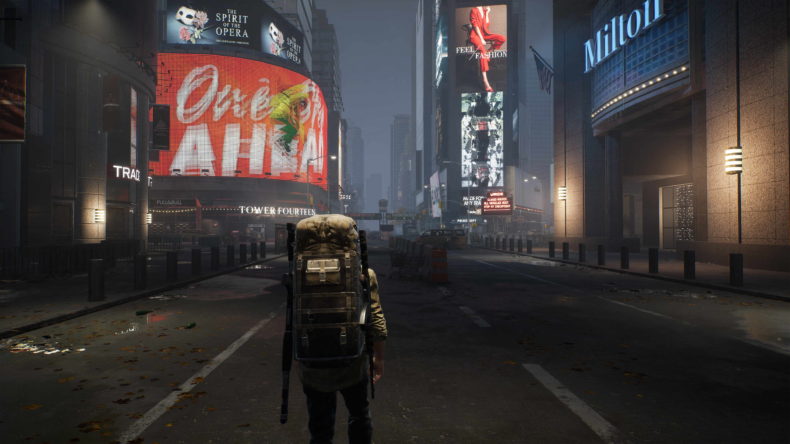 Looking like a cross between The Division 2 and Day-Z, Fntastic’s The Day Before is a brand new post-apocalyptic shooter heading to PC in June 2022.

Today the developer, along with publishers MYTONA, have released a jaw-dropping new gameplay reveal showing off the RTX effects across a range of locations. Abandoned city streets, grim forests, and shiny shopping malls feature in the trailer, all demonstrating the kind of stunning locales you’ll be exploring come launch.

The Day Before is set in a huge open world where you can plunder derelict homes and skyscrapers, abandoned cars and tenements, or head into the wilderness in your unending quest for food and supplies. You’ll fight off terrifying infected humans as well as other players living as desperately as you.

As a survival MMO, The Day Before is likely to rely heavily on the locations to provide the necessary atmosphere, and frankly it looks unbelievable. We’ve all seen similar trailers before, of course, only for the final game to be somewhat downgraded, but Fntastic appear to be super confident about their game.

This new trailer, which shows off the ray-traced reflections, ambient occlusion, the stunning RTX Global Illumination tech and state-of-the-art NVIDIA DLSS, was unveiled at NVIDIA CES 2022, one of the most prestigious technology events in the world. It largely features the player character running and shooting, with little shown of its infected enemies. What it does show, though, is detail. The attention given to background details like billboards and shopfronts is impressive, while still images of the shopping mall interior appeal almost photo-real.

So far, The Day Before is looking like a hugely ambitious title, and we can’t wait to see if the PvPvE gameplay stands up to the hype.

The Day Before is scheduled to launch on PC on June 21, 2022. For more information, check out its Steam page here.

Senior Content Editor Mick has been playing games for over 30 years and writing about them for around 12. After drifting from site to site for a while, settling briefly at the now-defunct Made2Game and freelancing for the gone-but-not-forgotten NintendoGamer Magazine, he came at last to rest at Godisageek. Mick has been a reviewer, staff writer and content editor here for some time, while also moonlighting a little for Red Bull Games. He has 4 kids, has written 2 novels, and sometimes even manages to pay a bill or two. You'll usually find him defending the galaxy in Destiny 2, battling evil in Diablo 3, or lurking in the background on Twitter. Find him there @Jedi_Beats_Tank, or on XBL (JediWaster247), PSN (Jedi_Waster) or Nintendo (JediWaster).
MORE LIKE THIS
FntasticMYTONArtxThe Day Before

The Day Before has been delayed to November 2023