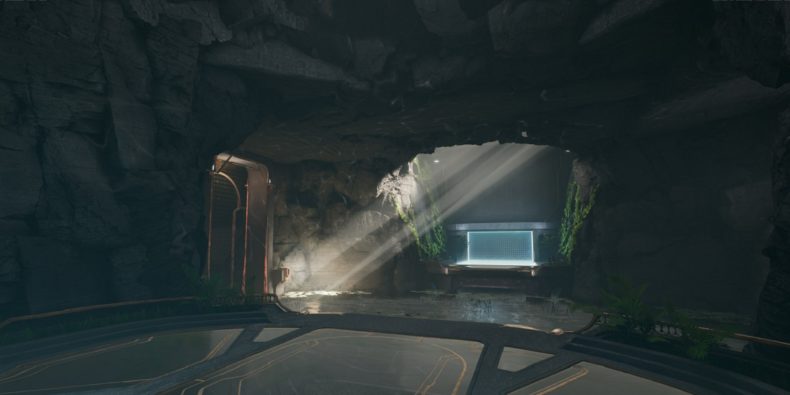 Splitgate became one of last year’s sleeper hits, climbing the Steam rankings and garnering praise for its clever gaming mechanics. Infusing the gameplay of Halo and Portal, its free-to-play FPS offerings hooked in players the world over. On the eve of Splitgate Beta Season 1, I got an early chance to see all the big changes, improvements, and more. Hosted by CEO of 1047 Games Ian Proulx, the presentation showcased the new Map Creator; Forgone Destruction map changes; new modes Evolution and One Flag CTF; and the Splitgate Battle Pass.

Forgone Destruction will feature huge upgrades to lighting and textures, as well as the layout of the map. The changes focus on getting players to leave sniper towers. The shotgun has now been moved to the middle of the map, and an emphasis on sniper guns has been placed with the removal of the railgun in favour of the sniper rifle. One thing Ian reiterated throughout the presentation is how 1047 Games is listening to the community to make Splitgate better, and it shows. 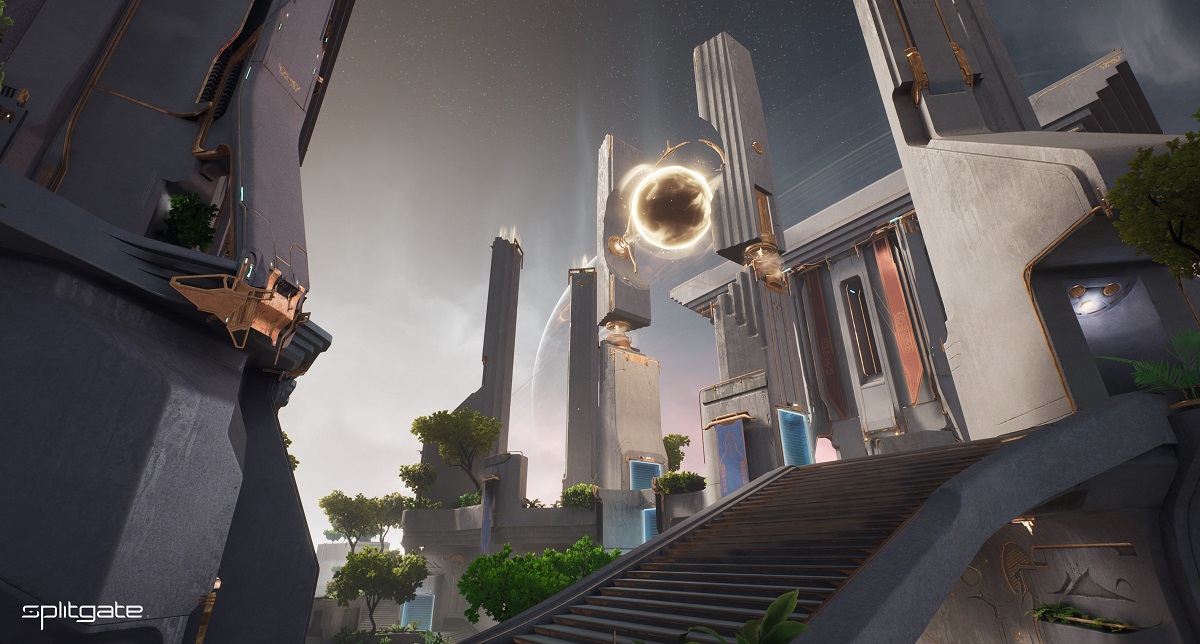 Evolution is a brand new mode that aims to mix up the FPS genre. In the mode, the winner of the round essentially improves the layout of the opposing team for the next round. If you win, the opposing team get better guns. If they then win, you’re weapons improve. Ian called it a Comeback mechanic, and it makes a lot of sense. The intention is to balance skill and firepower while challenging both teams to use weaker and stronger weapons throughout. It’s a neat idea, and it’ll be cool to see how the community take to it. T

The other mode coming is One Flag CTF. The mode will allow quicker and fast rounds, with no limit to where portals can be placed. Sometimes, Portal Walls would block the ability to use portals on, however, this will be removed for the mode. I didn’t get to see this mode in play, but it sounded like a smart move where it’ll ramp up the intensity of combat and make matches within One Flag CTF thrilling and intense. 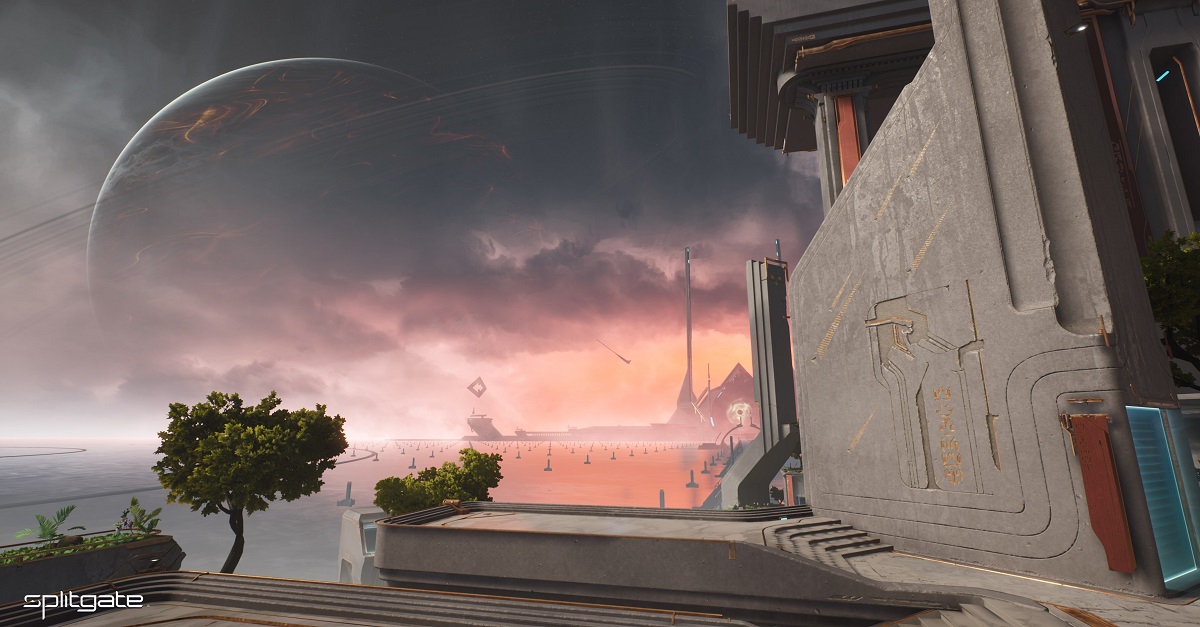 Perhaps the biggest addition to Splitgate is the Map Creator. One thing that became clear is the originality at 1047 Games. While Splitgate does things similarly to other shooters, small changes and additions do feel fresh. One such feature in the Map Creator allows up to eight players the option to build a map at the same time. You can invite friends into your creation without strangers coming in and destroying all your hard work. Once you’re happy with it, you can enrol it in custom games so that it can be played by Splitgaters across the world.

It looks accessible and easy to use. In a time-lapse video I got to see, two developers at 1047 were given 90 minutes to build something. It looked incredible for saying it was done in a short amount of time. Ian called it a “clean, simple, easy to use experience,” and it shows. Players will be able to cycle between edit and play mode with the click of a button. This will allow every change and addition to be played through and checked quickly before each creation is put online. 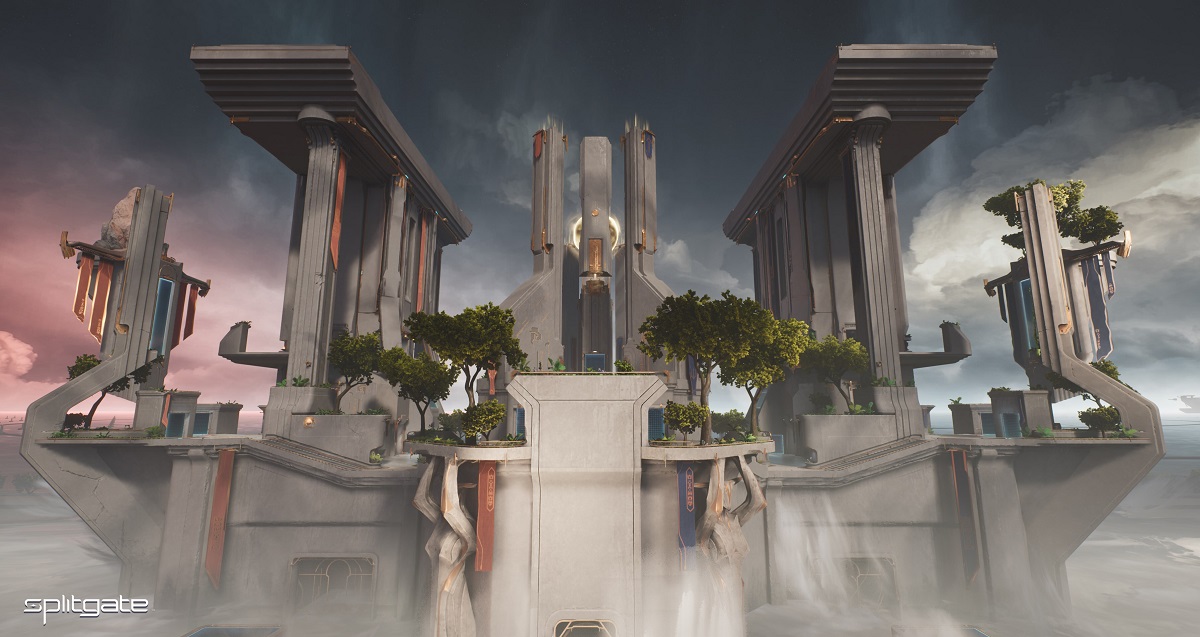 We also got to see what’s to come from Splitgate Beta Season 1 Battle Pass. Like many games featuring a battle pass, there will be 100 levels featuring free content. Many of the skins for weapons are thematic. This means that some will be better suited when playing certain maps, fitting in the the themes of them. We saw a fancy white and gold skin for a gun that fitted perfectly with Forgone Destruction. The better your level, the better the skin. It’s been inspired by Rocket League’s Ranked Rewards, as Splitgate will give away skins based on rank and how well players do. The Referral Pass also returns, gifting players a swanky Raven Legendary Paladin skin.

The movement from indie game developer to AAA studio is well on its way. For saying this is 1047 Games’ first title is insane. Ian Proulx and the entire team are making significant changes that take into account the comments of the community. Even small additions like bringing One in the Chamber back into the playlists has come from listening to the players. Splitgate is going from strength to strength. It seems as though this is the ideal time to get into the phenomenon that is Splitgate, and I for one will be joining the fight.