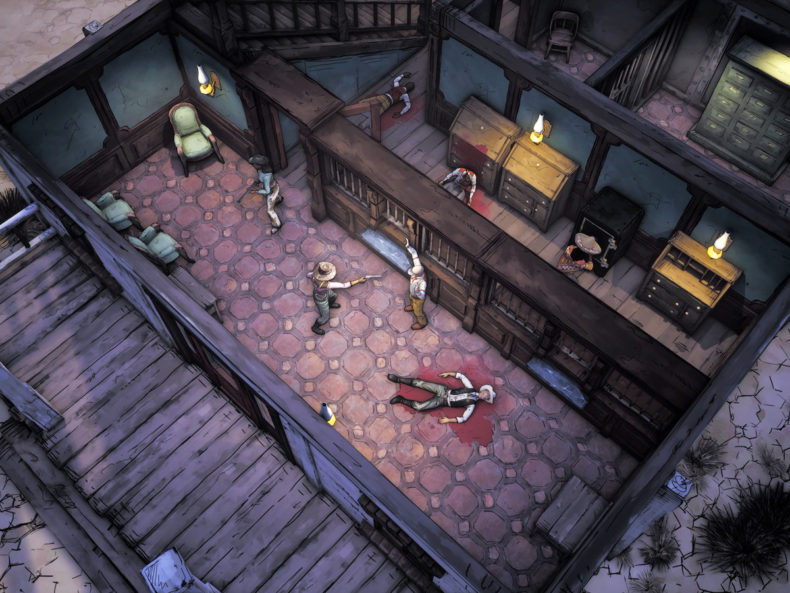 The slightly terrifying schedule of video games in 2022 isn’t letting up, and on March 31st the Weird West will be waiting. Today The Road to the Weird West episode 3 dropped, and this time the focus is on combat, stealth and abilities. Weird West seems to be determined to let you “play it your way”, and it seems likely that whether you want to be stealthy or go loud you’ll have a good time. This is great news for a clumsy idiot like me,

“Saddle up pardners: WolfEye Studios and Devolver Digital have published their latest episode into The Road to Weird West.

“Survive and unveil the mysteries of the Weird West through the intertwined destinies of its unusual heroes in an immersive sim from the co-creators of Dishonored and Prey.

Discover a dark fantasy reimagining of the Wild West where lawmen and gunslingers share the frontier with fantastical creatures. Journey through the origin stories of a group of atypical heroes, written into legend by the decisions you make in an unforgiving land. Each journey is unique and tailored to the actions taken – a series of high stakes stories where everything counts and the world reacts to the choices you make. Form a posse or venture forth alone into an otherworldly confines of the Weird West and make each legend your own.”

It’s been a while since we had a sprawling wild west game, so I’m really looking forward to playing Weird West at the end of March (especially since it’s launching on Game Pass). It looks like it’ll be worth making some time in a busy year to do a bit of werewolf gunslinging if what we’ve seen is anything to go off