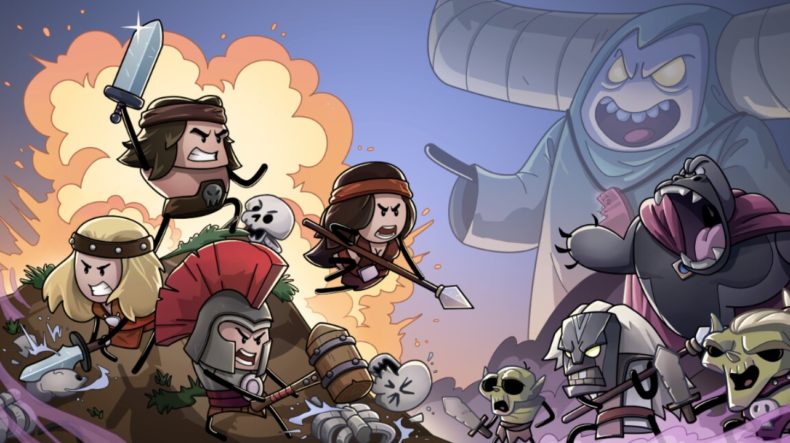 It’s fair to say that Conan the Barbarian has seen more than his share of adaptations over the years. The legendary hero first created by pulp author Robert E. Howard was brought to life most famously by Arnold Schwarzenegger, and more recently by Jason Momoa. But over the years he has also featured in a slew of video games from different developers, across multiple genres and platforms – although there’s never been anything quite like Conan Chop Chop.

Today we bring you news that the latest iteration of Hyboria’s greatest hero will launch on March 1st. This frenetic, highly stylised multiplayer roguelite is coming to PC, as well as PlayStation, Xbox, and Nintendo consoles. Players will jump into the sandals of Conan and various companions in an effort to thwart the evil plans of the wizard Thoth-Amon.

With procedural maps, hundreds of items to loot and equip, and dozens of enemies to slay, Conan Chop Chop looks like a manic, colourful adventure. It’s designed for either online or couch co-op, and you can check out the trailer below.

From developer Mighty Kingdom and published by Funcom, Conan Chop Chop is an action party game that doesn’t take itself too seriously. “Conan is a barbarian who has been forged in the flames of battle; his grit and determination, his blood, sweat and tears have made him the formidable warrior we all love,” explains Kimbo Forrest, Creative Lead at Mighty Kingdom. “And our blood, sweat and tears have given you this: a Conan adventure unlike any the world has witnessed before. An experience not just for the veteran fans, but one to draw in and delight new audiences.”

Although Conan media is known for violence, nudity, and general, well, barbarianism, Conan Chop Chop is rated PEGI 7+, and ideal for kids and parents alike. A demo is launching on Steam and Nintendo Switch on February 21st.

Senior Content Editor Mick has been playing games for over 30 years and writing about them for around 12. After drifting from site to site for a while, settling briefly at the now-defunct Made2Game and freelancing for the gone-but-not-forgotten NintendoGamer Magazine, he came at last to rest at Godisageek. Mick has been a reviewer, staff writer and content editor here for some time, while also moonlighting a little for Red Bull Games. He has 4 kids, has written 2 novels, and sometimes even manages to pay a bill or two. You'll usually find him defending the galaxy in Destiny 2, battling evil in Diablo 3, or lurking in the background on Twitter. Find him there @Jedi_Beats_Tank, or on XBL (JediWaster247), PSN (Jedi_Waster) or Nintendo (JediWaster).
MORE LIKE THIS
Conan Chop ChopFuncom