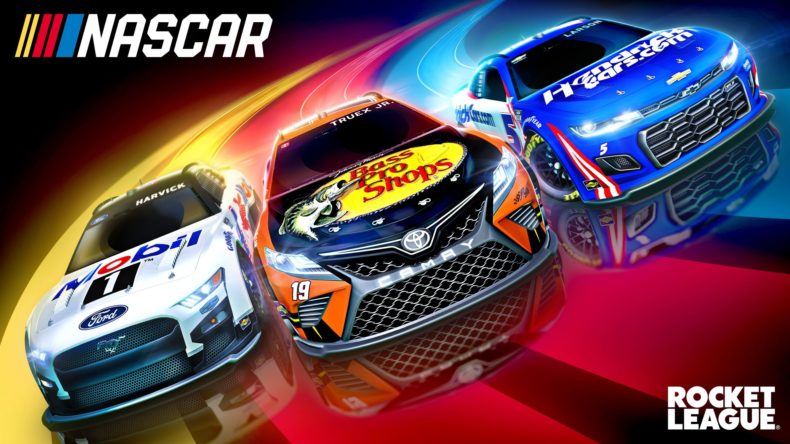 Developer Psyonix has announced that the 2022 NASCAR Fan Pass has gone live in Rocket League on all platforms.

Players can grab the pass for 100 credits from now until April 26. Promising NASCAR-themed content throughout the whole of 2022, the first drop of the Fan Pass are the NASCAR Next Gen Ford Mustang, the Next Gen Chevrolet Camaro, and the Next Gen Toyota Camry. You can also grab nine team decals, player banners, and Goodyear Racing Wheels. The first nine teams featured on the decals are listed below: 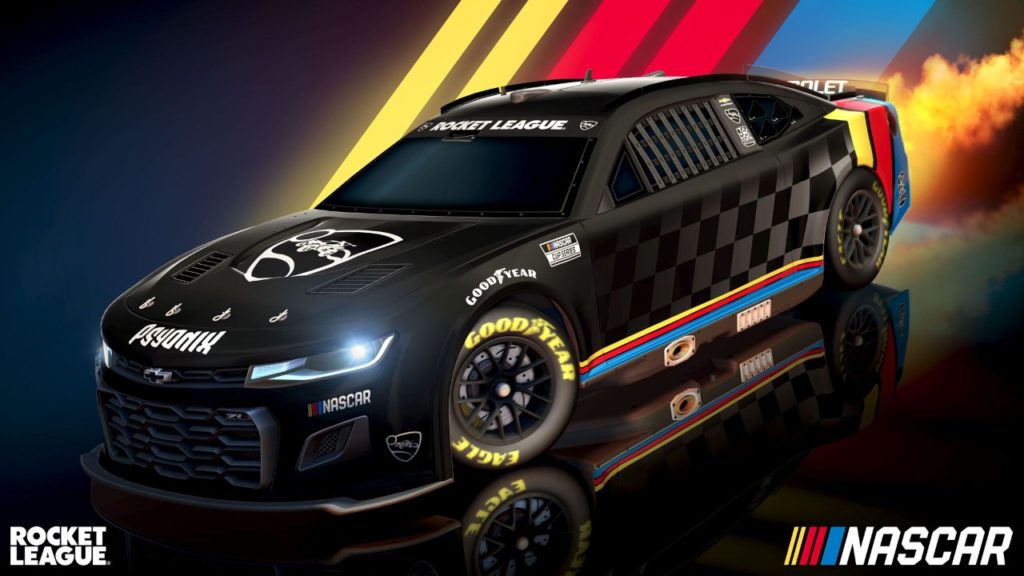 Additional content will hit the Fan Pass throughout 2022, themed around upcoming NASCAR races and events. If you own the Fan Pass, content will be added to your inventory as soon as it drops without you needing to do anything. Although it hasn’t all been revealed yet, we do know it will include three NASCAR Next Gen Decals, inspired by the Octane, Fennec and Dominus.

The collaboration between Psyonix and NASCAR began in 2021 and debuts in-game on April 24 ahead of the NASCAR Cup Series GEICO 500 Race at the legendary Talladega track. You can even play Rocket League at the event thanks to the Allied Esports gaming truck that will be in attendance.

Rocket League is available to download for free on PC, PS4, Xbox One, Nintendo Switch, and Mac.

Senior Content Editor Mick has been playing games for over 30 years and writing about them for around 12. After drifting from site to site for a while, settling briefly at the now-defunct Made2Game and freelancing for the gone-but-not-forgotten NintendoGamer Magazine, he came at last to rest at Godisageek. Mick has been a reviewer, staff writer and content editor here for some time, while also moonlighting a little for Red Bull Games. He has 4 kids, has written 2 novels, and sometimes even manages to pay a bill or two. You'll usually find him defending the galaxy in Destiny 2, battling evil in Diablo 3, or lurking in the background on Twitter. Find him there @Jedi_Beats_Tank, or on XBL (JediWaster247), PSN (Jedi_Waster) or Nintendo (JediWaster).
MORE LIKE THIS
NascarPsyonixRocket League