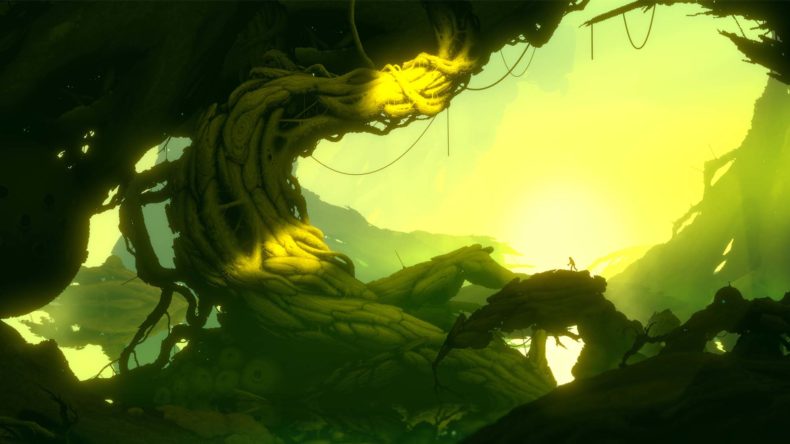 After leaving Frogmind in 2016, the co-creator of Badland and Badland 2, Juhana Myllys, has been fairly quiet, but he has sent word of this new game with an announcement/reveal trailer that, frankly, looks all kinds of fantastic.

The core gameplay in Bionic Bay is built around the Swap mechanic. The idea behind it is quite simple: the player has the ability to swap position between the character and the selected object. The catch is that whatever inertia these objects have, it remains after the swap. As our game is heavily physics based, this gives lots of intriguing possibilities in level design. Also, it is a lot of fun to use it.

The art in Bionic Bay is quite distinctive. Assets are pixel art and we have used relatively small pixel sizes. To add realism and tone, the lights, glows, and shadows are not pixelated and are presented in a fairly realistic manner. We have also located the in-game cameras fairly far. This makes using swap mechanics more convenient but also makes the overall feel of the game more spacious and epic.

Badland and its sequel actually achieved BAFTA nominations and got an Apple Design Award, so it’s big news to see this new game announced. You can wishlist the game now on Steam or Epic Games Store, though Myllys says that the aim is to release Bionic Bay in 2023.