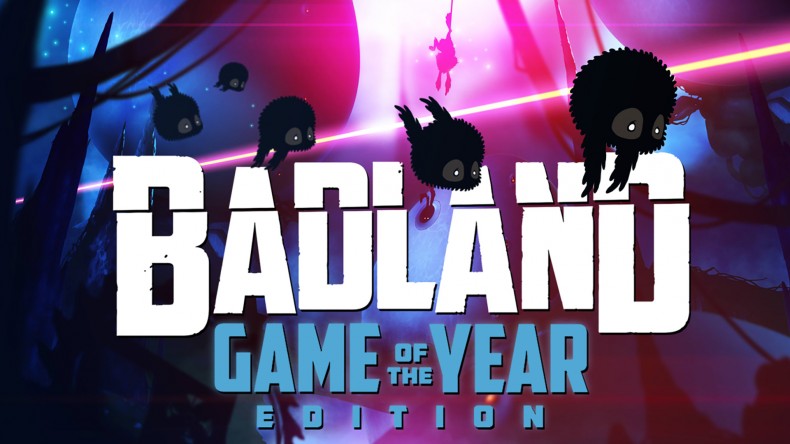 The hit iOS and Android side scrolling tap fest Badland has come to consoles, bringing with it a bevy of furry creatures looking to escape the darkness and find their way to freedom.

From the offset Badland is a curious title, for multiple reasons. Reason number one is that, after not much of an introduction at all, you are presented with a forest location and no clue as to what to do. A twiddle of the analogue stick on my Xbox One controller brought a little fur ball alive, and the screen started to shift endlessly to the right. No hints are given as to what the goal of the game is, or what the controls might be, so I decided to mash all of the available buttons to see what’s what. The A button seemed to make my fur ball flap his little arms, sending him upwards. Gravity then pulled him down, so I knew how to avoid objects. OK – getting the hang of this now, I floated onwards, through the excellently drawn and animated forest towards the levels end goal, a pipe, which sucked me up and took me to the next level.

Hopefully that gives you an idea of what sort of game Badland is, it’s an ‘endless runner’ of sorts, with a close resemblance to Flappy Bird, though to compare this title to Flappy Bird is probably doing it a bit of a disservice, but that is the general idea here. There is a little more to Badland than just tapping the A button mindlessly thankfully, and that extra complexity starts to show itself a few levels in. Our furry on screen friend isn’t alone on his journey, he can be joined by more..whatever he is. The other furry fellas’ are spread around levels in a dormant state, awoken by the presence of your on screen avatar. You can drag literally hundreds of these guys along for the ride, using them as battering rams to get through certain obstacles, or cannon fodder for putting off enemies and working out a puzzle without risking your own life. The more of these little dudes you can make it to end of the level with, the better your score will be. You can collect items that make your character smaller, or larger, and the size of your character dictates its control characteristics. Large fur-balls are hard to control, using the triggers to flap wings independently is a requirement, while little fur-balls are erratic, but easy to get through tight spaces and past deadly objects.

Badland is a visually appealing game, with its expertly crafted locations and characters bringing to mind Ubiart games like Rayman and Child of Light. The translation from the little screen to the big screen has done this title a world of good, showing off the great work that has gone into making its environments interesting and thought provoking. It’s a shame, then, that none of the visual concepts are explained in anyway, leaving to guess at what on earth is going on in this dark, fragile looking world.

Badland’s trip from the palm of your hand to console-land is a nice enough translation, but is it a worthwhile one? No, it isn’t. Play it on your mobile, where is makes sense, and leave your Xbox One for more worthwhile endeavours.

Excellent visuals.
Even your Nan could play it.

A competent port of the mobile hit that feels lost in the living room. Stick to playing this on a mobile device.

You may also like
Badland Game of the Year Edition