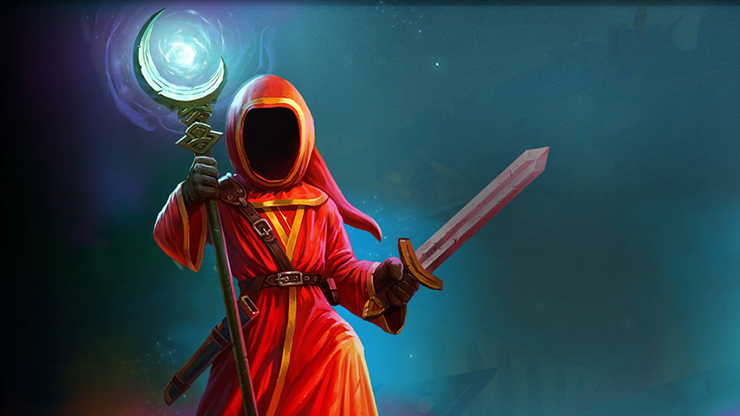 Magicka 2’s world is full of people who talk like the Swedish chef from The Muppets (apt seeing as the game is developed by a Swedish studio and is based on Norse mythology). You play one of a band of wizards looking to save the world and, yadda yadda yadda… the story is completely throwaway, but there’s so much of it. A lot of time is spent watching exposition that it is so difficult to actually care about. There’s not much to say about the humour either. It’s primarily based on age old memes which have been parodied better in other games.

Where Magicka comes into its own is in its spellcasting. Each face button has an element and its opposing element mapped to it, pressing the button queues up that element to be cast – while holding L1 and pressing the spellcasting button queues up the opposing element – which can then be either fired using the right stick, cast on yourself using R1, or onto your melee weapon using R2. That’s simple enough but it goes further by allowing you to mix elements. Cast fire and water together and you can blast a jet steam at your enemies. Death plus lighting casts death lightning, fire plus lightning, etc etc. It needs to be noted that opposing elements cannot be cast together, and when attempting to queue will just remove the previous opposing spell.

There are certain special spells that require specific elemental inputs to cast, which can range from useless, to devastating, randomly. My personal favourite, Dragon’s Breath, saw a flame drawn straight in front of me, incinerating everything in it’s path.These special spells can also be assigned to one of four quick slots which are mapped to the dpad. Using these means you don’t need to remember the specific elemental combination but they will require focus to cast, which charges up slowly over time. There’s a rhythm to Magicka 2 that’ll take a while to settle into. Early on you’ll be primarily using one or two spells over and over as they just ‘work’, later on you’ll come up against enemies that are either resistant to particular elements or absorb them for health, meaning you’ll need to switch your combinations constantly to avoid dragging the battles on longer than they need to. And drag, many do. Calling Magicka 2 challenging does it a disservice as at times it just feels unfair. Enemies come on you en masse, providing a really stern test of your abilities. Then when you think you’ve taken them all out, another wave shows up to put you in your place. Boss fights are just as bad, tasking you with defeating a large beastie or something similar with a large energy bar, and on many occassions, dealing with large waves of enemies as well. The moments where the game does this will see you gnashing your teeth in frustration.

Cunningly, the levels appear to be singular in route, but this is a game that rewards thinking outside the box; check that oddly placed item that you consider to be background decoration and you can open up new weapons, clothing, level routes and tough optional bosses. This isn’t a great big open world like some other fantasy games on the market, but there’s plenty of scope for exploration in the environments. It’s just a shame the camera angle frames the locales badly. It’s unfortunately easy to get stuck behind a piece of scenery, or even covered by the UI. It’s one thing losing your character in the middle of chaos in the centre of the screen, but when unfair deaths occur due to scene decoration obscuring your view, or because the camera has moved off with one party member leaving the other party members behind,  it can get pretty annoying.

This is a game built from the ground up for co-op, you’ll have more fun with more players. Magicka 2 loses something when tackled in single player. Alone, the hordes of enemies that it throws at you are almost insurmountable. When you’re with others the odds are still stacked against you but there’s a feeling of camaraderie to the chaos. Me and my fellow wizards had a great time bouncing elemental combinations off of each other, along with the unintentional griefing we inflicted on each other by blowing each other up or accidentally pushing one another down holes. When you’re together the chaos is great, do it alone and it’s a hell of a slog. That’s what it comes down to in the end – do you have friends available to play this with? If you have, then you will have a blast, it just isn’t that much fun for Billy no mates.

Chaos is much more fun with friends.

Free Magicka 2 Update Requires you to Learn to Spell Again