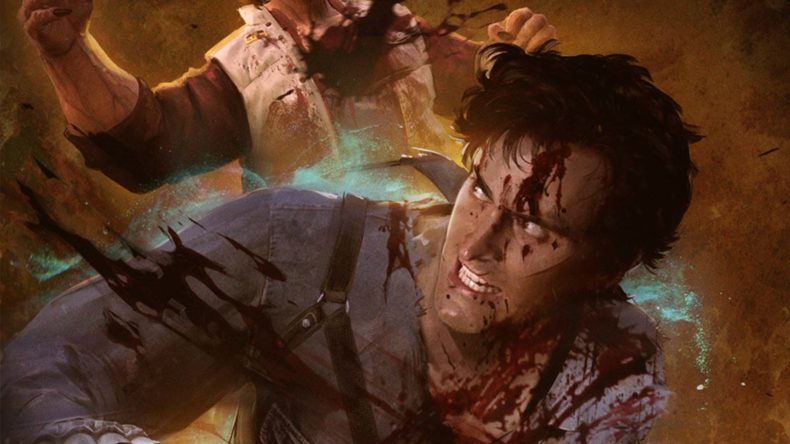 Evil Dead The Game is here, and boy is it complex. There’s nothing simple about the setup of the asymmetrical multiplayer game, and you’d be forgiven for jumping into a game and being more than a little confused after the lackluster tutorial. But don’t fret, GodisaGeek have you covered. Whether you want to play as the Demons or Survivors, we’ve got plenty of tips that’ll help you get through the first few hours with Ash and the gang a little more smoothly.

Evil Dead: The Game – Play as the Demons first 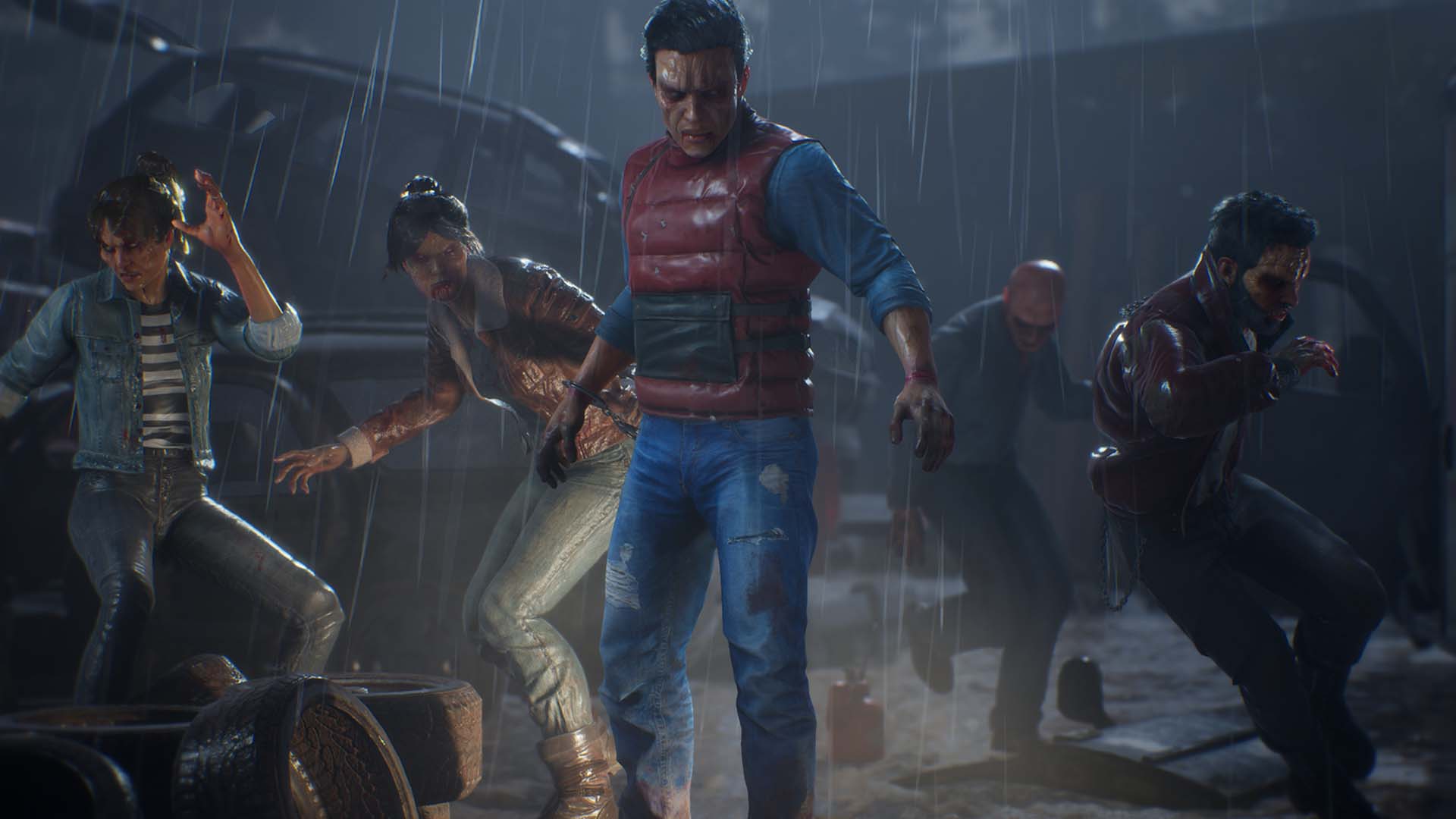 Playing as the bad guys is admittedly more complex than playing as the humans, but the amount you’ll learn about the game from this perspective is essential. You’ll be able to see the moveset of each monster first hand, learn when the demon can detect you and even just check out the objectives without the pressure of letting your allies down. Because of how overpowered the demon side is currently, there’s a good chance you’ll even steal a win.

Evil Dead: The Game – Play to your strengths 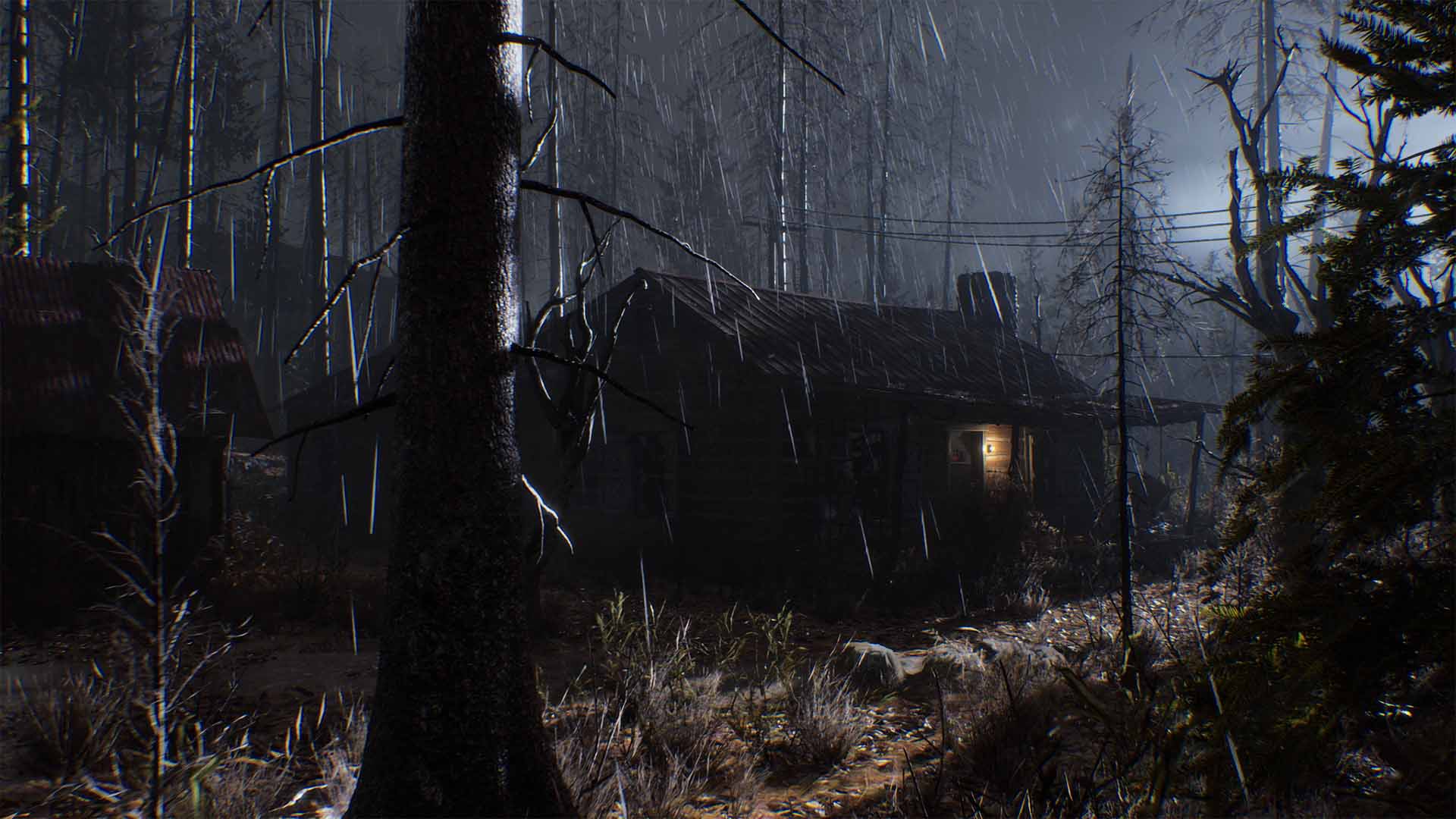 No matter which side you are currently on, choosing a character/demon type that matches your playstyle is key. If you’re the type who likes to get stuck into a scrap then a Warrior Survivor is what you need, but if you’d rather focus on helping others then there’s some support options for you. On the demon side, it might take a few games to find your favourite. The Warlords are a good option for beginners, with many of their abilities focused on buffing your nearby units while you watch them attack Ash and co. The Puppeteer class instead has an ability that allows you possess a unit with greatly improved stats if you’d rather go in for the kill yourself, and they ended being my personal favourites.

Focus on one character 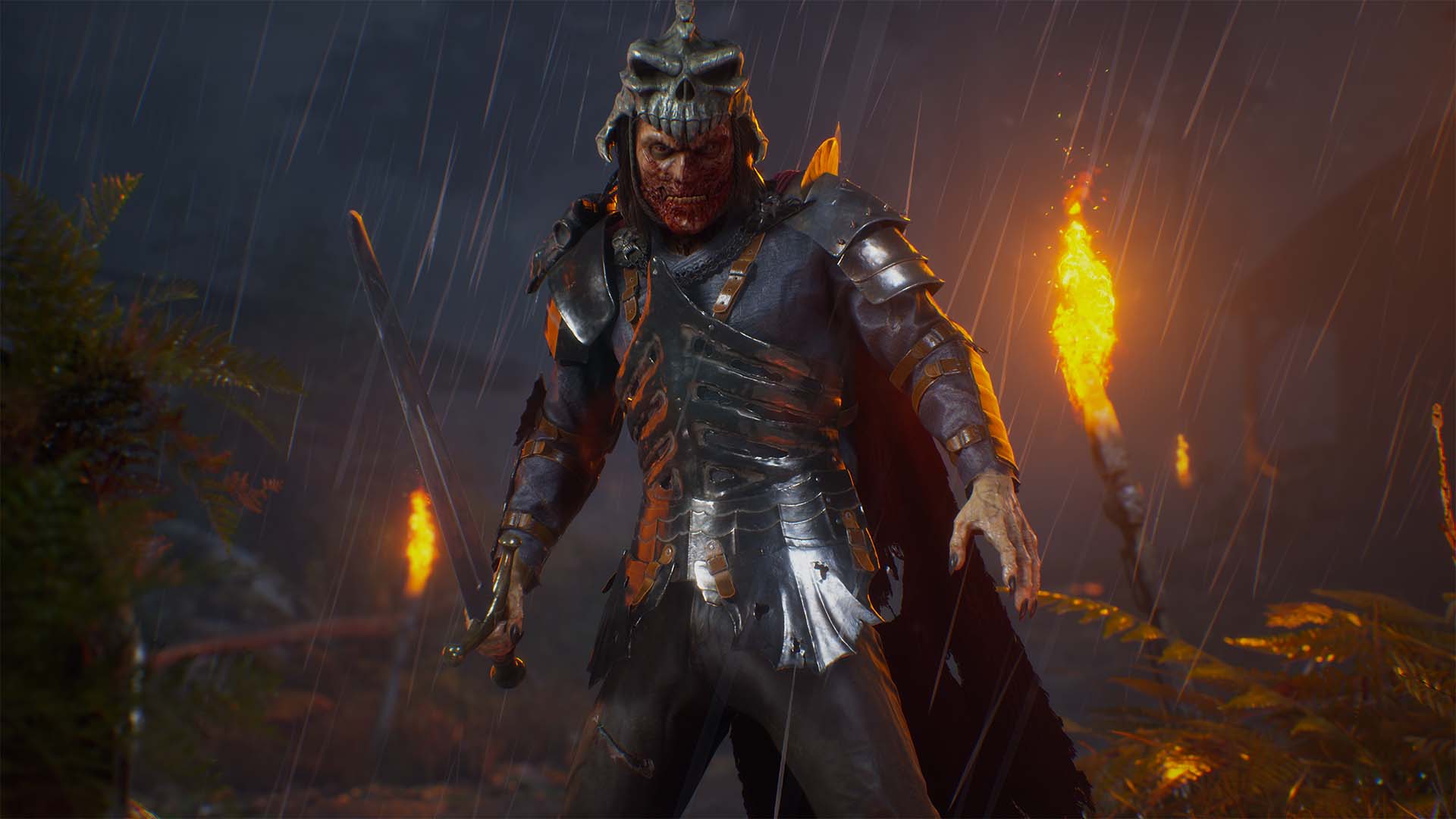 As you level up your overall account level, you’ll gain Spirit points you can use to level up any Survivor or Demon tribe. With so many ways to buff each character, you’ll really want to improve your favourite as much as possible to keep up with everyone else. Make sure you’re happy with your current character before levelling them up, because once those points are invested there’s no getting them back

Don’t stress about where to put your skill points

Once you’ve levelled up a character, you’ll gain some skill points to put into their skill tree. Unlike the Spirit points, these can be reset at any time with no punishment or payment with a push of the left trigger. This means you’re free to test out as many buffs as you want without any negative consequences, so just go wild and try everything.

Moving on then, to Survivor tips…

Evil Dead: The Game – Loot everything 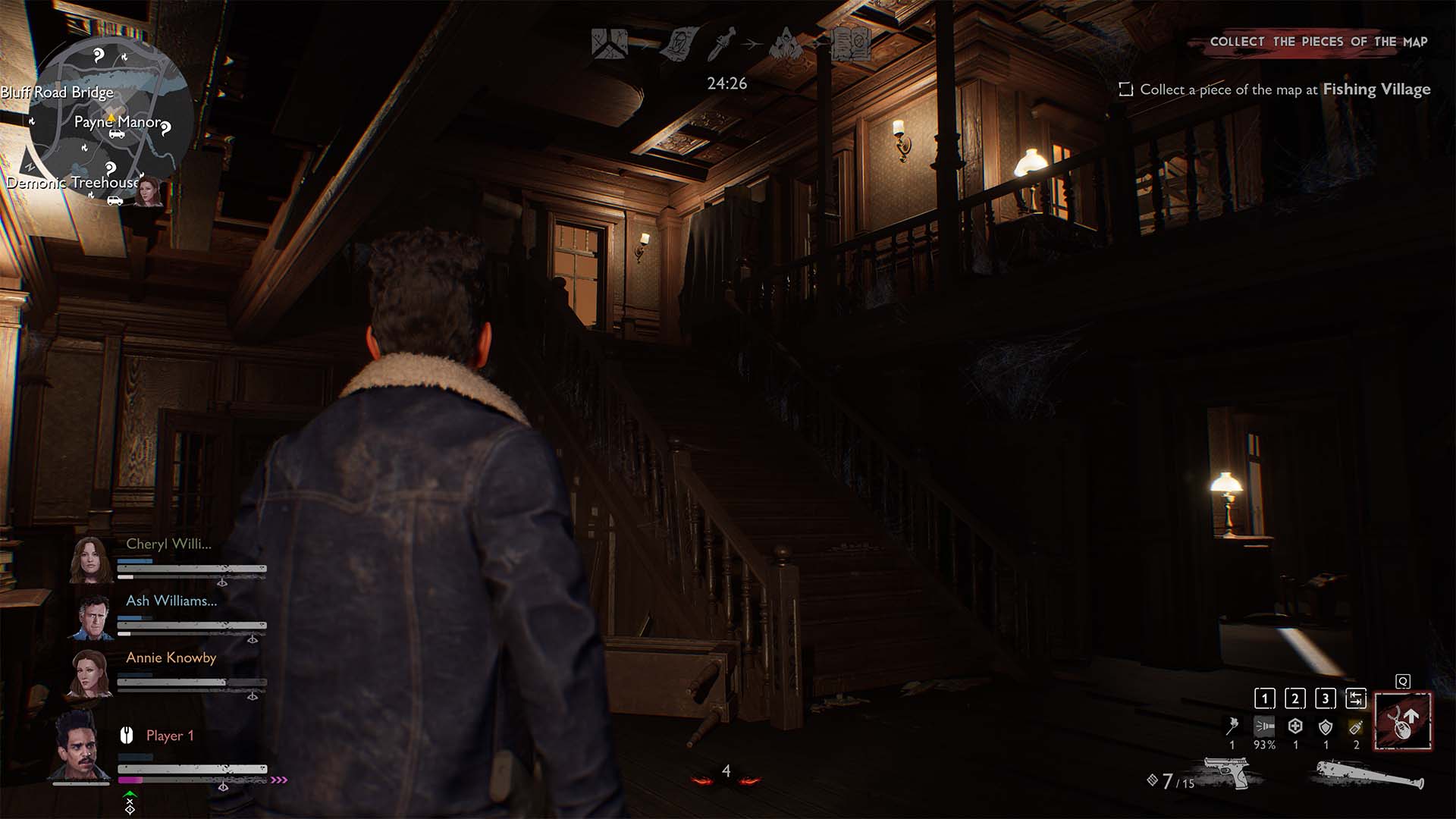 The fastest way to lose as a survivor is by facing down a bunch of demons without the right tools for the job. Go inside every house and use your torch to find as many hidden items as possible. Loot chests will contain the best weapons and potions to level up, but you’ll also need a hefty supply of healing cola, amulets and matches if you want your team to triumph.

The dodge mechanic in Evil Dead: The Game is extremely powerful, and will prevent you from taking so much damage. Especially when facing powerful boss monsters, if you don’t dodge you’ll be on the ground before you know it. Certain demons have the ability to dodge too, so keep that in mind.

Collect the souls of your friends 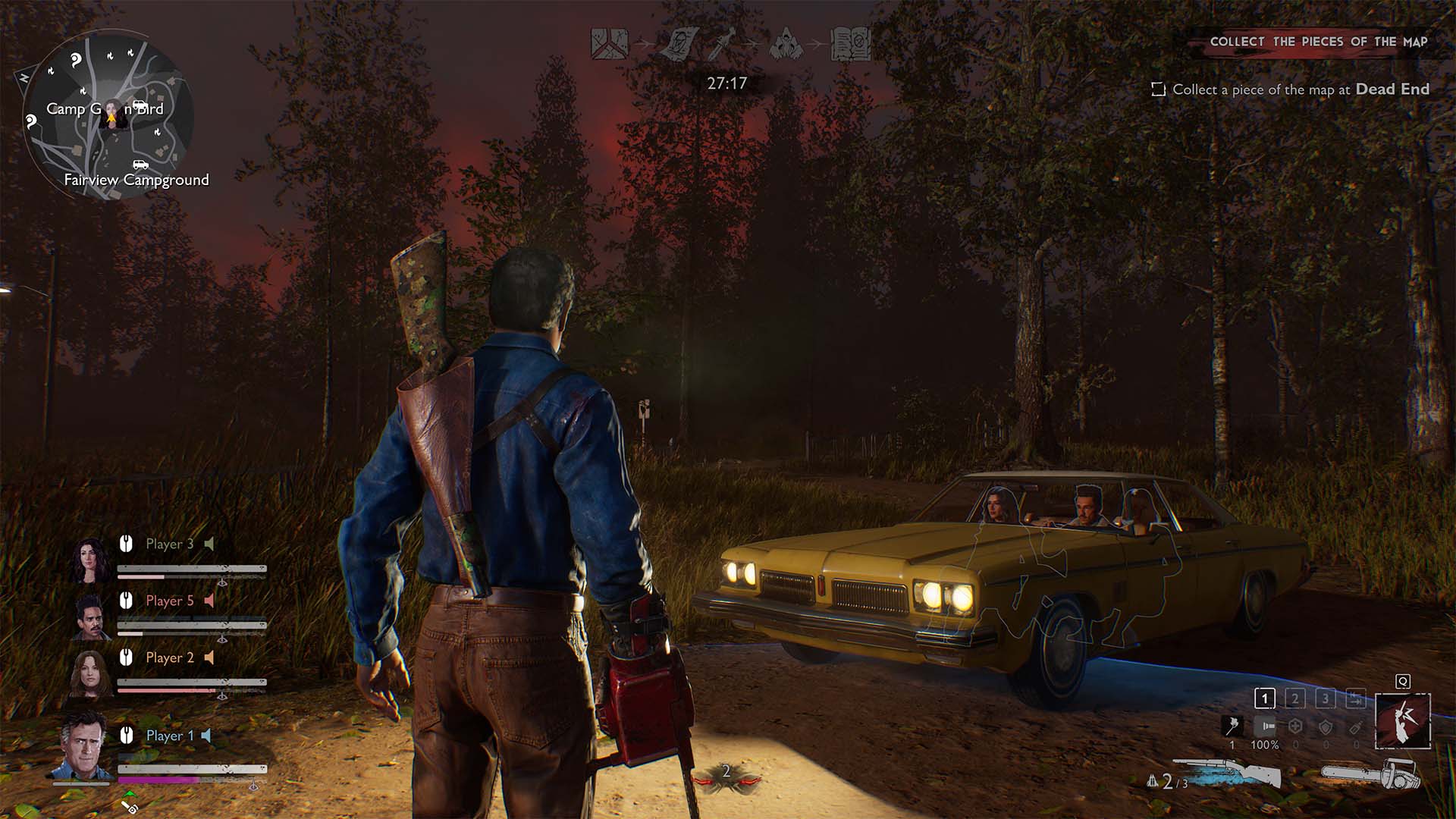 If your teammates get downed and aren’t rescued in time, they’ll die and leave their soul behind on the battlefield. By picking these up and taking them to a shrine, you can bring them back to life ready to fight another wave of nasties. Reviving buddies at a shrine is so quick, and they’re marked on the map so you know where to go. There were plenty of games where it looked like we were doomed, where one mad dash to a shrine changed everything. Certain objectives being completed will resurrect your friends too, so if you don’t want to start collecting the Dagger or Pages again and think you can take the baddies alone that’s also an (admittedly risky) option. 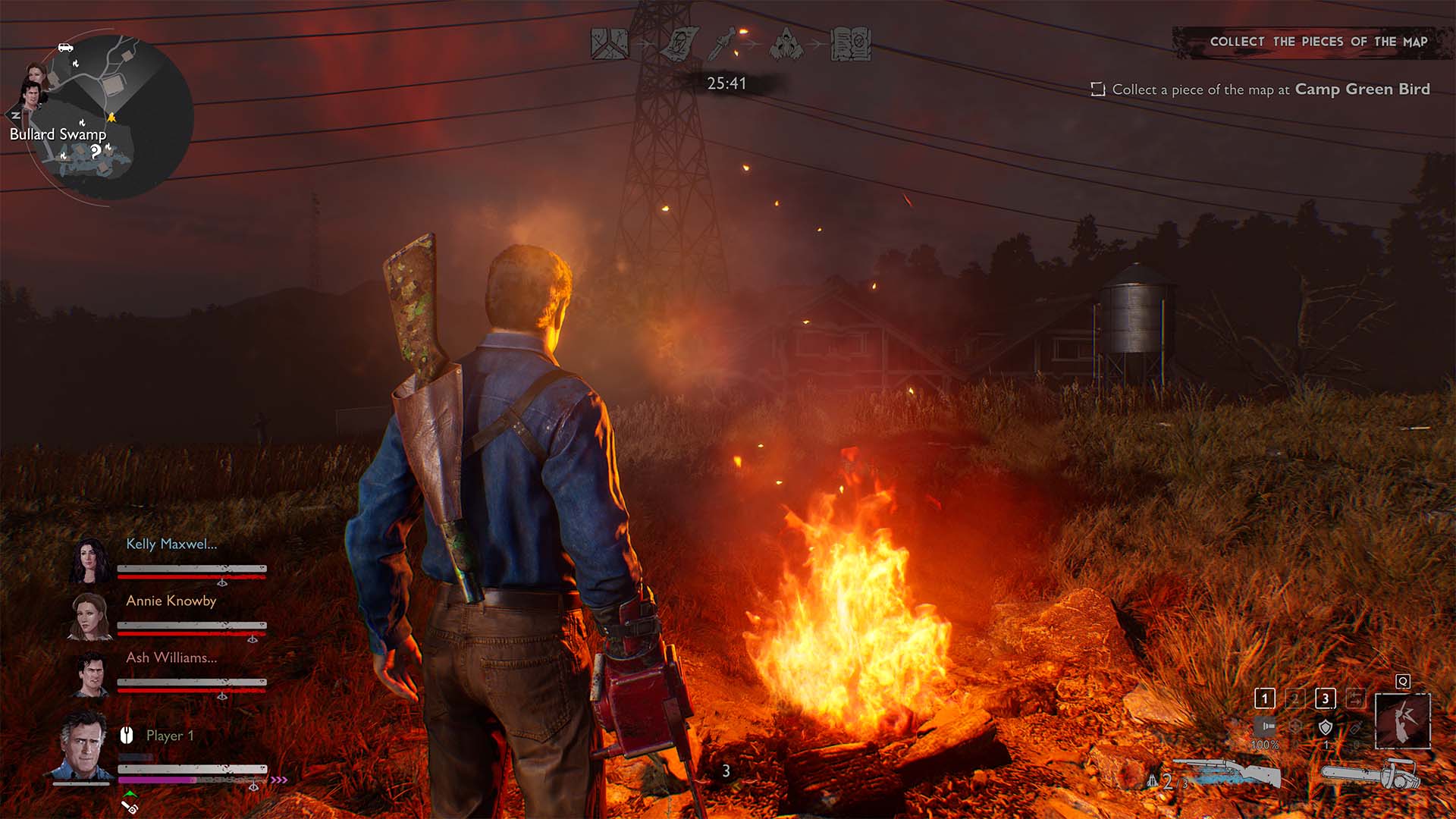 When you spawn in as a demon, you’ll have almost no offensive powers. The only way you’ll level up your abilities is by setting traps for any unsuspecting Survivors. It doesn’t matter if these traps trigger you’ll start to level up by simply placing them, so don’t hold back. If you do happen to spawn the Dagger or Pages it’s definitely worth placing the traps in these key locations instead of randomly, but the main reason you’re placing them is for the EXP.

Don’t fret about the first few objectives, just level up

There’s almost no chance that you’ll ever stop the survivors while they go for the first few objectives, so don’t get too worked up about winning early on. The main goal is to level up your abilities as much as possible, so you can hopefully unleash your boss monster by the time they reach the Dagger or Pages. Once you can see the Survivors on your map rushing over to bother them with basic demons and traps will get you some quick EXP, and if you can down them even better.

Always use your special ability

It’s so easy to forget to activate this handy skill, and the cooldown makes it feel too crucial to waste early on. Fight the urge to save it though because that cooldown is over way too fast to hold back, and any extra damage or downs it causes will net you more skill points for the late game. Whether it’s buffing your allies or giving your possessed host extra stats, it’s worth making the most of this skill that costs nothing to use. 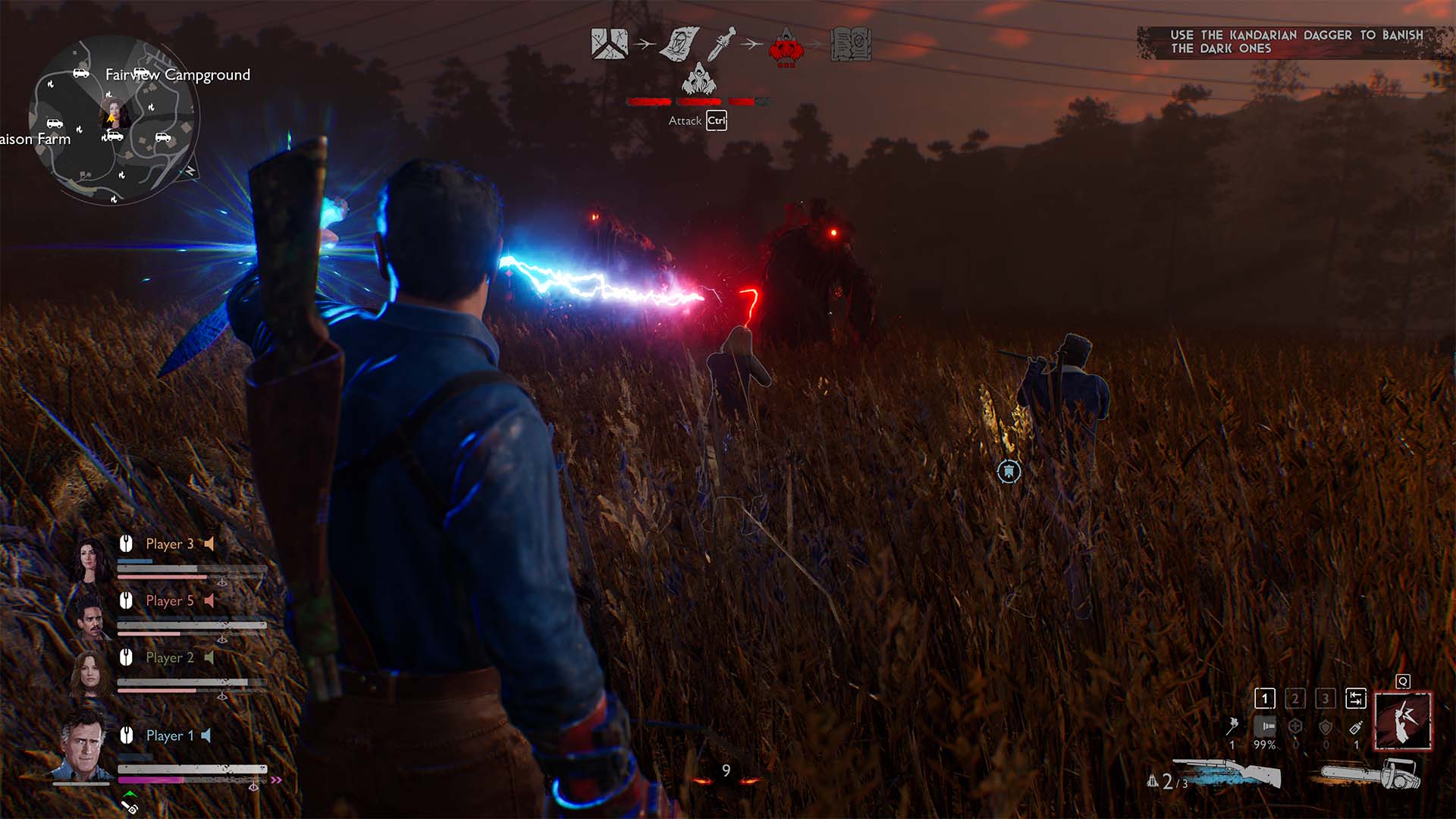 This final tip might be the most useful of all of them. It can seem underpowered when you possess another player early on and their poor loot means you accomplish nothing, but if you take control of someone with a powerful gun, you can easily take down an entire team. Even if the last enemy gets the others up (after you leave their body) the amount of EXP you get for this will be almost impossible to come back from for the puny humans.

Death Stranding 2 announced and confirmed for PlayStation 5
Support us