previous
The Cycle: Frontier is coming this June to Steam and Epic Games Store
random
next
Green Hell on consoles gets huge new Spirits of Amazonia update!
0 comments 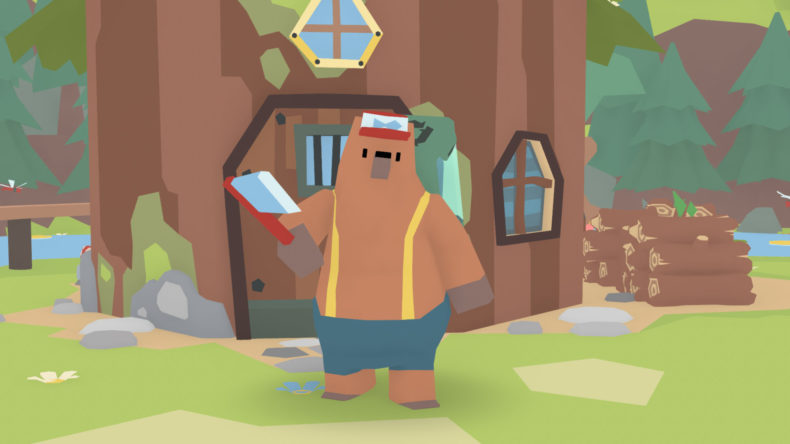 Indie title LumbearJack (not a typo) is coming to Xbox One and Xbox Series S|X, but Armor Games Studios and Finalboss Games have also announced that the companies are pairing up with Ecologi to “reinforce the game’s environmental messaging with real-world action”.

Ecologi was initially founded by a group of environmentalists in Bristol, UK. They were frustrated that many of us are not able to contribute enough to the colossal climate problem.

Here’s the official word on Lumbearjack:

In LumbearJack, players don the hat and suspenders of Jack–a determined bear with a green thumb–and embark on a mission to save the place he and his friends call home. They will help Jack dismantle heavy machinery, factories and garbage to clean up and restore the forest to its natural beauty through puzzles that use elements found in the world around them. They might even get a chance to slap some sense into the humans leaving litter everywhere while they’re at it!

Manuel Usero, senior developer at FinalBoss Games says, “We created LumbearJack to humorously entertain and educate people about the environmental problem we are currently facing and we are very happy to actively help solve it by partnering with Ecologi.”

Lumberjack is coming to PC (via Steam), Xbox One, Xbox Series S|X, and Nintendo Switch in 2022.