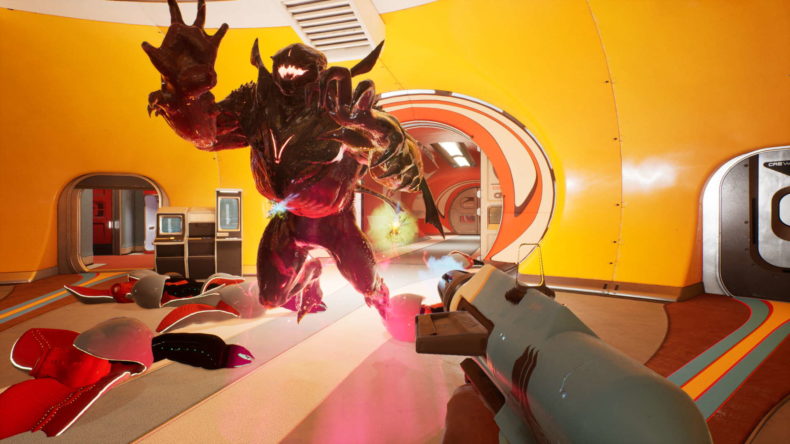 After launching at the start of the year into early access, co-op shooter The Anacrusis was well received, with a “mostly positive” rating on Steam so far. A new update, called the “MODerately Extravagent” update, is bringing cross-play mods and a free Steam weekend to the game.

Launching on June 8th, the update for The Anacrusis comes with “its first cross-play compatible user-created mod campaigns, a first-look at the new weapon-modification system, two new holdout maps, and a whole lot more”.

To celebrate the MODerately Extravagant Update, The Anacrusis will be available for free to all Steam players from June 9 to June 12 and will be on sale for 50% off on Steam from June 9 to July 7 and on Xbox from June 14 to June 20. The Anacrusis continues to have full cross-play support between both platforms so this is a great time to team up and check it out.

Developer Stray Bombay plans to have The Anacrusis leave early access/game preview in the second half of 2022, or early 2023. Future updates are being worked on which the developer says include “the addition of more new fantastical weapons, Versus mode, finishing Episodes 4 and 5, expanding mod support beyond maps and campaigns, adding a new season of content to the Infinity Pass, and more”.

We spoke about the game back on our podcast in January, and you can check that out here.