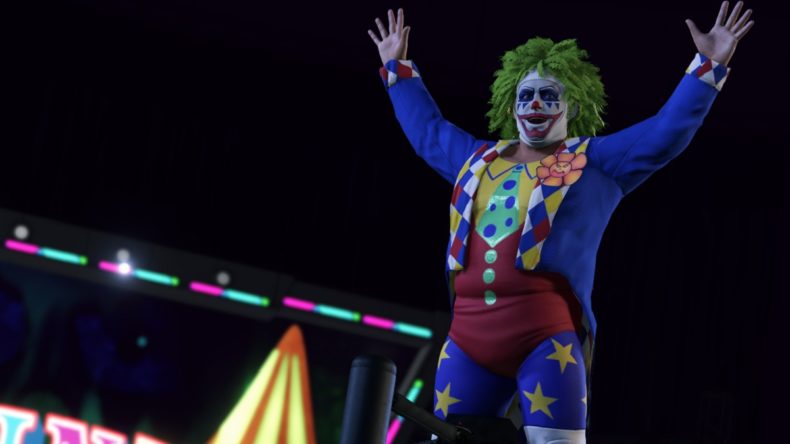 2K has today released the WWE 2K22 ‘Clowning Around Pack,’ the fourth DLC to come to the game, featuring six Superstars. The DLC is headlined by Doink the Clown, one of the most colourful and popular Superstars of the early 90s. Former MMA champion and ‘the baddest woman on the planet’ Ronda Rousey joins the roster, as well as the iconic TV star Mr T, who teamed with Hulk Hogan at WrestleMania II.

Member of the Hart family and Hall of Famer The British Bulldog will also be playable, as well as current Superstars Doudrop and Rick Boogs. All six characters come with MyFACTION EVO cards, and can be upgraded through gameplay in the MyFACTION game mode. Players who have purchased the Season Pass, Deluxe Edition, and nWo-4-Life Digital Edition can get the WWE 2K22 Clowning Around Pack already, but it can also be individually purchased.

Video games are cool. Don't let anybody tell you any different.
MORE LIKE THIS
Ronda Rouseywwe 2k22