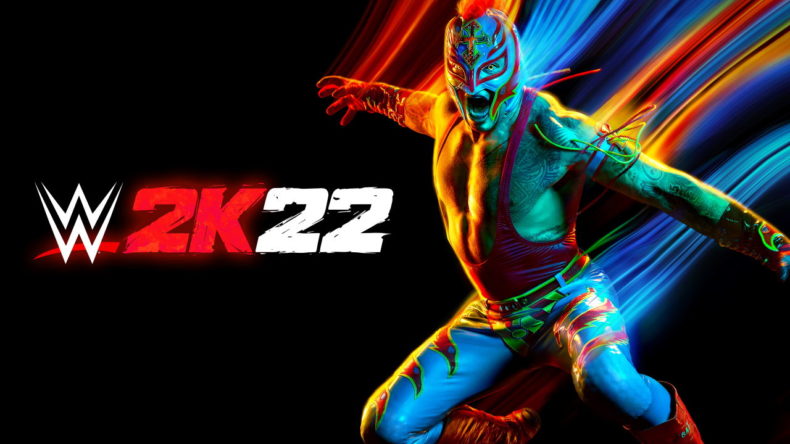 A lot of water has meandered underneath the bridge since the last time the world saw a canon WWE franchise entry. Most notably, the company themselves have a genuine rival in the shape of AEW. Headed up by a bunch of wrestling folk who also happen to be enormo game nerds, AEW has dropped some ominously tasty-looking footage of their own forthcoming game, which has promised a modern return to the heady days of No Mercy and the legendary N64 WCW titles. But how will WWE 2K22 fare compared to that hype and the previous games in the series?

The last WWE game doesn’t bear thinking about really, and I won’t dwell too much on it other than to remind you of what a mess it really was. With crazy glitches, shocking character likenesses, and terrible use of the reversal mechanic, it was a disaster of Super Showdown 2020 proportions. There has been some good to come of it though – Visual Concepts and 2K have gone back to the drawing board and promised to deliver a blinder on their return to the canvas. At a time where their storytelling and in-ring product can be frustratingly inconsistent, I can confirm that we finally have a licensed game from Vince McMahon’s sports entertainment overlords that is as enjoyable to play as 2011’s All-Stars.

Any combat game stands or falls to the mat by its fighting engine. The last time a WWE 2K title hit the shelves, it had an ill-conceived system where each player held a limited stock of reversals, and it doesn’t take a genius to envision where that would lead matches; a dull cat and mouse affair where one player would seek to brain their opponent once their counters are all spent. Thank the wrestling gods then that 2K22 allows you to reverse to your heart’s content, as well as countering and dodging your opponents. There is an excellent combo system, but cleverly your counterpart can break the chain by matching your button input. It gives the game a feel more akin to a traditional one-on-one fighter, but with just the right amount of deep, nuanced control to keep it in the technical wrestling wheelhouse. 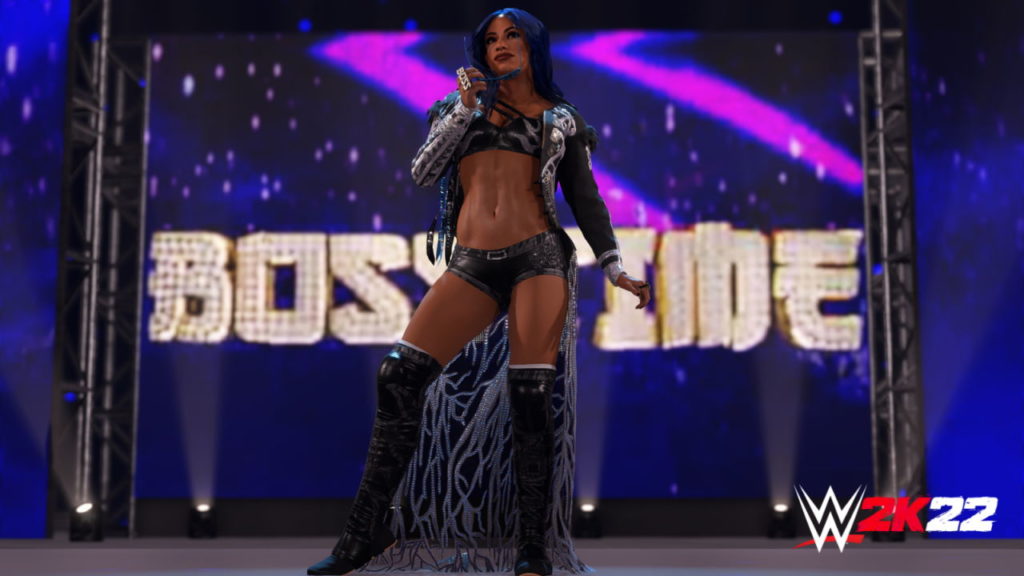 Returning to the fray is the concept of traditional button mashing technique to break submissions and kick out of pin attempts, which is so much better than the timing gimmicks that could become a pain in the arse, particularly when playing online. The fact that signature moves and finishers still require a two-button input is still bafflingly at odds with the rest of the fighting engine, and it remains a chore to have to hit a reversal with triangle and then pull a trigger with a face button – but it is what it is, and after some practice you will get used to it.

Nice to look at

So, the game engine is better in WWE 2K22. Visually, this is a step up too. I played on both PS4 and PS5 and both versions look great, with only minimal difference in textures and lighting separating the two. The character models are fantastic, and it is particularly lovely to see legacy superstars like Jake Roberts and Big Boss Man and be able to roll back the years. The roster is pleasingly varied, combining the retro names with modern heroes – including several faces that have actually been released by WWE over the past year like Keith Lee, Braun Strowman and Samoa Joe. Cover star Rey Mysterio is the protagonist in his own Showcase mode – which sees you relive a number of crucial moments in the career of the diminutive luchador, backed up with actual footage of the little fella in action. Being a colossal wrestling nerd, I would argue that they don’t actually capture his actual greatest moments, but Showcase is nonetheless a fun, breezy introduction to the game, and enables you to unlock the likes of JBL and the late, great Eddie Guerrero to play with. 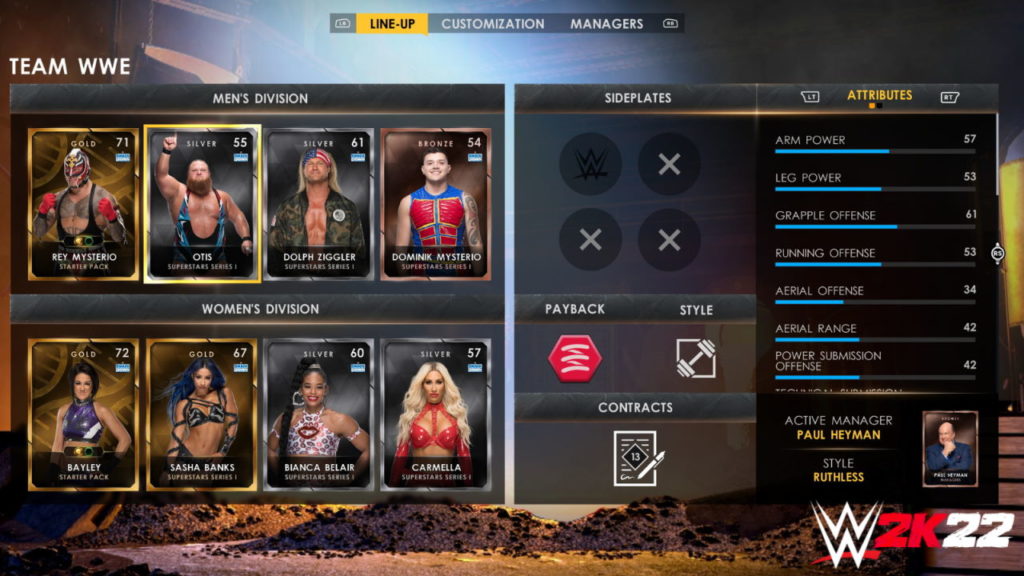 There are several other modes to enjoy employing the rest of what is a huge roster of available Superstars – the most noteworthy being the Ultimate Team-esque MyFaction, which gives you a deck of player cards and challenges you to build a killer crew of badasses, earning in-game VC by meeting conditions and winning matches along the way. It is ruthlessly addictive and fun to play, and unlike other examples of this kind of thing, it doesn’t appear to be quite the microtransaction drain on your wallet you may think, something that the developers have been keen to point out during the journey to 2K22’s release.

Grinding is far from a chore, and the in-game rewards should see that most players will be able to enjoy it without having to spend any more cash. Add into this the fact that there isn’t any other paid-for shenanigans elsewhere. How refreshing. Created character-featuring MyRise and management sim-lite MyGM all stretch the replay value quite significantly – especially the multiple-branching endings on the former, whilst Universe mode combines elements of all the other modes and allows you free reign (no pun intended) to live vicariously in your very own version of WWE.

WWE 2K22 isn’t the awe-inspiring masterpiece that will change the wrestling game landscape forever, but it is a much-needed improvement on their past mistakes, with a generosity of modes and unlockable characters, costumes, and cards that almost feels like 2K making amends for the piss-poor previous missive. There is still a bit of dodgy AI, especially in tag matches, and the control scheme could probably still use an overhaul. But these are not going to stop most fans from enjoying this one, particularly with friends where it really comes into its own. A promising, polished, good value for money step in the right direction – it certainly does hit different.

WWE 2K22 isn't revolutionary, but with some much-needed tweaks and loads of content, there's a lot for fans to enjoy.