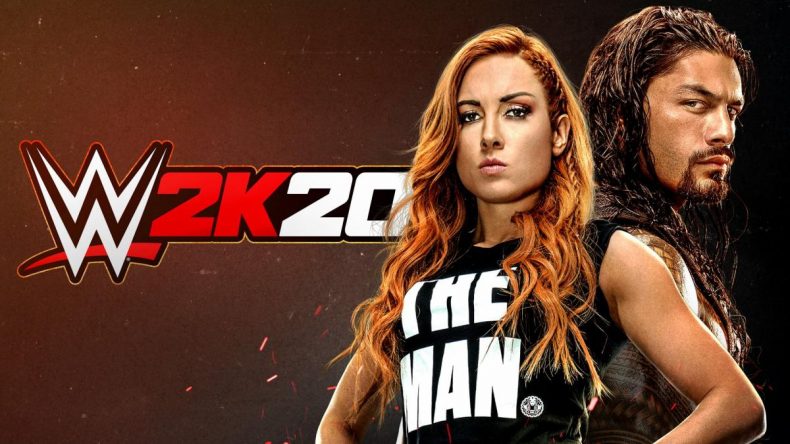 Since 2K took over the WWE franchise, we’ve never had the perfect wrestling game. Yes, there have been some decent ideas, but more often than not Visual Concepts and Yukes have fallen flat when it comes to the big modes. Not only that, the actual wrestling has struggled to evolve, ruining the wrestling experience and turning it into less of an entertainment-based sports sim and more of a trudging battle of random button presses and mid match mini-games. With WWE 2K20, Visual Concepts have parted ways with Yukes, and the end result is a dull and grisly mess that seldom satisfies that sports entertainment itch.

Facial animations are poor, with likenesses seemingly ignored, and the movement in the ring is stiff and slow. There’re a lot of visual effects like player sweating and lighting that looks good, but I haven’t had a match that flows like it should. You can never get a decent chain of attacks and grapples to work in tandem because targeting on your opponent rarely shifts at a speed that it should. For example, if you’ve just dropped someone with a DDT, upon getting up it’ll take a few too many seconds to turn to focus on your downed opponent. Using weapons rarely connect, as do punches or kicks unless you are facing your opponent head-on, and doing any kind of move near the ropes will cause them to shake far too much. You’re also lucky if you manage to not get tied up in them, which also stops any kind of move being done. The only improvements have been to the mapping of certain actions, such as reversals being moved to Y/Triangle, and even then it’s not exactly revolutionary. The series is taking a step backwards when it should be evolving. Occasionally when having a one on one match, I had an OK time depending on who I was playing as, but the moment you have a match with more than three other superstars, the targeting is much worse. Hell in a Cell matches are hugely frustrating when you step out the ring as there is little space for you to execute a decent attack, and if you’re wanting to take part in an 8-man or woman match, it’s a mess. There’s no way you can execute a succession of moves because each wrestler fluctuates between fighting everyone, and with so much going on in the ring, the fun is absent from the moment the bell rings.

Countless glitches ruin the momentum of matches, such as referees refusing to count, and grapples not connecting, as well as reversal opportunities not highlighting (or popping up for a millisecond or so). Signature moves and finishers (which are also mapped differently in WWE 2K20) are reversed far too much, breaking the realism, which, for any wrestling fan, lacks interesting conclusions to matches. It doesn’t help that the mini-games for pinning and submissions are also back, meaning an opponent can win after a simple body slam if you don’t kick out correctly. I’d hoped that there would be some improvement to the actual wrestling elements, but I honestly didn’t see anything that made it feel anything more than the same game as last year or the year before that. Female superstars have become a major staple within WWE over the last few years, and the inclusion of mixed tag matches is pretty cool. The Four Horsewomen i.e. Becky Lynch, Charlotte Flair, Bayley, and Sasha Banks have this year’s 2K Showcase focusing solely on them, and whilst it’s good to revisit their illustrious career, matches are a slog, especially when you spend a good 30 minutes trying to hit all the objectives, only for you to fail because you couldn’t kick out of a pin. It’s a real shame that 2K Showcase doesn’t have a decent video quality for the footage of their rise to dominance as well.

MyCareer features a great concept, but it fails to captivate due to the dull story and annoying lead characters, especially Tre. The two are reminiscing over their career at their induction into the WWE Hall of Fame, starting in high school, through NXT, and onto Wrestlemania. Red is an okay protagonist, but Tre turns everything he says into a poor joke, and not one ever managed to raise a smile. Some of their interactions with actual superstars are hit and miss, but Samoa Joe stands out as the best of the bunch. The skill tree is an absolute beast, but you can’t see which new skill leads onto the next, so planning which way to take your character in terms of abilities is limited. You start off with a base style, but there’s no real guidance for how you upgrade. Also, items are locked behind Virtual Currency, with some being far too expensive for what they are. Everything from taunts to attire is hidden in loot boxes and by spending VC, making the boring and far too long career a chore to play through just so you might get something worth unlocking.

WWE 2K20 is a massive step back for the series, although there’s nothing notably different from previous entries. The actual wrestling is plagued with issues, the MyCareer is easily one of the worst yet, and the Showcase mode could have been much better. Even the popular Universe mode seems to be lacking anything particularly new to make it stand out, leading to a below average WWE game plagued with technical issues and glitches that ruin any potential enjoyment. The roster may be huge, but when superstars don’t look like themselves at all, it gives you no reason to get involved in a match. I’m not sure how the game released with so many issues, but I hope the patch manages to improve it substantially.

WWE 2K20 lacks anything new,with a poor story mode and bad animations, and the wrestling is plagued with technical issues that ruin any kind of enjoyment you may have.