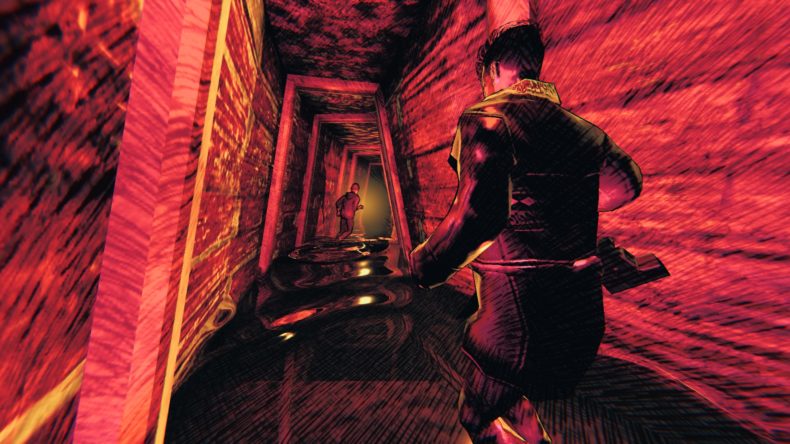 I’m a big horror fan, especially when it comes to games. I’m even more of a fan of when developers try to do something different, or at least try and improve upon the tropes horror is often known for. Saturnalia does plenty of things to breathe life into a genre that can often feel stagnant, and although this isn’t the full release, I’m confident there will be a lot of love for it when the time comes.

The first thing that’s obvious about Saturnalia is the hand-drawn art style, almost like sketches that hide much of the tension in subtle details. Think of a creepy take on A-Ha’s ‘Take On Me’ video, and you’re halfway there. The town of Gravoi is as haunting as it is quaint, and despite a consistent feeling of anxiety when exploring its many secrets, it’s a pretty and interesting place. 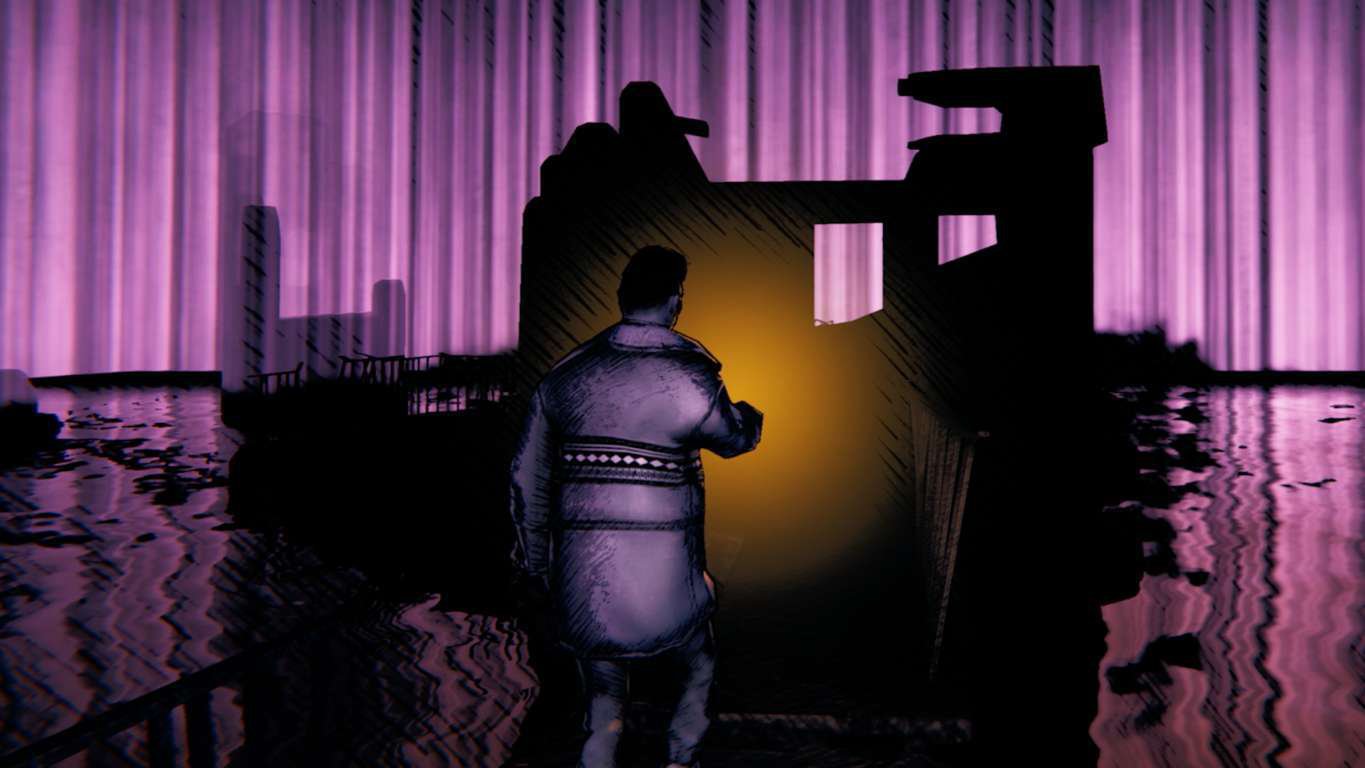 You start off playing as a woman called Anita who has returned to the town to confront the father of her unborn baby. What transpires is a mystery involving the secrets of the town, and the creepy monster that could be lurking around any corner. As you take on various missions to help various residents, this creature hunts you down, and whenever you hear the eerie clicking, you know it isn’t far away.

If you do get caught, you take on the role of one of the other playable characters and can try to save the person who has been taken away. There’re four characters in total, each with their own reason for returning to Gravoi. Missions unlock as you explore, and they open up quite organically. You might need to uncover the secrets of someone’s missing family member or find some medication for a friend, and then there’re parts of the bigger picture that need resolving.

One of the earlier quests saw me try and turn the power on to the mines by diverting the electricity from the town to power it up. I had to find the a key from the town hall to get into a room at the dam to be able to do so. It wasn’t a particularly difficult task, but I had the constant threat of getting caught by the creature. Not only that, I kept getting side-tracked by the various buildings that make up the small yet dense town. 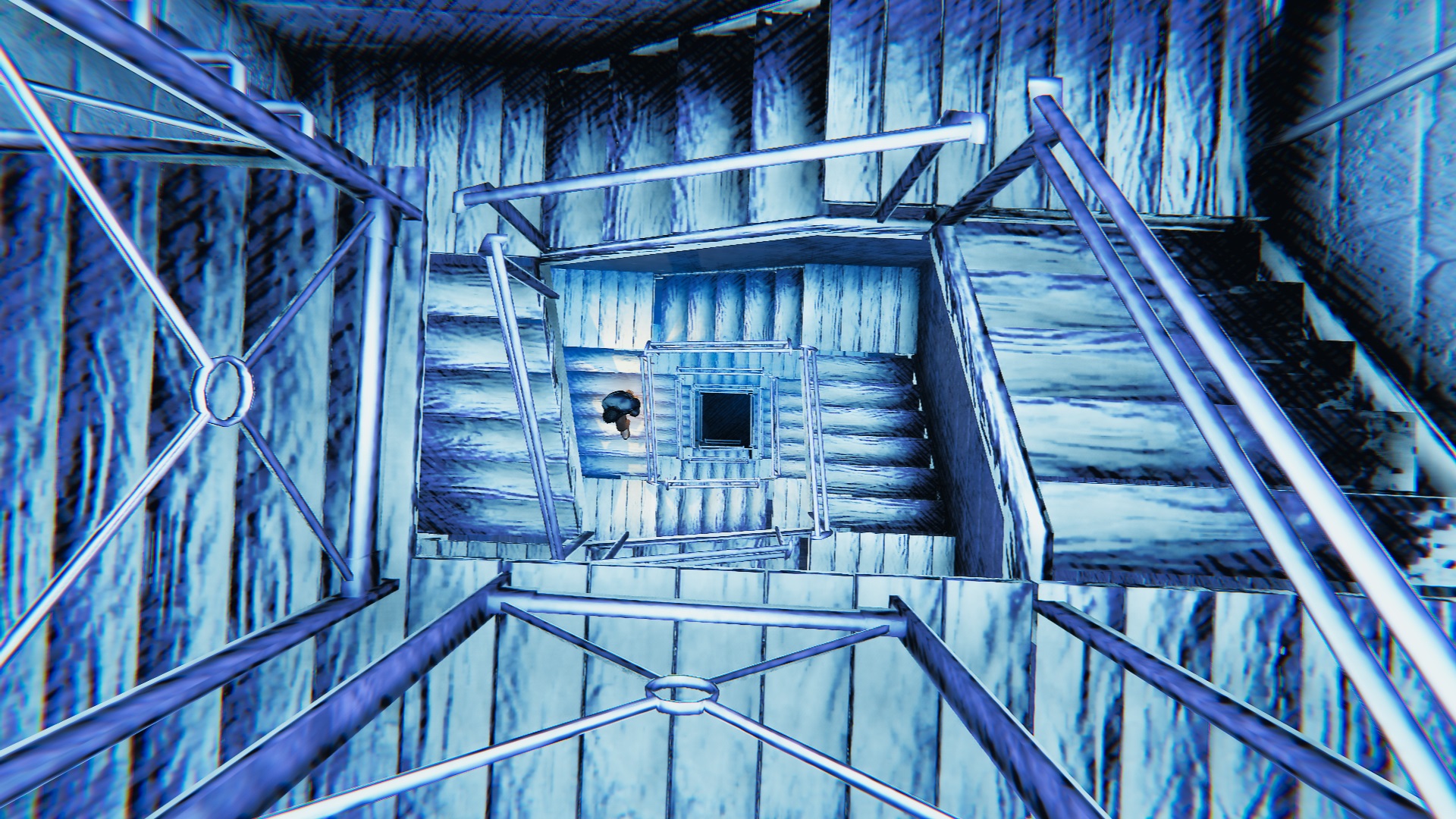 You find various tools on your journey such as bolt cutters, spatulas, and hammers. Each one will help you along your way, whether you’re trying to break into buildings or lower a temporary staircase. I often found them by chance, often through exploration. Due to the town not being too big, I would find a new area that not only had a tool or supplies, but also important documents that fleshed out the story.

Finding coins to buy energy drinks for stamina, or matches to light the way or cement waypoints is another aspect of Saturnalia. The drive is to find things on your own without much guidance in terms of consistent directions, but there’re ways to make finding things easier. You can team up with others who may know the way somewhere, or you can pull up your tangible map to find out where you need to go, however, when all your characters are lost, the town ‘reshuffles’ itself. While it is a horror-adventure game, there’re also elements of roguelike as well.

At first I wasn’t too sure about Saturnalia, but it didn’t take long for me to enjoy this preview. From the creepy atmosphere to the unique art style, I grew to love it pretty fast. I appreciated how organic exploration was, and also how missions open up naturally as you find new characters or areas. We’ll dive more in depth with a full review later, but for now, Santa Ragione has me excited to spend more time exploring Gravoi and unlocking more mysteries about the characters trapped within the town.

Saturnalia is set for release sometime in 2022 for PC.

Video games are cool. Don't let anybody tell you any different.
MORE LIKE THIS
Santa RagioneSaturnalia