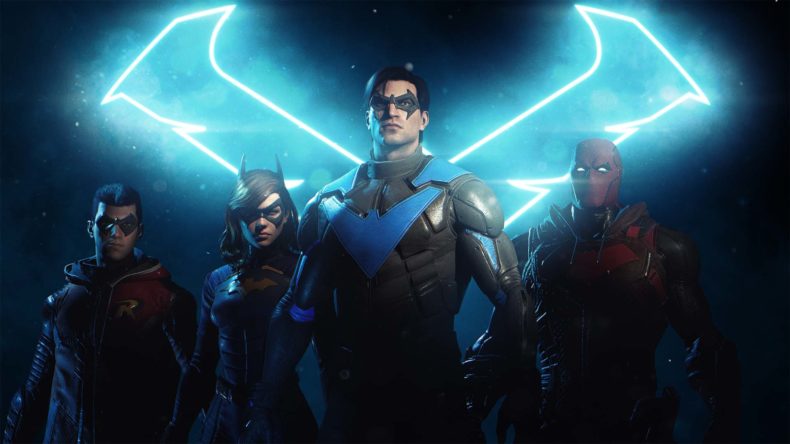 After a few rocky releases on PC, it’s good to see Warner Bros getting the Gotham Knights PC features detailed ahead of time in a brand new trailer.

In the trailer, it’s revealed there are some high-quality visual features, including “4K resolution, ultra-high frame rate, ray-traced reflections as well as Nvidia DLSS 2, AMD FSR 2 and Intel XeSuper Sampling (XeSS) for enhanced performance”. Warner also says that there will be other “expansive” customisation options, ultra-wide support, all when Gotham Knights launches on October 21st.

There will be Ray Traced reflections, multi-monitor support, and though nothing has been announced in terms of Steam Deck (we have reached out for comment), the fact it supports FSR and the like suggests it could be a good one to check out there, if indeed it is supported.

Gotham Knights is scheduled to release worldwide on Oct. 21, 2022 for PlayStation 5, Xbox Series X|S and PC. Pre-orders will receive the 233 Kustom Batcycle Skin at launch, based on the vehicle’s first appearance in DC’s Detective Comics #233.

Gotham Knights features the Batman Family as players step into the roles of Batgirl, Nightwing, Red Hood and Robin, a new guard of trained DC Super Heroes who must rise up as the protectors of Gotham City in the wake of Batman’s death. From solving mysteries that connect the darkest chapters in the city’s history to defeating notorious villains in epic confrontations, players will confront an array of challenges as they evolve into their own version of the Dark Knight.

The trailer also offers a catchup on the story, which seems to take place after Batman: Arkham Knight, so it’ll be nice to see that version of the Arkham-verse continue.

Gotham Knights will be released on October 21st for PC, Xbox Series S|X, and PS5.