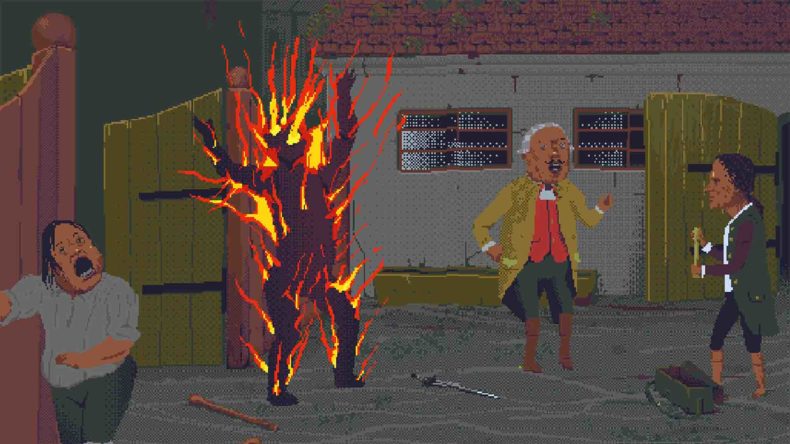 After a successful demo for Steam Next Fest, The Case of the Golden Idol now has a release date, October 13th.

The Case of the Golden Idol is a “narrative detective game set in an alternate 18th-century England where players must investigate 11 most strange and gruesome deaths spanning forty years. Something awful connects these tragedies, providing a wider mystery for the player to unravel”. It looks interesting, and who doesn’t love a good puzzle game, right? Here’s the release date trailer:

Each case is presented as a snapshot scene frozen in time. Players can freely search through these scenes in whichever fashion they choose to deduce the suspect, motive, and chronology of events. The player’s theory is then placed into an interactive notepad, which in turn will inform the player whether their theory is correct or not.

Challenging players’ abilities to think critically, collect crucial evidence, and interpret clues that will be key to their success, the brain-twisting gameplay will help reveal the true nature of the mysterious Golden Idol and those who covet it. Follow the forty-year journey of a cursed aristocratic family as you untangle a web of deceit and villainy in your hunt for the truth behind this dark conspiracy.

“In an age where success on PC seems increasingly predetermined by genre and streamer compatibility, Playstack is on a mission to also create success for developers who disrupt trends, break boundaries and most importantly deliver something uniquely outstanding. The Case of the Golden Idol is the perfect example of this. It’s fearless, ingenious and beautiful. We adore this project and take delight in seeing the overwhelmingly positive response it evokes from those who play it.” – Harvey Elliot, Playstack Chief Executive.

The Case of the Golden Idol is coming to PC on October 13th.