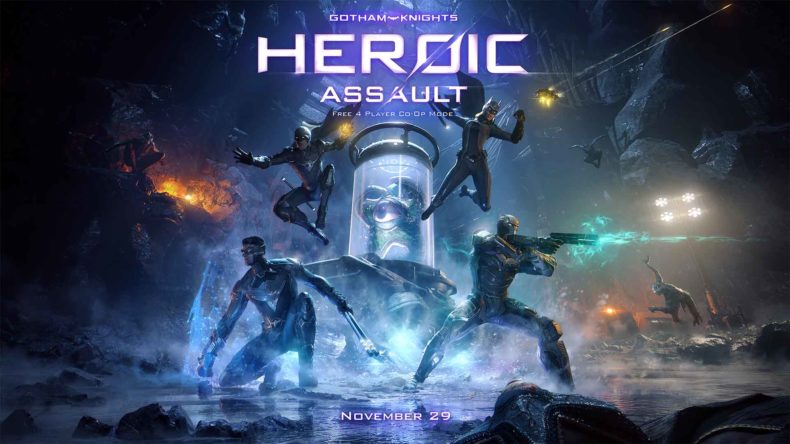 While both modes are free via a simple title update, both of the new Gotham Knights multiplayer modes are separate, standalone co-op modes. To play Heroic Assault you’ll have to reach case file 5 in the main story, while Showdown is unlocked when you’ve beaten the boss in each of the main villain case files.

Here’s the official descriptions of both new modes, along with a new trailer.

Heroic Assault is an online co-op mode that allows players to team up in squads of four and venture into the depths below Gotham City to face off against enemies and complete challenges across 30 action-packed floors. As seen in a newly revealed trailer, the mode features a new threat who is at the source of the chaos – the highly advanced alien lifeform Starro, the Conqueror, as well as the formidable half-human/half-bat hybrid Man-Bat, who is under Starro’s control.

Chris White thoroughly enjoyed Gotham Knights when he reviewed it, awarding it an 8/10 and saying: “There’s a lot to do outside the main campaign, and rarely does it feel arbitrary. Combat feels unique regardless of who you decide to play as, and there’s a reason to make use of all four characters throughout your time with it. I couldn’t stop playing, and I had a ton of fun throughout my time in Gotham. Traversal gets a lot better even if it does lack the fluidity of the Arkham games, and the stealth sections aren’t as tight as the should be. But despite these minor issues, I enjoyed the thirty plus hours I’ve spent with Gotham Knights, and there’s still a lot more stuff to do”.

The game and the free update is out now for PS5, Xbox Series S|X, and PC.