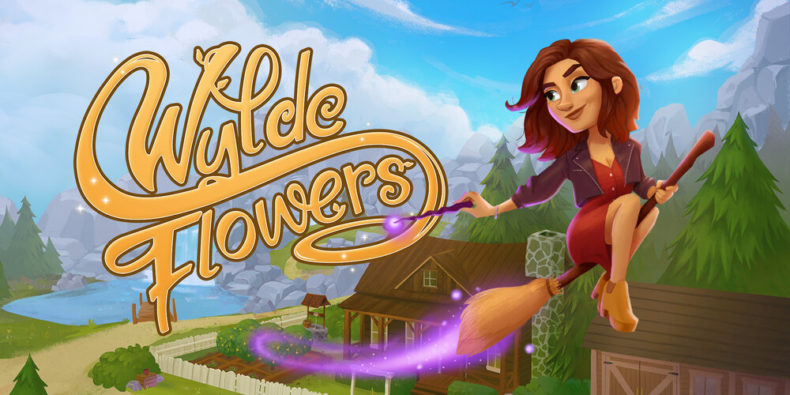 It can be hard to stand out in an ocean of farming games. Wylde Flowers has a whole host of things that set it apart from the pack though. The most obvious of these are the magic powers that protagonist Tara can use to help with the daily chores of farm life. There’s also the narrative focus that’s rather unique to the genre. My personal favourite aspect of Wylde Flowers though is the inclusivity.

Developers Studio Drydock wanted to make the world of Wylde Flowers a wonderful inclusive place for everybody, and they did a fantastic job. From the pride flag flying at town hall to vegan tags on food items, the team really did think of everything. I was fortunate enough to interview Amanda Schofield, Creative and Managing Director of Studio Drydock about the focus on inclusivity and other lovely elements of Wylde Flowers, and now I want them to take me in and look after me.

Lyle Carr: Firstly I just want to thank you so much for making such an inclusive game. From the opening shot of the town hall with the pride flag fluttering in the breeze, I just felt safe and happy to be in the world of Wylde Flowers. Was it a deliberate decision to start the game with that visual?

Amanda Schofield: Our absolute pleasure! It wasn’t initially intentional. We were adding the sweeping camera reveal and it naturally fell into the shot heading down the stairs. As soon as we saw people’s reactions and how quickly it established the tone of the game, we loved it. 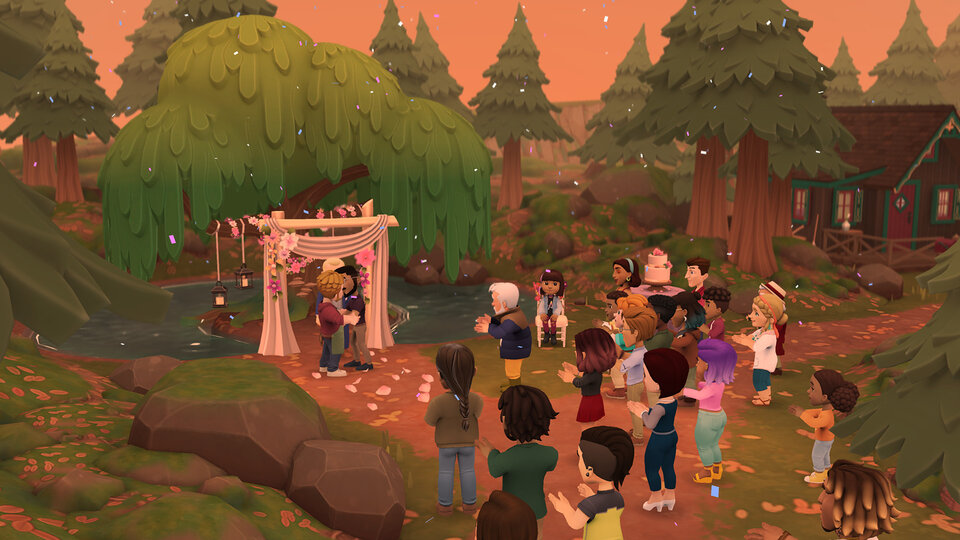 LC: Inclusivity was obviously important to you in developing Wylde Flowers. How did the team decide on what inclusive elements they wanted to include in the game?

AS: There were lots of different goals we were trying to satisfy when building the cast. We needed interconnected relationships for the town so it felt lived in, we had a bunch of occupations that needed filling, we had people who needed to fulfil roles as part of the plot and we had to make sure we had a number of love interests to potentially choose from. When building characters it was more about finding matches between a bunch of our goals and then seeing what backgrounds and experiences that naturally suggested. There were so many more ideas we would have loved to try, but the ones we have were the strongest choices for what we needed to accomplish with each character.

LC: I thought it was an interesting decision to include the backstory of the main character Tara as previously engaged. How did the team decide on Tara’s character and backstory, and did it evolve much during development?

AS: Having a predefined protagonist was a big part of making Wylde Flowers unique. Conversations with townspeople feel more real because we can base them on Tara’s personality and history rather than needing to keep her neutral. The motivations for Tara coming to the island were a big part of that, but this created a thorny problem for us.

We wanted the player to be able to find love with the character that suits them, but Tara might have a backstory that conflicted with that. The writing team came up with a super clever solution in letting the player “remind” Hazel of who their previous love interest was to establish a past so that we could build off that but also be true to the players’ story too. 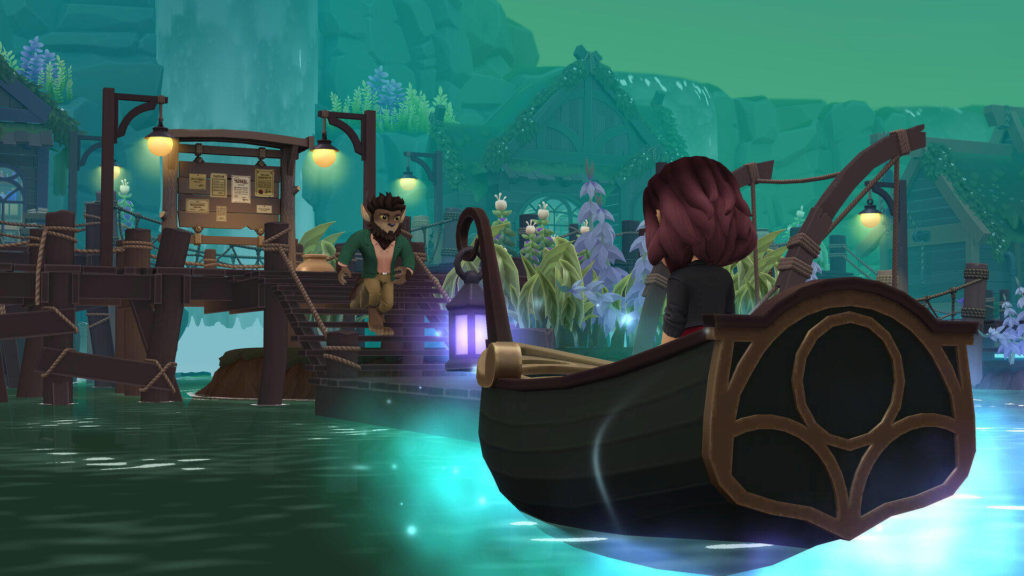 LC: I don’t think I’ve ever seen another game include vegan tags on food items before. Where did this idea come from?

AS: A lot of our decisions are derived from a central goal to represent as many different kinds of people as we possibly can. The vegan tags were driven by that as well, but also hit on another goal about us bringing the life simulation genre a little closer to feeling like the real world. We needed to do that to make our stories feel more relatable, so we were looking for ways to exhibit that in the world, too. Having a butcher where players can trade their animals for meat was part of that.

Meat comes from animals, so if you raise animals and also cook meals, it felt like a great opportunity for players to confront the decision they’re really making every time they eat meat. No judgement! It was just a novel idea that a game can make them confront for themselves with no wrong answer. To balance that, we needed to let them live a life where they choose not to eat meat and the vegan options are there to support that play style. It’s not entirely possible to play the game vegan as there are some required fishing quests, but we try to keep it out of the main story as much as we possibly can.

LC: The diversity of the cast is so heartwarming to see, and means there’s someone for everyone to connect with while playing. Do any members of the team have personal favourites?

AS: Yes! Everyone in the team has favourites, here are a few:

Alexandrá Lu, QA: Francis! He’s a standout for me in part because of much fun of a character he was to record. I remember his first VO session pretty vividly because of how much excitement there was over the number of latinos in that day–Desiree and I are both Puerto Rican, Krizia is Cuban, Alexis De La Rosa (Francis’ voice actor) is Dominican, so we were all bonding over a lot of the character/writing details. He also had free range to ad-lib some Spanish into his lines, which not only fit right in perfectly, but amped up the energy in the studio. It was a lot of fun’.

Ashley Courchen, Programmer: I’m going to say Thomas. He was the primary reason why I applied for the job at the studio. It was refreshing to see a native man that didn’t fall into any of the outdated tropes about Indigenous peoples — he is just a regular ole dude living his life. And without giving away any spoilers, the fact he has a love interest is incredible. Native men are rarely humanised to that extent in popular media.

Nyasha Bryant, Writer/Narrative Designer: Finn & Emmi. As a black woman and a writer, it is a joy to see a pair of brown-skinned children embrace their passions and be embraced back by not only their family, but surrounding community. They embody the kind of carefree sweetness and opportunity to enjoy their childhood that Black children in real life are not often afforded the same chances to experience. Though they often get into mischief, it isn’t truly demonised — their community and family instead choose to see the kids’ cleverness, burgeoning passions, and kind hearts. They’re children who get to be just that, but are still acknowledged as complete human beings with the ability to learn, change, and grow. 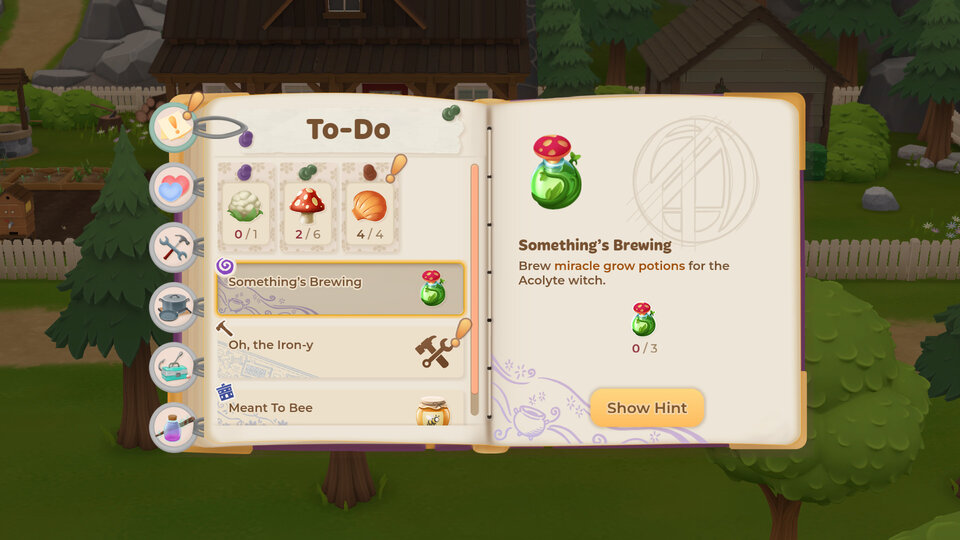 LC: Having such a narrative focus in a farming game really helped those characters shine through. Did you always plan on Wylde Flowers being more story driven than others in the genre?

AS: Yes, this was the main point of differentiation we wanted to focus on. That said, at the start we had no idea just how far we were going to take it! We initially hadn’t planned for voice over or cinematic cutscenes. Voice over was an option that only became possible when Apple became our publisher and after we heard the incredible story told by our equally incredible cast, nothing would do but that we built the cinematics to match.

LC: The voice acting is fantastic too. What was it like working with all the talented people, like Cissy Jones and Valerie Rose Lohman, who provided voices for the game?

AS: Truly an absolute joy. They are such a kind and talented group of people. Even outside of their voice acting work, they have been so generous with their enthusiasm and interest in helping support us spreading the word about Wylde Flowers!

The performances were so incredible that there were some sessions where the voice actor was crying, the crew was crying and the writers were crying, so if some of those performances sound real, I can promise you they were! Equally, there were so many sessions where I had to mute myself so that I wouldn’t drown out the actor with my belly laughing. 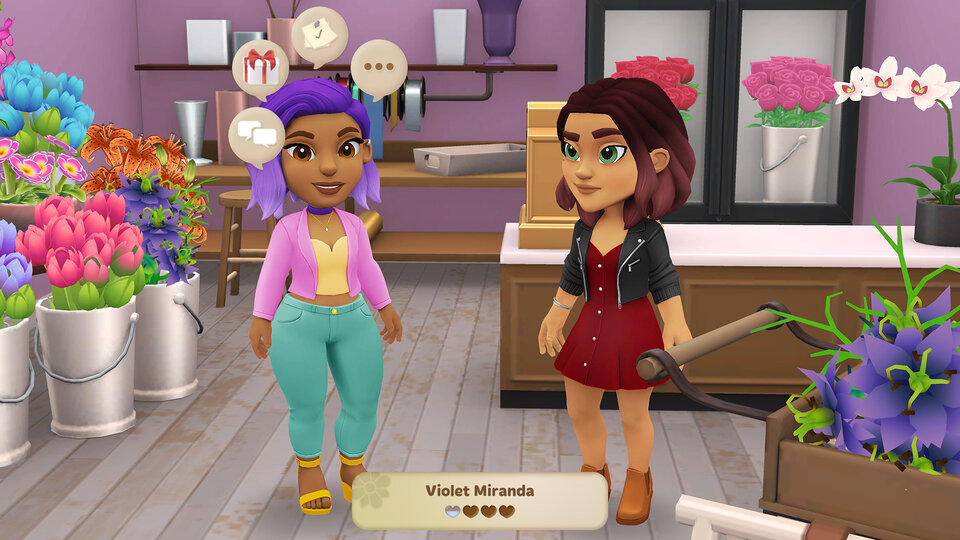 LC: I believe the team at Studio Drydock is a team made up of predominantly women. I’d love to know more about the studio in general, and if it was always planned to be a majority female team.

AS: Our intention as a studio from the beginning has been to create games for an audience of predominantly women and historically underrepresented groups. We believe to build a game targeting a diverse audience, that diversity needs to be reflected in your team. Helped by our asynchronous style studio, we’ve found ways to bring in people from all different cultures and backgrounds spread across the world. This helped us to bring nuance and representation to every aspect of development.

We designed all of our hiring practices and in-house processes around the goal of furthering representation of women and under-represented peeps. We worked really hard in the early days to make sure we held off interviews until we had a good balance of diversity in the candidates we were interviewing. It was hard going at first, but once word gets around about your studio culture and people see you’re really living the values you set down, it gets a lot easier to find people that bring their own uniqueness whatever that may be to the role as well as their skill!

Wylde Flowers is out now for PC, iOS, and Nintendo Switch.